Over One Trillion Five Hundred Seventy-Three Billion in Shares Sold

The New Order of Highsec is the most vibrant and vital part of the EVE experience. 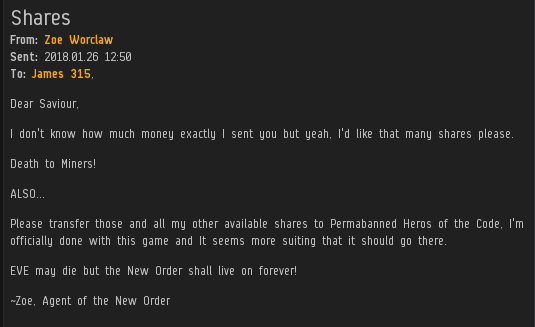 ...Partly because even when people leave the game, they send us their isk and we only grow stronger. Remind me again why player retention is a good thing?

Zoe Worclaw purchased 875 shares, which took us past the 1,572 billion isk mark and earned the Permabanned Heroes of the Code another Supreme Protector's Tip of the Hat™ by proxy.

Funny story: The Agent commended by Tarth Mikakka in this EVEmail also purchased shares this week, but not enough to earn a Supreme Protector's Tip of the Hat™. Yet the Agent inspired Tarth, who bought more shares--500 to be precise--which took us past the 1,573 billion isk mark and earned him a Supreme Protector's Tip of the Hat™. You see? I told you this story would be funny, and I delivered.

Agent Australian Excellence and his fellow gankers have been killing a lot of freighters and jump freighters lately. You may have noticed the carebears' screams. 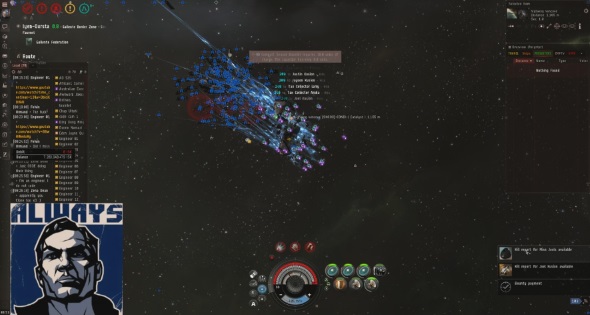 Streamable Video
One of the ganks was filmed for your viewing pleasure. It's just a nice, casual video hosted by Streamable.

Someone sent me a piece of New Order artwork by email without leaving an in-game name. Who gets the credit, then, you ask? Maybe it should be dedicated to the Permabanned Artists of the Code. (EDIT: Agent Count Ragnar Danneskjold has taken credit for the piece.) 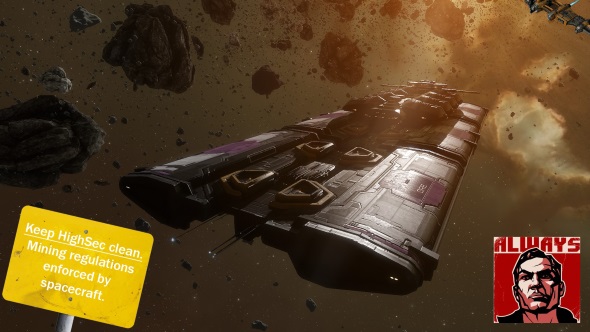 Click for full-size version
Look at that elite signage. So much for all the miners who claim they weren't warned about the Code.
Posted by MinerBumping at 19:04