People sometimes ask, "How do I fit my ship so I won't get ganked and end up featured on a Kills of the Week post?" Well, here's the way I look at ship fitting: All good fits are alike--they comply with the Code. But every bad fit is dysfunctional in its own unique way. Let's look at a few of these, from the week of September 30th @ 00:00 EVEtime through October 6th @ 23:59 EVEtime: 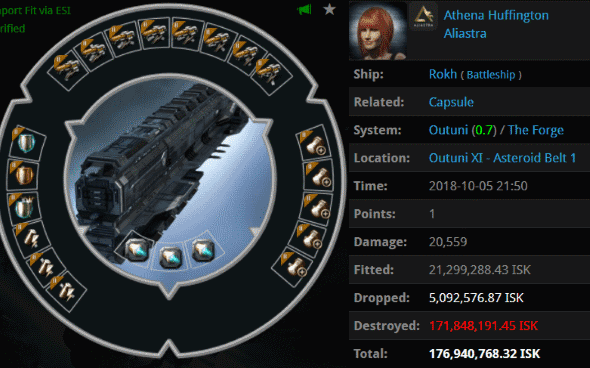 KILLMAIL
Athena Huffington thought she could get away with murder. Her mining battleship (*shudder*) was octuple-anti-tanked. But Athena compensated for that flaw with a capacitor tank. So it's a total mystery how her ship managed to die. Agents Max August Huffington, Alt 00, Augustus De Morgan, Alt Proxy, Celeru, Niels Henrik Abel, Ernst Steinitz, and Alt 0 somehow overpowered the capacitor tank--through sheer force of will, one supposes--and gave the horribly abused battleship some peace at last. 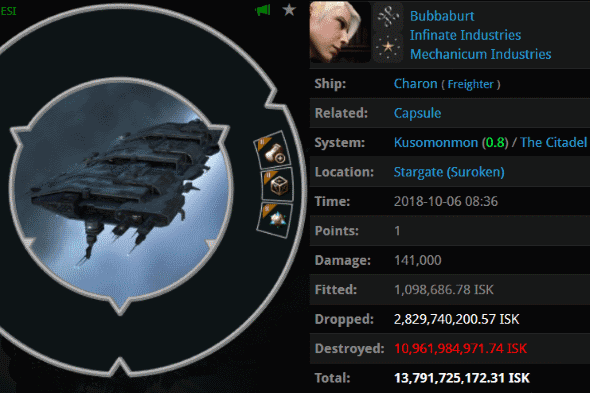 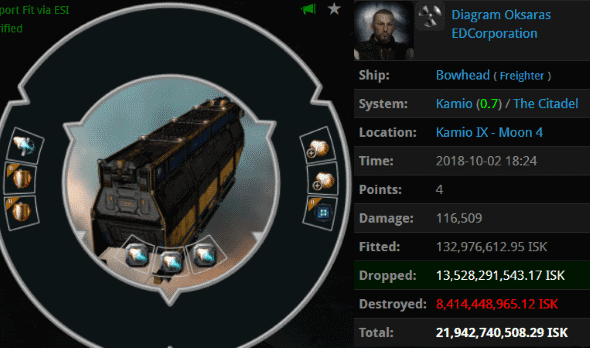 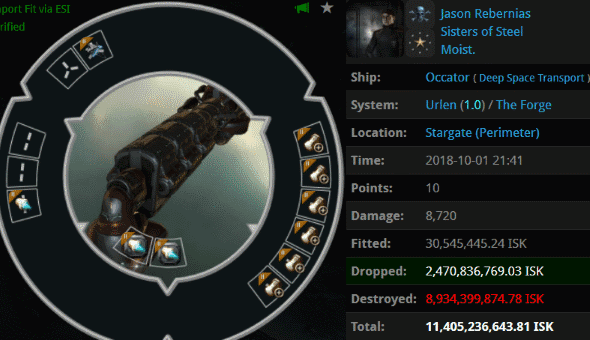 KILLMAIL
These Deep Space Transports are getting ridiculous. Jason Rebernias had 11.4 billion isk worth of stuff to haul, so he made sure to anti-tank his Occator as much as he possibly could. Jason left two of his midslots empty; he didn't want to burden his ship with any more hitpoints than it already had. Having perfectly set himself up for failure, Jason was blapped by a pair of Tornadoes piloted by Agents Gandor Ironfist and iZaEaRl. 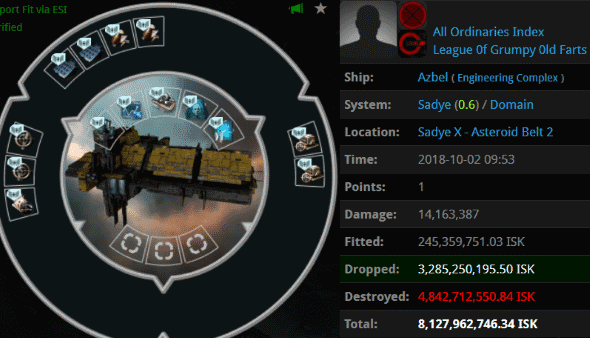 KILLMAIL
All Ordinaries Index corp of League 0f Grumpy 0ld Farts alliance found itself on the receiving end of a number of wardecs. As a result, its 8.1 billion isk engineering complex came under attack by an extraordinary joint fleet consisting of Mercenary Coalition, P I R A T, and, of course, the New Order. No doubt the carebears who lost their Azbel joined the chorus of "Remove wardecs now! For the sake of new players!" 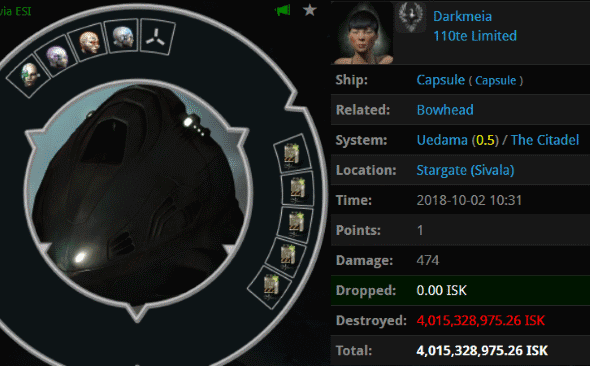 KILLMAIL
Darkmeia went to Uedama and did what bot-aspirants do there: She went AFK and lost a 6.8 billion isk Bowhead. Agent holdmybeer was on standby with a smartbombing Maller--costing Darkmeia another 4 billion isk.

That's an odd set of implants for a Bowhead pilot. Now Darkmeia has no Bowhead and no implants. A much better match, I would say.
Posted by MinerBumping at 20:09