You've heard the saying, "No good deed goes unpunished." Then came the Code, and all was set right. Now we have a new saying: "No bad ship goes unpunished." For the proof, see these kills from the week of October 14th @ 00:00 EVEtime through October 20th @ 23:59 EVEtime: 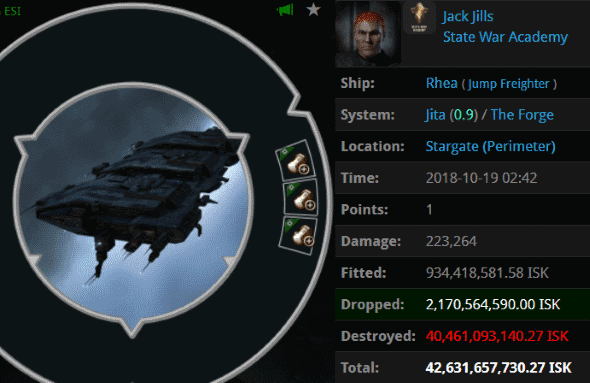 Jack Jills went up to Jita and broke his crown--among other things. Jack didn't have a mining permit, you see. Nor did he have the good sense to teleport his jump freighter to safety. No matter--I'm sure he didn't mind losing 42.6 billion isk anyway. 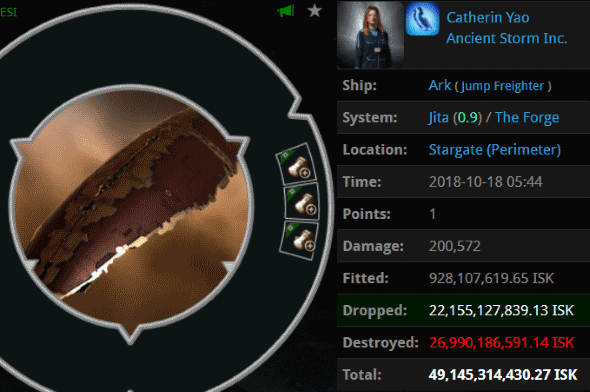 Chatherin Yao gambled it all--and lost. Catherin flushed 49 billion isk down the drain when she chose to violate the Code in Jita. Many, many taxes were collected that day. 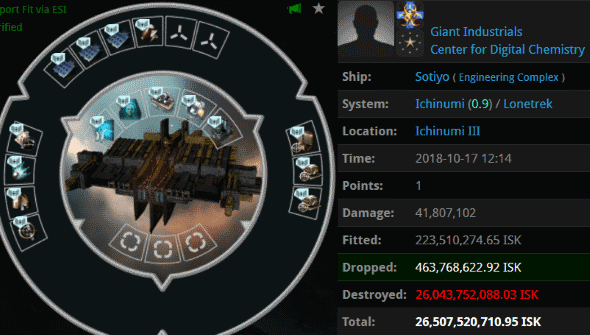 Giant Industrials corp lost its 26.5 billion isk engineering complex after being subjected to an agonizing campaign of bullying and harassment. Isn't that what they're saying about wardecs these days? Agents Kissemurra, Blazing Pancake, Ice is Nice, Discofitta, Delicate Feminine Flower, Chocolate Rainbow, Sigrid Tystnad, Love Humps, Dominated, Jathrine, Rainbow Cake, and Kermakakku brought a fleet into battle. They couldn't lose. Some would say it's because wardec mechanics magically make the aggressor invincible. They're wrong. Only the Code can do that. 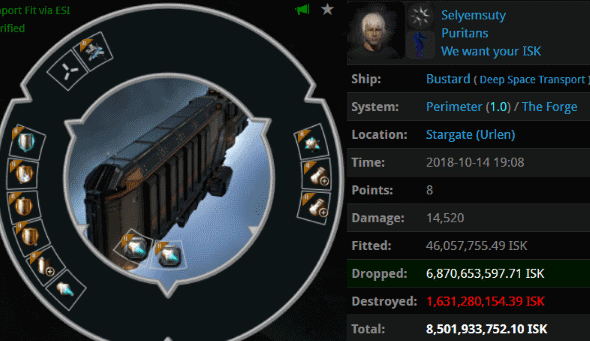 Selyemsuty laughed at the jump freighter pilots who manage to lose billions of isk while AFK autopiloting through highsec. He laughed because he knew he didn't need a jump freighter to do that; he had a perfectly good Bustard that could do the same job. Agents Gandor Ironfist, iZaEaRl, and Spazmongloid brought in a trio of Tornadoes and detonated 8.5 billion isk worth of contraband. 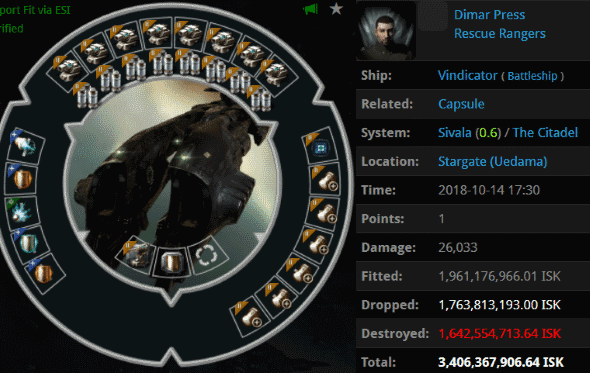 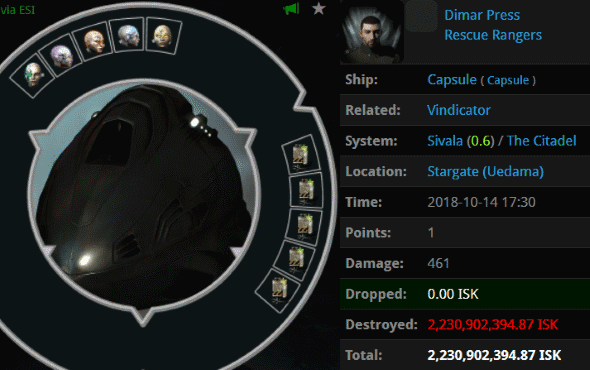 Not unlike Dracula himself, who often needs to be killed a few times before he's finally done and dusted, Dimar Press emerged from his blingy cargo Vindi as a blingy Capsule. Agent Jimmy Kusion drove a stake right through his heart. 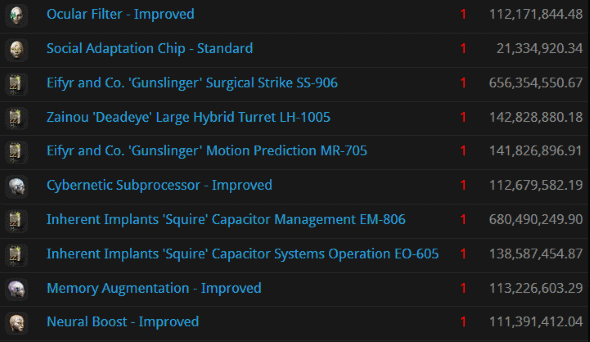 That's 2.23 billion isk worth of implants that will never see the light of day again.
Posted by MinerBumping at 20:05