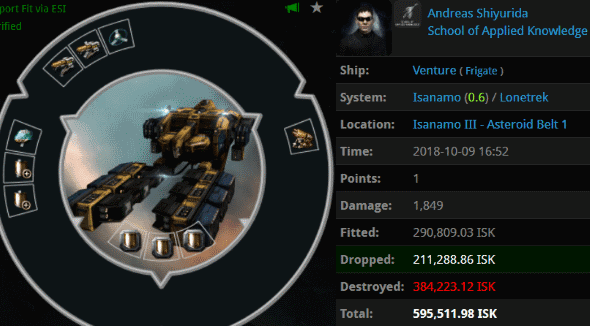 What's worse than losing your Venture because you were caught mining without a license? 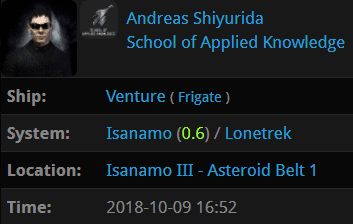 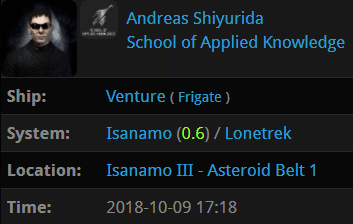 ...When the same thing happens in the exact same place 26 minutes later.

A month later, Andreas Shiyurida was back in the Isanamo system. By now, however, he'd learned to watch local. He was even warning his fellow miners to dock up! 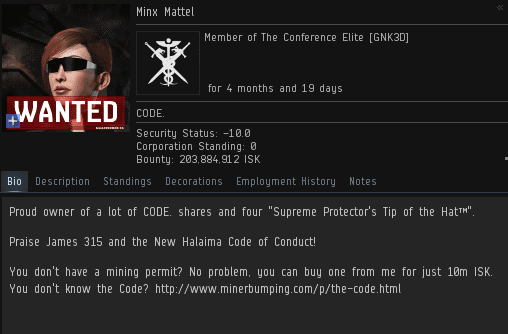 The "evil pirate" in question was Agent Minx Mattel. If Andreas were a good, decent miner, he'd find an Agent's presence comforting.

Andreas tried to turn everyone against Minx. He completely neglected to disclose the fact that he'd been ganked by Minx before--an obvious conflict of interest.

(And yes, as you might guess, the "innocent new player" was old and guilty.)

Code enforcers don't shoot people randomly. They only kill those who deserve to be killed. 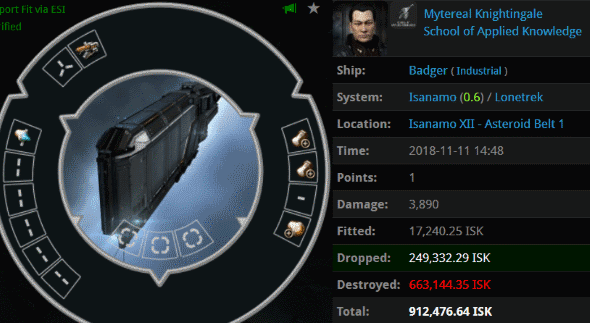 At that very moment, in fact, Minx was killing a mining Badger who most certainly deserved to be ganked. Andreas had no rebuttal, so he remained silent. 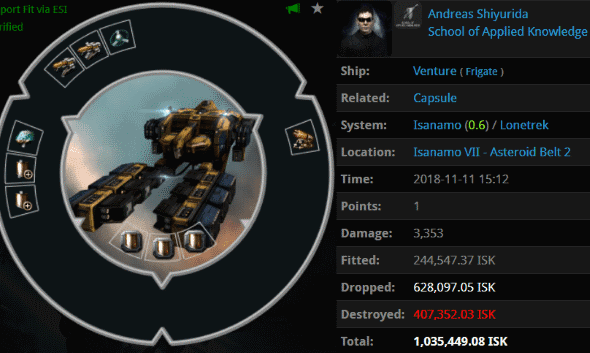 Or maybe he was just AFK.

Tsk. Andreas made the classic mistake of not docking up before showing disrespect to an Agent in local. Instant karma.

The miner remained outwardly defiant, even though he'd been smacked with the truth of the Code right in the face.

If we're not allowed to kill everyone, then why is the mighty CODE. alliance so good at killing everyone? Everyone who deserves it, I mean?

Andreas wasn't interested in hearing Minx's sage advice. He wanted another Venture, and he wanted Minx to pay for it. On the surface, it seemed like an absurd request. Surely Andreas had no chance of getting reimbursement for his loss under these circumstances.