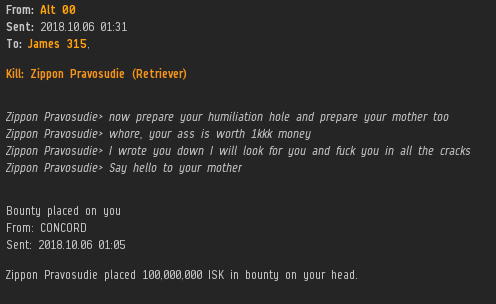 Spend 100 million isk on a bounty instead of 10 million on a permit? That's miner logic for you--and another edition of the Highsec Miner Grab Bag!

Mytereal Knightingale was convinced that he had nothing to learn from our Agent. Mytereal knew it all, apparently. Let's see what this expert EVE player was up to: 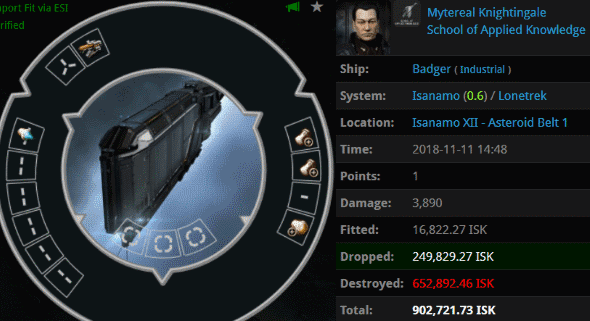 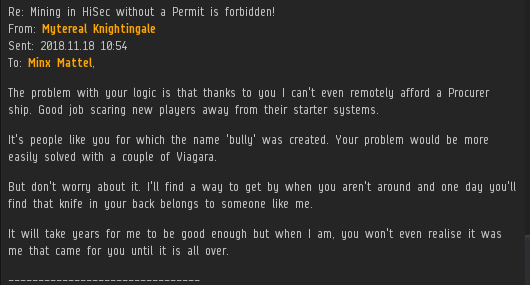 "Years"? I guess that means the New Order retained another subscriber--and for the long-term, at that.

I never did call him. I find EVEmail more convenient, actually.

Carebears, say what you will about our Agents, but they're decisive. And they really do want to gank you.

Trouble Shaile violated the Code and lost everything he had. Nevertheless, it was Trouble who had a lesson for our Agent.

The mighty CODE. alliance has destroyed over 275,000 ships. Sometimes I wonder if we're ever going to gank this "wrong person".

What's wrong with our site? 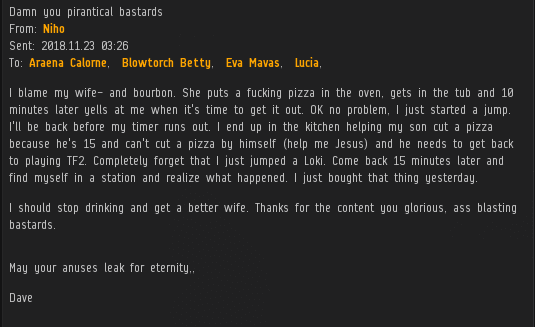 Word to the wise: A mining permit is less expensive than a divorce.

Always!
Posted by MinerBumping at 18:01