Bhaalgorn in Flames: Enemies of the New Order Lose a Faction Battleship

I always know I'm in for a treat when a conversation with Agent Neltharak Idrissil begins like this: Those who have been following this blog need no introduction to Neltharak. A member of Arctic Dungeon (a corporation loyal to the New Order), Neltharak has been bringing justice to Isinokka, a mining system in northern Lonetrek. Not long ago, Arctic Dungeon wardecced a corp that refused to obey the Code and killed one of their tengus.

Miners of The New Eden Initiative (TNEI) also refused to obey, and they found themselves on the receiving end of their own wardec. Because of Arctic Dungeon's declaration of support for me, I ended up getting complaints from TNEI's spokesman who, as it turned out, isn't a member of TNEI.

Neltharak was able to clear up the confusion: The diplomat, Ahkala Dheorin, is the CEO of Mjolinar Shipyards, which was hired to protect TNEI. Rather than joining the war as TNEI's ally, Mjolinar Shipyards simply fired off a wardec of its own against our heroes.

It didn't take long for Neltharak to get a chance to punish Mjolinar Shipyards for its impudence. Ahkala was flying a rifter for some reason, and she got de-riftered and podded, losing 460 million isk of implants. (Killmail.)

Arctic Dungeon had good intel on Mjolinar's next movements; they were relocating to Poinen. Poinen is relatively far from Isinokka. It's in The Forge region, and the last time I was there, it was a hotbed of Red vs. Blue activity. 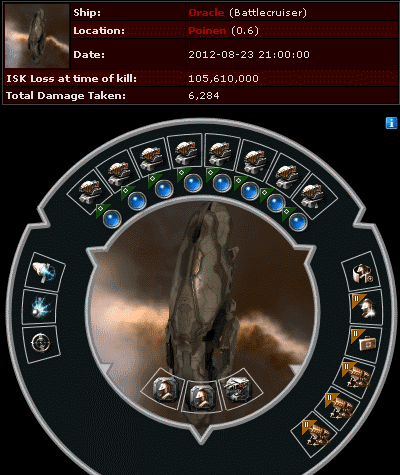 But the real prize was yet to be had. Ahkala went back for her most prized vessel, a bhaalgorn faction battleship. Just seventeen minutes later, it was lost. 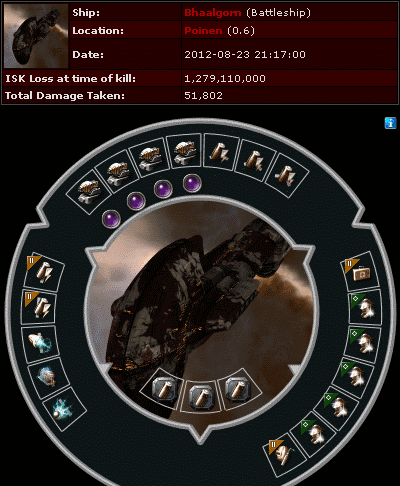 Another 1.2 billion isk down the drain for the infidels. (Killmail.) Showing sportsmanship as always, the Arctic Dungeons duo dropped a "gf" in local.

After Neltharak informed me of the devastating losses inflicted by the New Order against the rebels, I decided it would be a good opportunity to open up peace talks with Ahkala. But that is a story for another day.
Posted by MinerBumping at 01:37