Heroes Beat Back the Rising Tide of Violence

Earlier this week I wrote breathlessly of the multiple assassination attempts made against me. It seems these attacks are part of a growing trend of violence against the New Order: My Agents have also been reporting encounters with such terrorists. I'm pleased to say, according to these reports we have lost no bumping ships. Our enemies were not so lucky. 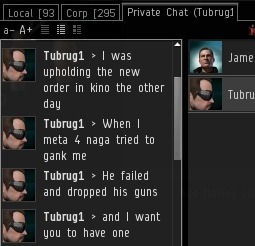 I have in my possession one of their instruments of war, which is now a trophy sitting on my desk.

Agent Dilbert Jenkins has come under repeated assault by the reactionary forces.

In addition to the thrasher attack, one desperate miner fitted up a smartbombing battleship. He failed to kill Dilbert, but he did manage to knock out four nearby miners. This report was verified by another of my Agents.

I was forwarded the EVEmail sent by the not-so-smartbomber, in which he threatened to take down our "toons". Note the miner's belief that Agents of the New Order are my alts. That delusion is so last month. 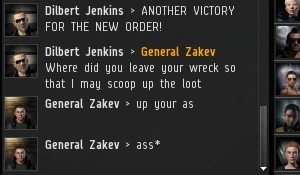 These assassins tend to show poor sportsmanship, with nary a "gf" in sight.

Thrashers appear to be a favorite weapon of our enemies; Agent Pootis Man also encountered one (and I've dealt with a few myself).

Pootis later came under fire from a pair of vexors who dared to strike in the very heart of New Order territory. 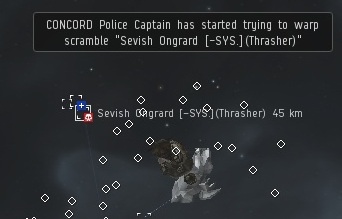 Pictured is a terrorist attack made by yet another thrasher, which I personally witnessed. Agent Johnny Wombat was the target; his stabber emerged victorious. The bravery of our soldiers is an inspiration. And the cowardly actions of our enemies serve as a reminder of what we're fighting for!
Posted by MinerBumping at 18:32