In late June, when I took control of Halaima and announced the creation of the New Order, I came under frequent attacks from our enemies. They wanted to stop the movement before it started. My Invincible Stabber proved its worth, and I emerged undefeated. Aside from one day of violence, the period of time around our expansion to Kino was one of relative peace--a peace earned on the battlefield. There were times that I could fool myself into believing that peace would last forever. But it was not to be. 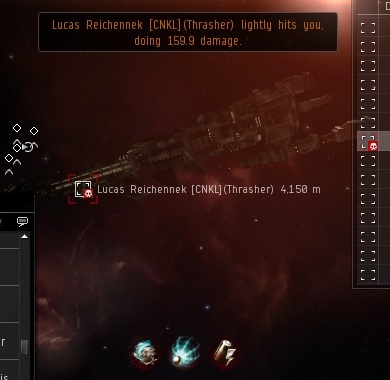 While enjoying a bit of bumping in Halaima, the citadel of the New Order, I was suddenly and deliberately attacked. 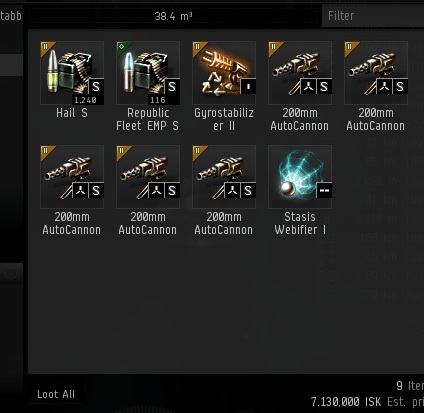 My shields were savagely stripped down to 95% before the suicide ganker met his fate. I made 7 million isk in loot from his wreck. The modules left behind gave me some idea as to his fitting--but his state of mind? A mystery. 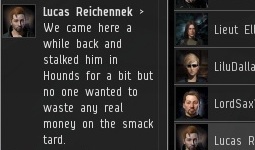 The would-be assassin confessed that this was no mere flight of fancy: The operation had been in the works for some time. But his co-conspirators had lost their nerve. 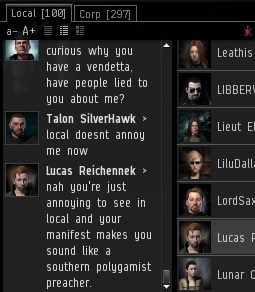 I was interested in learning if he had been poisoned against me by enemy propaganda, but he wasn't giving up any more details. Satisfied that this was an isolated incident, I went back to work. But a few days later, this warning screamed across my overview:

A suicide ganker in a merlin? Madness. 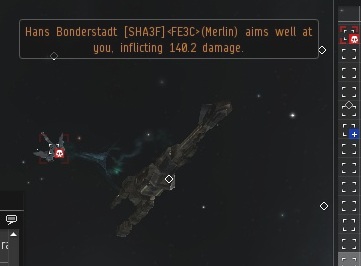 My eyes did not deceive me. 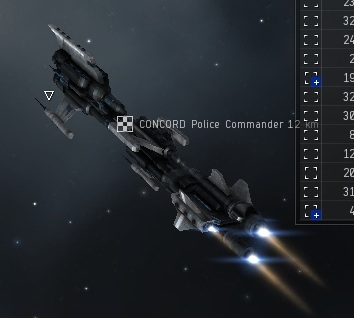 Concord arrived. They played a small but useful role in the battle that ensued, destroying the merlin. My shields buckled but did not break, holding steady at 98%. 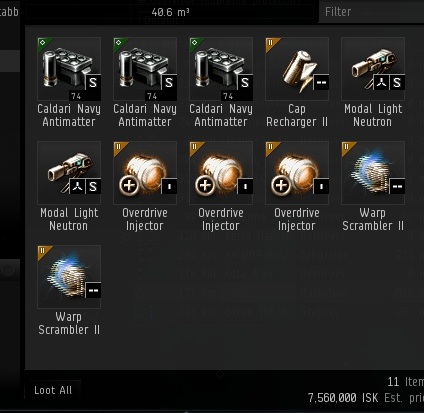 New Order loyalist Steve the Pirate was on hand. He attempted to reason with the attacker.

Agent Dilbert Jenkins celebrated the victory. But the terrorist seemed to have been emboldened by the level of damage he was able to inflict. 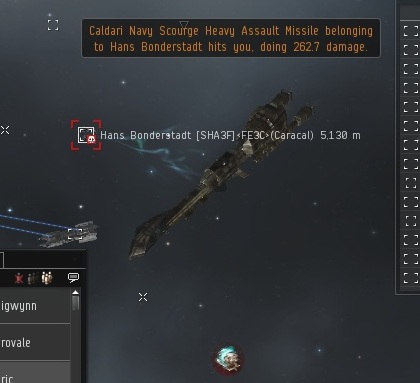 Having tested my defensive capabilities, the terrorist decided to bring out the big guns. He upgraded to the best suicide ganking ship at his disposal: The dreaded caracal. 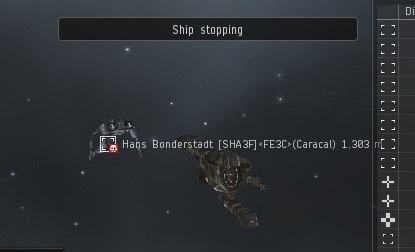 Since Concord was already in the ice field from his previous attack, he was jammed and tackled immediately following his first missile salvo. There was kind of an awkward pause while I waited for his ship to blow up. 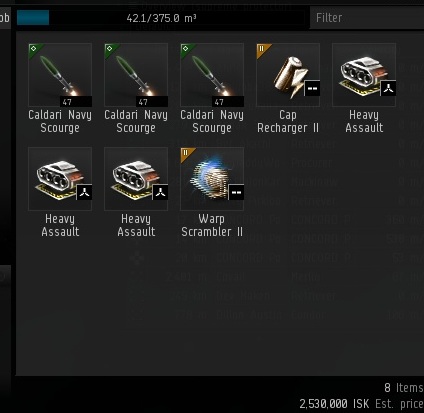 I banked another 2.5 million isk at zero cost. The bumping business remains profitable. However, I didn't spend the rest of the afternoon counting my money. With compassion, my thoughts turned to the poor souls whose desperation moved them to commit these senseless acts against me. Who had taught them to gank this way, and with these setups?

Did these assassination attempts signal an end to the Pax 315 we had enjoyed this month? Perhaps we shouldn't be so surprised. Most plots against me are foiled in the planning stages, like the rebellious miner's attempt to hire assassins on Reddit. The war, I fear, has only just begun.
Posted by MinerBumping at 23:19