The New Order of Highsec scored another victory in the newly-acquired Kino system on Friday as I repelled two attacks against my Invincible Stabber; the failganks involved a total of three hostile ships.

After my peaceful, profitable arrival earlier this week, one might have gotten the impression that Kino's miners had a better attitude toward the New Order than their counterparts in Kamio and Halaima. Not so. Since then, the system has been convulsed by rebellion and disrespect aimed against the new regime.

The desperation of the insurrectionists is clearly seen in the bizarre lengths they went to in conducting their recent attacks. First, a merlin inexplicably attempted to kill me with smartbombs. 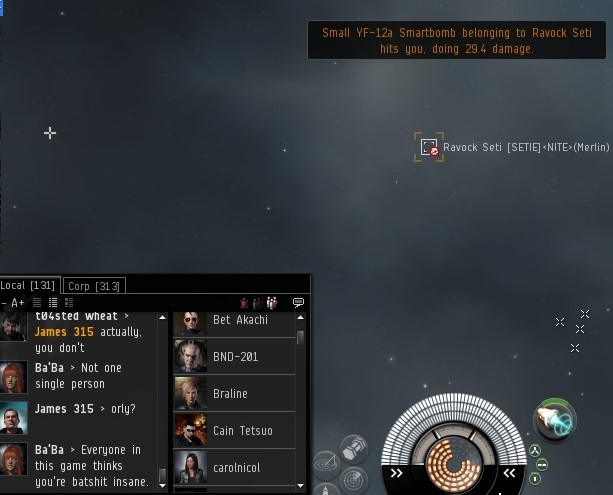 After this failed to bring my shields below 99%, the attacker re-shipped, opting for a more traditional ganking ship: a thrasher. 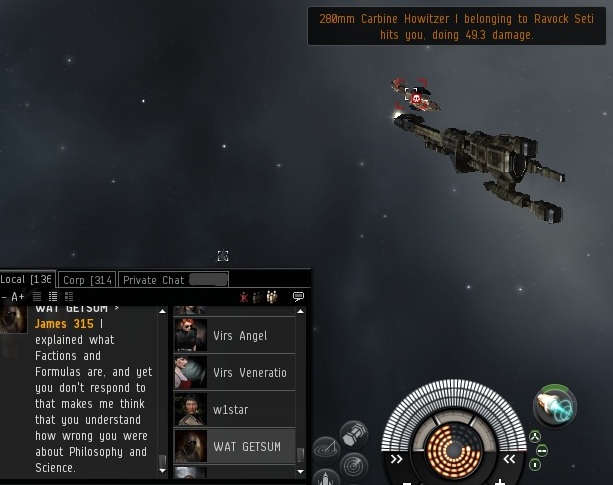 As usual, the gank was poorly executed. However, bringing a sliver of damage to my shields prompted another treasonous miner to think it was time for a popular uprising. He seized on the opportunity by using his stabber--intended for counter-bumping--to attack me. 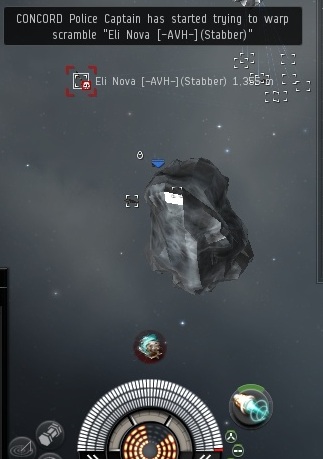 As you would expect, he didn't have much luck either, and his ship underwent the wreck transformation process for which all who oppose me are destined. 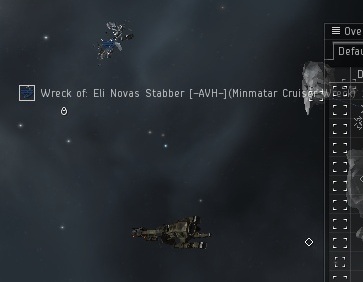 What's notable here is not that these attackers failed miserably--there's certainly nothing new in that. Rather, it is the unorthodox use of non-ganking ships and utter disregard for things like DPS, EHP, and common sense. If this is the best our enemies have to offer, it's no wonder why my Invincible Stabber remains undefeated and the New Order has expanded without breaking a sweat.
Posted by MinerBumping at 23:49