Your wish is granted. But the many deaths will be those of non-compliant miners. When wishing, always take care to be specific. 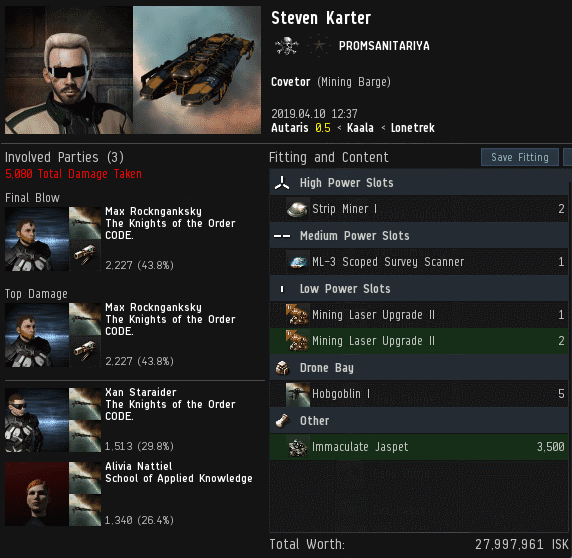 Our Agents arrived in Autaris and ganked an untanked miner. When a Code violator loses his ship, it's always a cause for celebration. 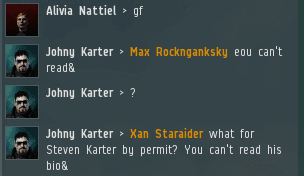 ...But not everyone knows how to party. 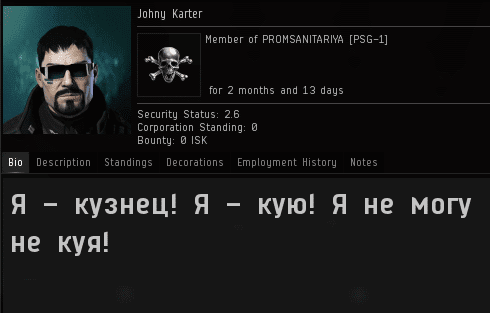 I am a blacksmith! I - forge on! I can not forging! 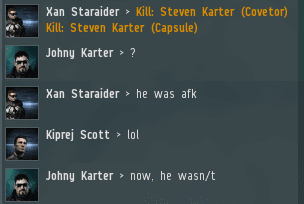 Johny insisted that he had been at his keyboard during the gank. Our Agents thought otherwise. The destruction of the miner's pod (which could have warped away instantly) suggests that the Agents were correct.

Johny would know a thing or two about being AFK. He once lost an Orca to NPCs in highsec. 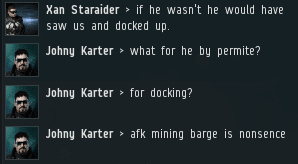 The miner insisted that he couldn't imagine why anyone would buy a permit and still mine AFK. Johny was correct in saying that it would be nonsensical to do so. But the sad truth is that bot-aspirants engage in a lot of nonsense.

Johny was disgusted by the incident. He had been cheated once again by the children of perfidious Albion. Then he made a cryptic remark:

in short, I betrayed your bodies to your body, and the axis was my reproductive organ

After leaving the system, Johny switched to the alt who had been ganked and replied to the termination notice he'd received. He produced evidence meant to prove that he'd been at his keyboard during the gank.

I was NOT afk. Why:
I gave your body rotation, so that the axis in that think of the ring can

Even after reviewing all of the new evidence, our Agent determined that the miner had indeed been AFK.

The miner stuck to his story.

I repeat:
I betrayed your body to your rotation, so that the axis in that think of the ring can

I am not going to waste any more.
And not going to read English nonsense. you want to write something - write in Russian 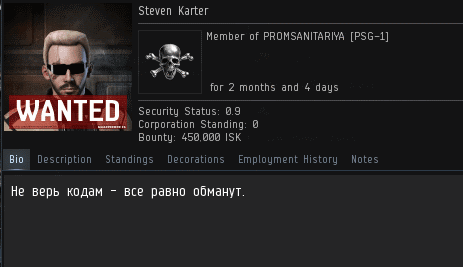 With the revocation of his mining permit, the miner was forced to remove the permit from his bio. He replaced it with a chilling warning:

Do not believe the codes - still deceived.