We see you, miner. You think you commit your acts of disobedience to the Code in secret--but you are being closely monitored. Our Agents have taken notice of your guilt. And when they feel like it, they'll kill you. If you assume your time will never come, feast your eyes upon your fellow bot-aspirants who were brought to justice during the week of April 21st @ 00:00 EVEtime through April 27th @ 23:59 EVEtime... 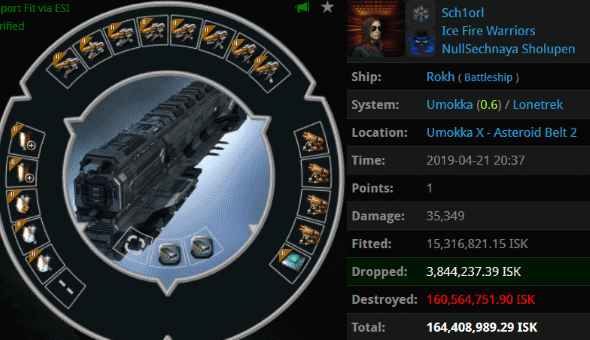 KILLMAIL
They're back! Sch1orl is one of a handful of Rokh miners who were ganked this week in highsec. When the Agents of the New Order kill enough exhumers and mining barges, carebears resort to using battleships. They die all the same. Agents Geronimo Wilson, AGBee 911, AGBee 513, AGBee 221, AGBee 400, AGBee 222, AGBee 223, and AGBee 224 released this battleship hull from its terrible fate. 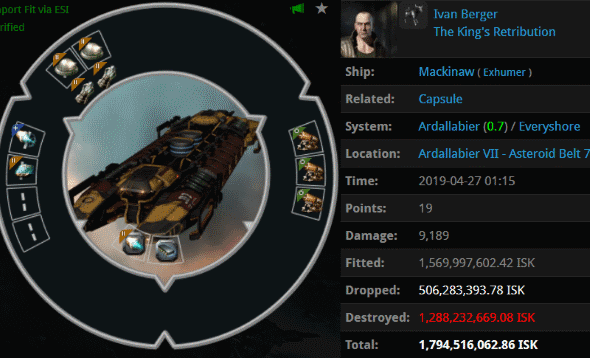 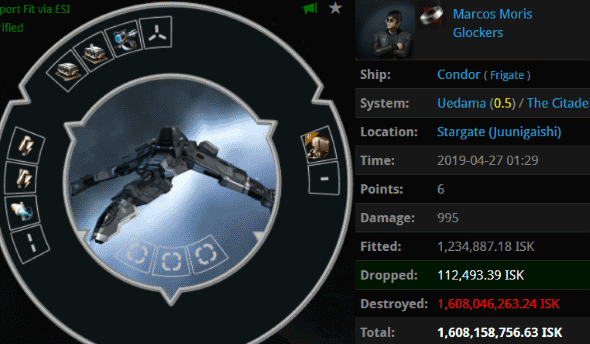 KILLMAIL
No, Marcos Moris, you can't safely haul your stuff through Uedama with a fail-fit frigate. There's no way to get contraband past our vigilant Agents. Agent Eva Solberg popped the Condor and its precious cargo:

Carebears, you'd be better off with a daily injection of the Code. 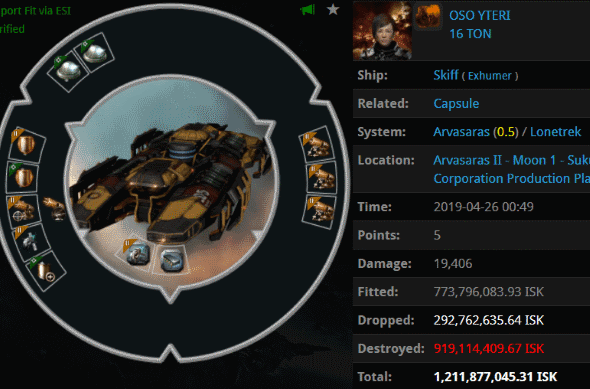 KILLMAIL
The myth of the invincible Skiff has been busted again and again, but OSO YTERI couldn't believe it until her own 1.2 billion isk Skiff was incinerated by Agents Eva Mavas, Araena Calorne, Lucia, and Blowtorch Betty. Remember, miners: Non-compliant Skiffs still die, though it would probably be a smart idea to actually tank your tanky ship. 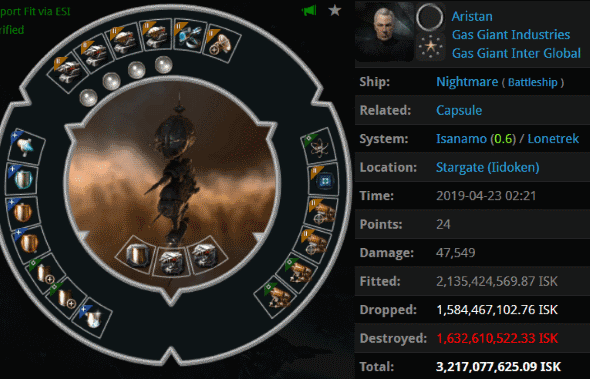 KILLMAIL
What is there to say about Aristan's 3.2 billion isk faction battleship? To be sure, 'twas a foul and decadent beast. But at least Aristan didn't equip it with mining lasers. Agents Eva Mavas, Araena Calorne, Lucia, and Blowtorch Betty killed the Nightmare and caught its 1.6 billion isk pod. 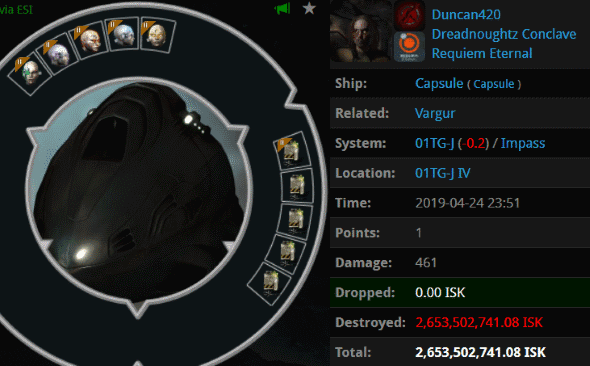 KILLMAIL
Did you know that carebears sometimes bring their blingy pods and Marauders into nullsec? It's true. Duncan420 lost a 2.1 billion isk Vargur before Agents Blaran Falsnar, repmefirst, and abkiller Outamon smashed Duncan420's 2.6 billion isk pod. Our heroes strongly suspected that the carebear intended to smuggle this ship into highsec, so they preemptively ganked it. 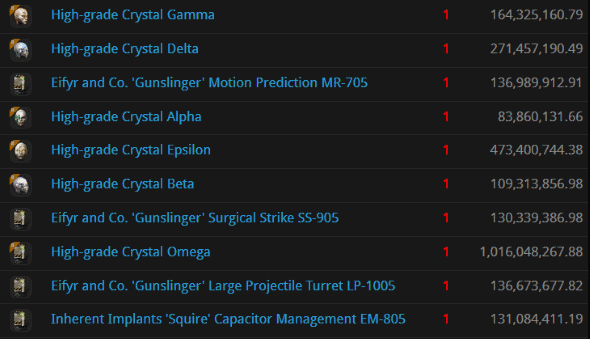 These implants had no place in highsec. Now, thanks to our brave Agents, highsec will never see them.
Posted by MinerBumping at 20:02