Have you ever noticed that our Agents are much better at starting conversations than highsec miners are? 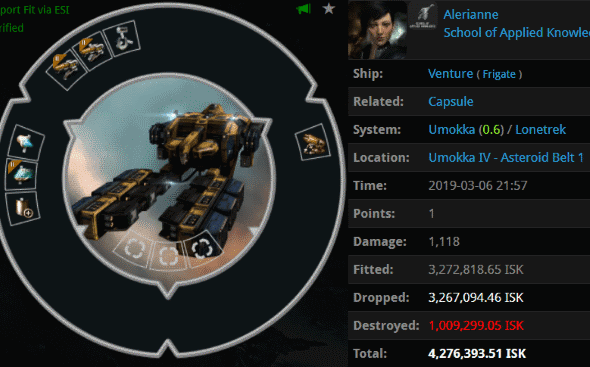 Agent Minx Mattel noticed a suspicious Venture planted in a highsec asteroid belt. After a brief investigation, she terminated the vessel. 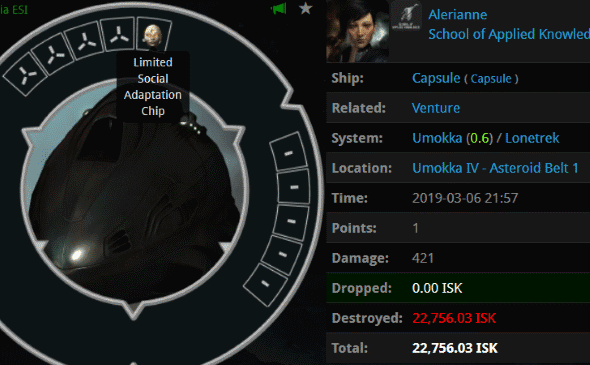 The Venture's pod failed to warp away. It, too, was terminated. But enough about the killmails. Let's get back to the miner's rude greeting, which referenced her profile. 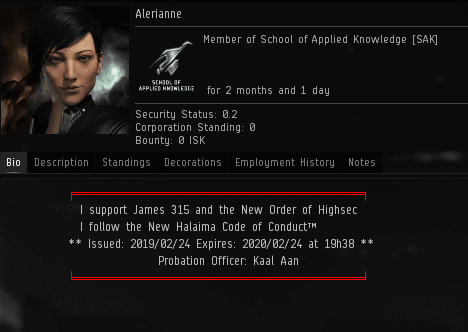 Alerianne had a mining permit in her bio. Apparently the miner had purchased a permit less than two weeks before the gank. Was she going to make a big issue of it?

Minx reminded Alerianne of her obligations under the Code. However, the miner insisted that she had been obeying all of the Code's commands.

Despite claiming total compliance, Alerianne quickly zeroed-in on the rule against AFK mining. That's a tell.

The Agent and the miner had conflicting views about the Code. Each of them expected the other to say hello first.

Minx had already pointed out several Code violations committed by Alerianne, but she wasn't taking the hint. So far, she hadn't apologized or anything. In fact, she seemed to think our Agent was the one breaking the Code.

Miners, this is why you shouldn't get into arguments with our Agents about the Code. You'll only end up confessing your crimes. 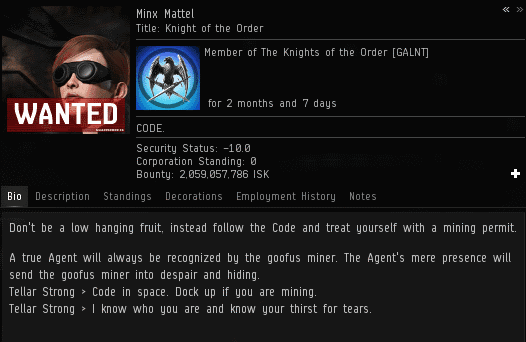 There's a reason why people like Minx Mattel are able to become Agents of the New Order. They're not just good--they're really freakin' good.

Alerianne had been caught in a web of her own making. Yet she continued to profess her innocence--and refused to retract her scandalous claim about Minx breaking the Code. A full-blown debate about the Code was brewing. And the very reputation of the mighty CODE. alliance was at stake.