When Roleplay Gets Real

The enemies of the New Order accuse us of being a (fantastically powerful and efficient) hivemind. In fact, each Agent enforces the Code with a style of his or her own.

Take Hero Of HiSec, for instance. 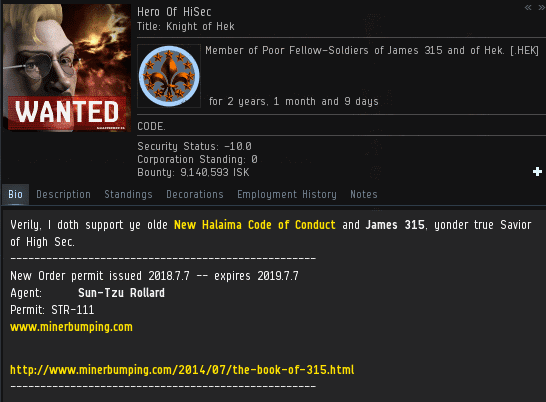 Agent Hero is known for doing things his own way. Miners don't always appreciate Hero, but our Agent is utterly unflappable. 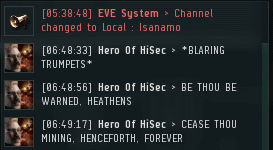 One fine day in Isanamo, Hero heralded the imminent commencement of a gank. He wasn't particularly subtle about it, but I'm sure plenty of miners would accuse him of "not warning them" anyway. 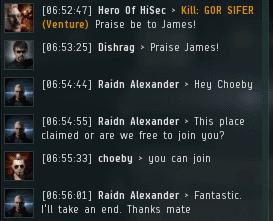 Even as Hero was savoring his latest kill, local miners went about their business--apparently oblivious to the Code.

Agent Hero grew concerned that Raidn Alexander was showing signs of complacency. In keeping with Hero's personal code of chivalry, he posted another warning. It was ignored. 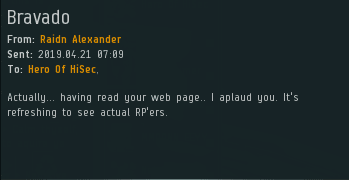 ...Or so it seemed. Actually, Raidn took several minutes to browse MinerBumping. He claimed to like what he saw. 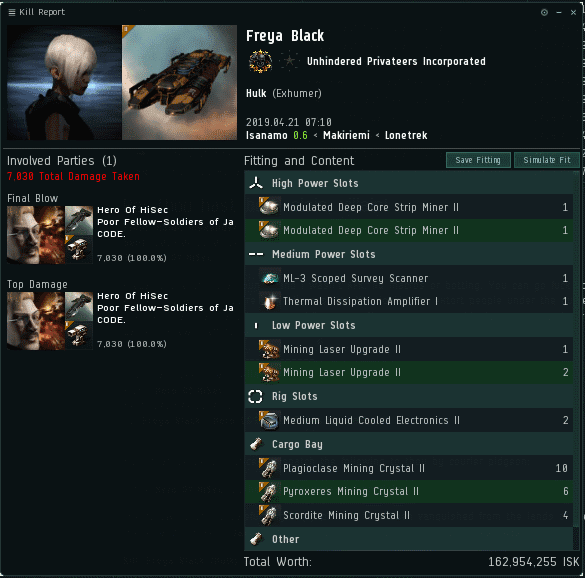 But Raidn's professed love of roleplay would soon be tested. One minute after he sent Hero the EVEmail, Hero ganked Freya Black. 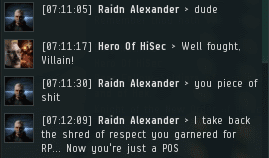 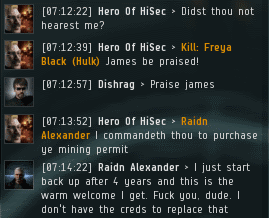 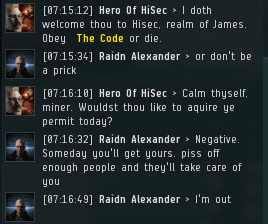 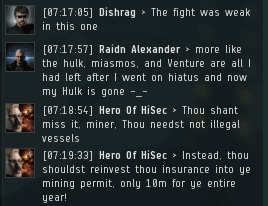 Agent Hero was unfazed by Raidn's threats to quit the game. His mission remained the same. 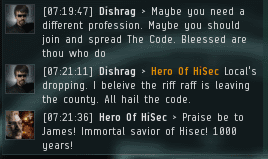 Hero's derring-do had saved Isanamo once again. But the villain he had so valiantly vanquished had some parting words: