The New Order was being transparent before transparency was cool.

In the spirit of transparency, let's look at a typical EVEmail that a miner receives upon being ganked by Agent Lewak. Lewak is known as one of highsec's most effective communicators. He's able to take a complex situation and break it down into understandable chunks. It's so easy, even a miner can read it! 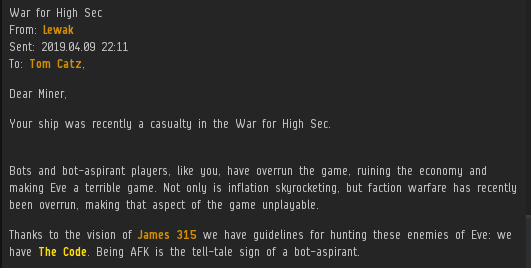 First, Lewak summarizes the central conflict of highsec and introduces the solution to the problem.

Next, the application: Our Agent elaborates on how the miner must respond to the world in which he finds himself.

Finally, a call to action. Not bad, eh? So much for all the accusations of "griefing" and "harassment". 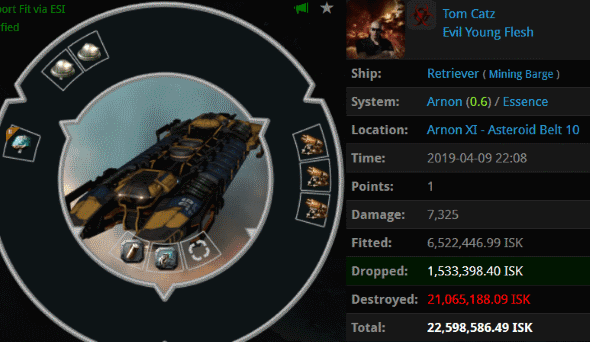 The EVEmail you just read was sent to Tom Catz, an illegal miner who had his Retriever terminated for non-compliance. 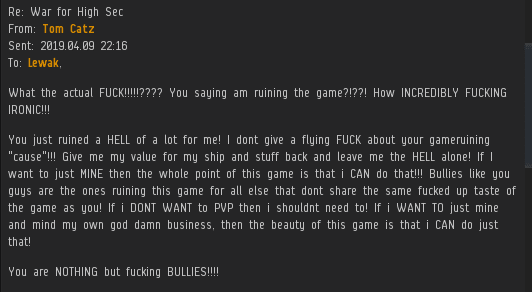 Despite the finely honed EVEmail that Lewak so expertly crafted for him, Tom reacted badly to the gank. Apparently the miner's reading comprehension was poor. Time to improvise.

Since Tom was acting like a baby, Agent Lewak tried to hold his hand while he walked the miner through the process.

Tom rejected the path to Code-compliance that had been laid out for him. His journey would be a difficult one. The miner went on:

If a carebear is very greedy, the thought of giving away 10 million isk can be very distressing. Tom wrapped up his greed in some disingenuous talk about "freedom". Miners, freedom means anyone can shoot at you. What you're actually looking for, I think, is something called "civilization". And civilization means following the rules. 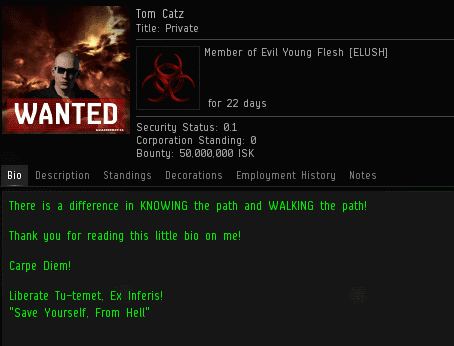 A line had been drawn in the sand; the battle had been joined. On one side stood Tom Catz, a bot-aspirant miner who demanded absolute safety for his criminal enterprise. 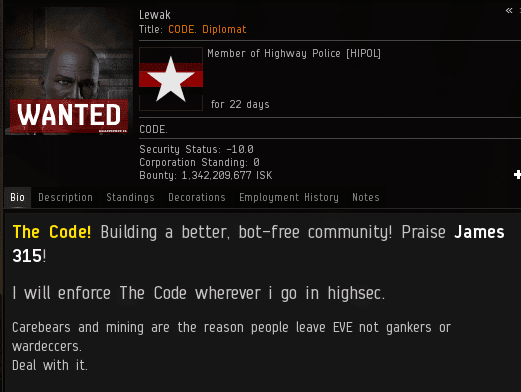 Opposing Tom was Agent Lewak, who represented all of the good people of highsec--past, present, and future.