Over One Trillion Seven Hundred Seventy-Four Billion in Shares Sold

In case you hadn't noticed, corporate ownership of New Order stock is all the rage these days. As of this moment, four corps are being listed in the month's "Top Supporters" list. Could this be a trend?

Meanwhile, though, individuals continue to own the most shares. Kaely Tanniss upgraded her holdings of New Order stock with a purchase of 3,150 shares. This took us past the 1,772, 1,773, and 1,774 billion isk marks, earning Kaely a Triple Supreme Protector's Tip of the Hat™. We're on the move.

What happens when an Anti-Ganker like rock it afk repeatedly fails to prevent ganks? Well, when rock it afk saw our heroes gank a Retriever right under her nose, the rebel got angry. (Big surprise, I know.) 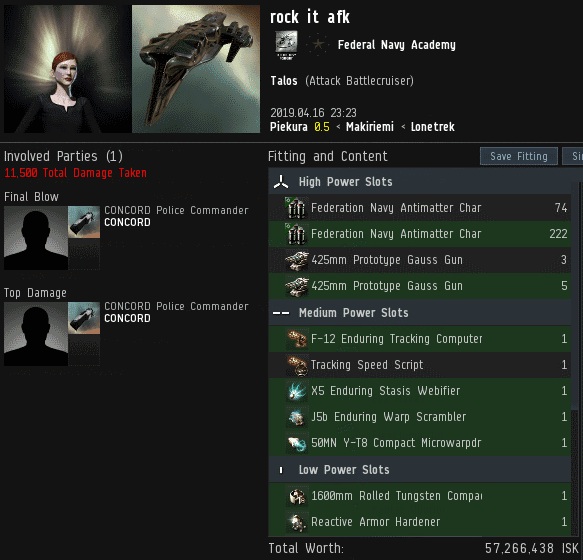 rock it afk got her Talos CONCORDed with a badly executed attempt to gank a nearby Venture, which she apparently suspected of providing warp-ins for gankers in the area. Incredibly, the Venture survived--so maybe it was secretly an Agent's scout. 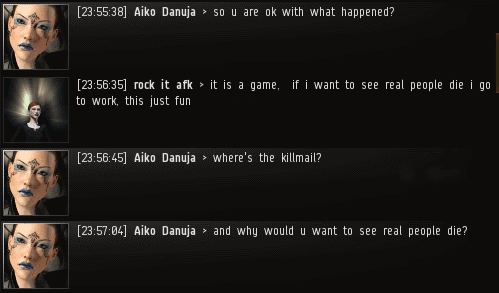 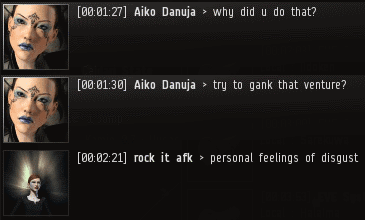 It was a candid discussion.

Rebellious carebears, ganking isn't as easy as we make it look. If you want to succeed at EVE, get yourself a permit and read the Code, ASAP.
Posted by MinerBumping at 18:01