Previously, on MinerBumping... Agent Syds Sinclair infiltrated a mining corporation and awoxed them, swiftly inflicting a billion isk in damage. 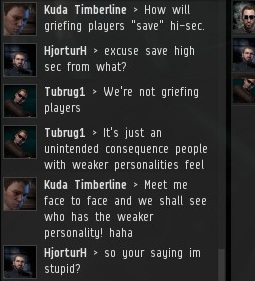 The "victims" identified Agent Tubrug1 as the source of the problem and began asking for a refund. When he refused, they demanded to speak with the Saviour of Highsec himself. An escalated petition!

Although they didn't want to speak with my alt, Currin Trading, they had to make do; I was in the middle of ganking operations. I gave them what solace I could.

The other shoe dropped: The carebears were convinced an employment history exploit was at work. 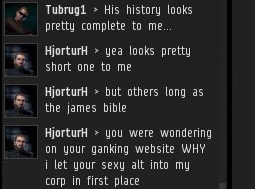 The CEO of a highsec mining corporation would never fail to do his due diligence. A bug must have artificially shortened the awoxer's corp history. 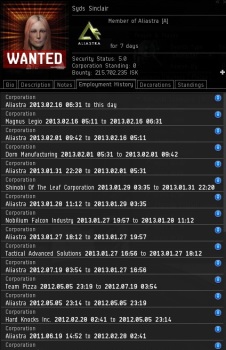 Would a carebear blindly accept a corp application from someone with an employment history like this? Surely not. But just in case, maybe they should whine for CCP to nerf awoxing by putting a red flag on corp applications from such evildoers. Perhaps a recruitment "rebalance" is in the works?
Posted by MinerBumping at 19:25