New Order scouts are among the most feared pilots in highsec. They're always on the lookout for inappropriate mining activity. If their ire is aroused, they may call in an airstrike from a gang of Knights. 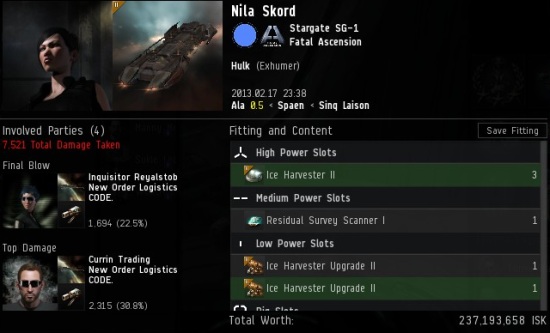 Though a bit off the beaten track, a New Order scout reported illegal mining in the Ala system. Two Hulks promptly met their fate. 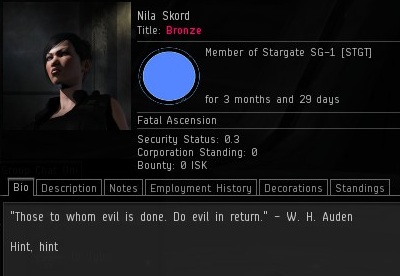 The two miners belonged to Fatal Ascension, an alliance that belongs to the CFC. FA holds a fair chunk of northern nullsec. What were these miners doing in highsec? One of our Knights was convoed by Nila Skord, so he invited the rest of us into the convo. Nila wasn't one for pleasantries. She demanded answers. 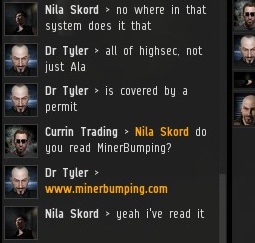 At first, Nila feigned ignorance. But she soon confessed that she was, indeed, familiar with MinerBumping and the New Order. Everyone knows us. 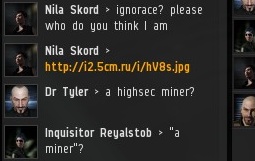 Nila proved her familiarity when she linked to some anti-Order propaganda. The poster originated on an anti-Order blog that I linked awhile ago.

As a proud nullsec pilot, Nila had nothing against combat. But she felt that it should be restricted to special occasions. This is contrary to New Order philosophy. To us, each day is a gift.

Carebears may come from highsec or nullsec, but they're the same everywhere.

Nila decided to return to nullsec, where mining is more lucrative. So why would someone mine in highsec when they have huge tracts of land in null? Because highsec mining is far more valuable when you factor in the ability to mine AFK in almost* complete safety. Pilots all across EVE send their alts to highsec to make money.

* The "almost" is provided courtesy of the New Order. 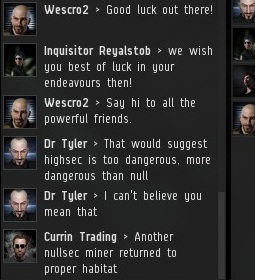 By sending the two Fatal Ascension Hulks back to null, where they belong, we performed an invaluable service to both highsec and nullsec. We removed Code violators from New Order space, and we provided two more targets for FA's enemies to hunt in FA space. But if only there was someone on the CSM to promote more balanced gameplay, so nullsec miners wouldn't need to resort to mining in highsec... 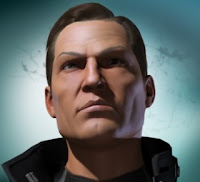