A peaceful day of bumping and ganking in Kamio, a popular ice mining system in Caldari highsec, when suddenly... Galadriel Vasquez spent much time complaining about the New Order's activities. When her patience finally ran out, she called in the big guns. 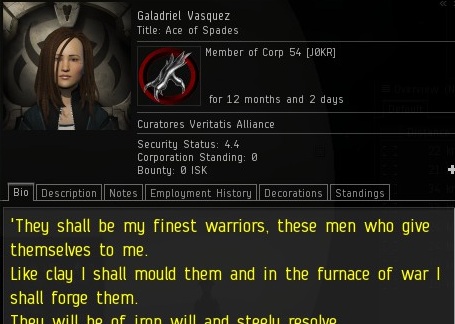 Galadriel is a member of Curatores Veritatis Alliance (more commonly known as "CVA"). It is perhaps the oldest nullsec alliance still in existence. Like so many other members of nullsec alliances, Galadriel was drawn to highsec--increasingly the generator of all income in EVE. 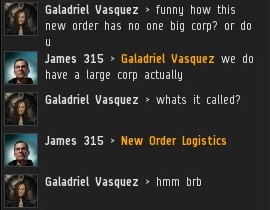 At first, Galadriel was interested in retaliating against the New Order by encouraging CVA to declare war against us. 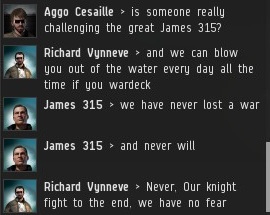 But when she investigated further, she discovered we are not a thing to be trifled with. 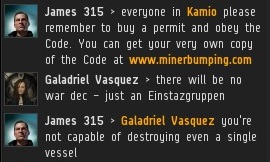 On the bright side, Galadriel didn't compare us to the Nazis. The New Order faced imminent peril from suicide-ganking Tornadoes, courtesy of Galadriel's powerful friends in nullsec. Was this the end of the New Order? 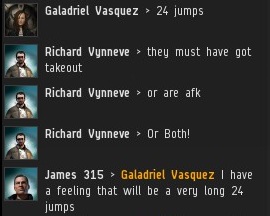 Tensions rose. Would the CVA gank fleet arrive in time to deliver the decisive blow? Or would they never show up, because they didn't exist?

Meanwhile, I gently nudged miner Khan Martin out of an asteroid belt. He was somewhat familiar with the permit process already--he just needed that extra push. 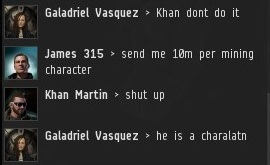 Galadriel was horrified to watch the New Order extract its fee from a miner. How dare we take advantage of the short window of opportunity before the Tornado fleet arrived? Her efforts to discourage payment were in vain. The New Order won another glorious victory.

Infuriated, Galadriel created a meme. It showed off the characteristic rebel crudity: 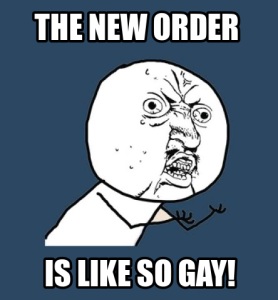 The image strikes such a contrast to the beautiful artwork of our Agents! You can see the futility and ignorance in the meme's eyes. Ultimately, the Tornado fleet never did appear, and Galadriel withdrew from Kamio without explanation. The New Order would live to see another day. Another close call!
Posted by MinerBumping at 20:15