Tensions Mount on the Eve of Bumping Celebration

On Sunday at 21:00 EVEtime (4:00pm Eastern), a bumping fleet will assemble in the Brapelille ice field to celebrate CCP's ruling allowing miner bumping. In anticipation of this event, Agents and rebels alike have gathered in Brapelille.

Disheartened and angry, some rebels contemplate violence againt the legitimate government of highsec.

Friend and foe alike recognize James 315 as a rising star in EVE. Bright, photogenic, and articulate, the New Order's charismatic young leader is often spoken of as a potential CSM representative. But he has his detractors as well, and they look upon his growing influence with dread. 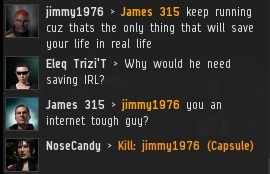 Jimbo1976 (and his similarly-named alts in Single Malt Whisky Corporation) was caught making threats. The Knights of the Order are on high alert. Sunday's celebration would take a tragic turn if a deranged rebel cut down the New Order's leader in his prime.

But James 315 fearlessly toured Brapelille, and personally helped one of the members of Single Malt Whisky Corporation leave the ice field. glen fiddich1976 lost a Retriver and got podded a few days ago. He returned in a Procurer, a mining ship that boasts a thicker tank--but which is highly vulnerable to bumps. The serene hull of the Procurer offers no hint of the hell lurking beneath... 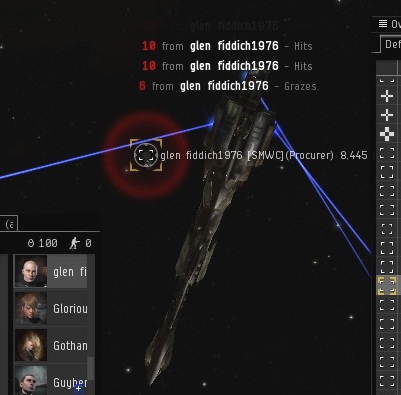 Having been bumped well out of mining range, glen loses it completely. He launches his complement of Hobgoblin attack drones. They're the highest-DPS class of the tech I light drones, designed to deliver maximum damage. The Hobgoblins scream into action, performing a dizzying orbit around the Supreme Protector's Invincible Stabber. The Father of the New Order has seen many things in his time, but he is taken completely by surprise. 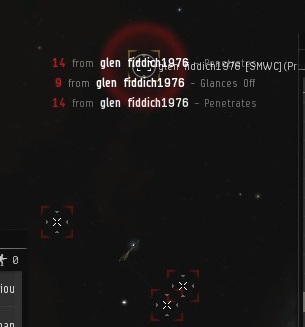 The infernal drones hammer the Fleet Stabber's shields in relentless staccato. The miners in the ice field can only look on in stunned silence.

Then Concord arrived and popped the Procurer. The assassin must have known he sealed his own fate with the attack. But did he succeed in his murderous task? 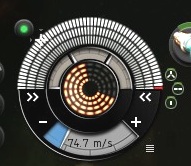 The Invincible Stabber had taken a beating, but it emerged, as always, victorious. The Saviour of Highsec's flagship was still fully intact, its shields at a serviceable 98%.

Even Jimbo1976's fellow rebels were amazed by the brazen attempt.

If he returns to his mining duties within the next month, he may run into some trouble. Thanks for making highsec safer, Crimewatch. 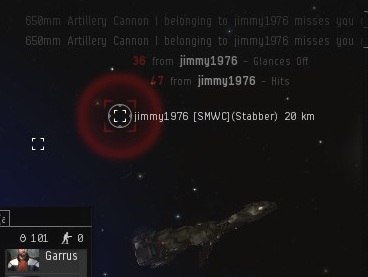 Jimbo1976's madness was not yet at an end. Moments later, he launched his alt's Stabber and began unloading from 20km away. Concord was still sitting nearby, and immediately jammed him. 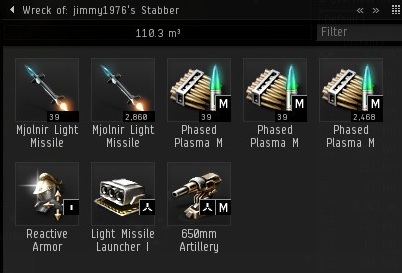 Another set of questionable gank mods is added to the collection. 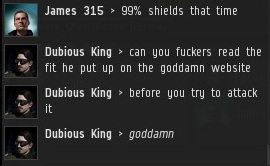 Society is always at a loss to explain tragedies like these.

The Saviour of Highsec reassured his adoring public, laughing off the assassination attempts. Sunday's bumping celebration must not be cancelled. "We will not bow to these terrorists," James 315 wrote, on this blog post that you're currently reading.

Yet the specter of potential violence hangs in the air. The rebels are often defeated, but never satisfied.
Posted by MinerBumping at 02:39