James 315 for CSM Campaign Opens with a Bang

For weeks, it's been my intention to cover the CSM 8 campaign season in this blog. The James 315 for CSM campaign puts MinerBumping in a laughably awkward position: The site's editor and sole contributor, James 315, is closely connected to the campaign, being the candidate. Nevertheless, MinerBumping will keep its commitment to cover the campaign with 110% objectivity. Journalistic integrity requires no less. 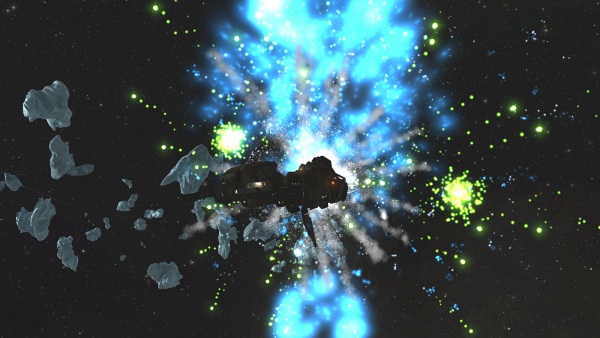 Look at that beautiful picture of the Invincible Stabber in the Brapelille ice field, fireworks blazing upon James 315's triumphant announcement. Credit to Agent Lord Mandelor for this wonderful photo. 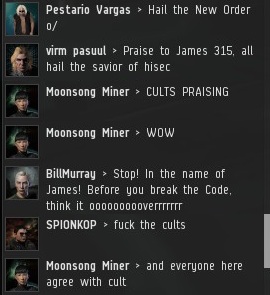 Brapelille was packed in anticipation of the bumper fleet celebration. Friend and foe alike were drawn to the spectacle. 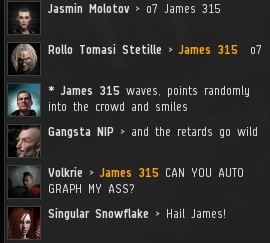 James 315 was clearly in his element. Brapelille hasn't been this crowded since the New Order began culling it in late December. Everyone was buzzing with rumors of an announcement about a potential CSM run. Also, everyone wanted to bump non-compliant miners out of the ice field. 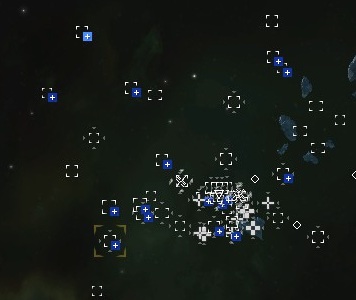 At the approach of the appointed hour, the ice field began to fill... 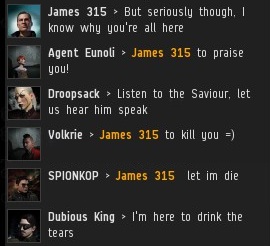 After an initial meet and greet, it was time to get down to business. There were threats of violence, of course, but none dared touch the Invincible Stabber. The 1.6 billion isk personal bounty did little to tempt them. 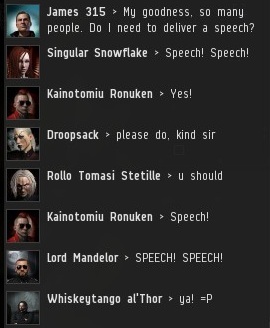 The people demanded a speech. The Saviour of Highsec had no choice but to oblige. 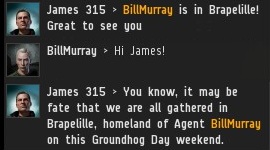 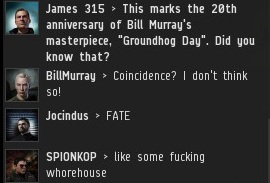 In a perfectly natural, impromptu moment, James 315 recognized a face in the crowd. He had a personal connection to Brapelille, and reflected upon the marvelous coincidence tying together Agent BillMurray, the system, the weekend, and a film.

I have gone all across highsec, and I've spoken to many people, and they all ask me the very same thing. Will EVE improve, or will things continue to get worse? Things are hard out there for the good people of EVE these days. Nerf after nerf after nerf. People come to EVE to pursue their dreams. Every one of us has his or her own dream, whether it be scamming, or ganking, or awoxing, or bumping. But lately, too many people have seen their dreams slipping away from them. They're afraid EVE will lose what makes this place special. 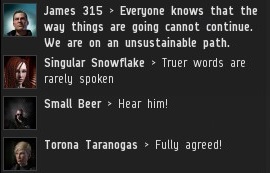 I still believe that we can turn things around. The great spirit of EVE has not gone away, it is merely being suppressed. But to bring EVE back to the way things are meant to be, is going to require a lot of hard work. 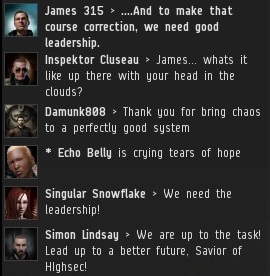 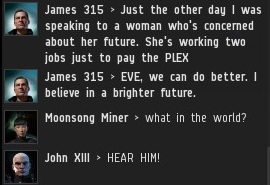 The tension in Brapelille grew. Was this the moment that would change everything? 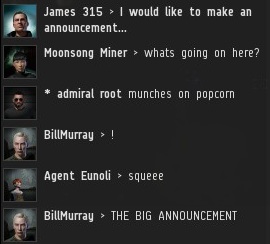 ...And the tension grew some more. 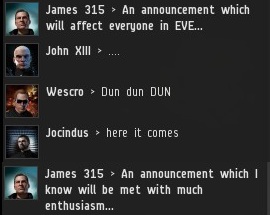 Brapelille was rapt with attention. It was almost too much to bear. 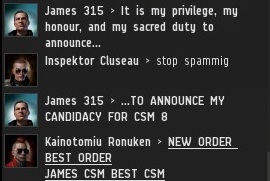 And with that, the system exploded. 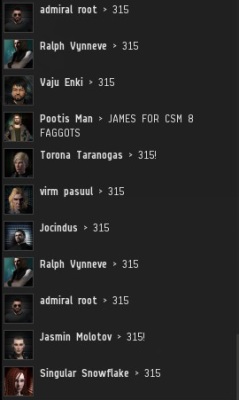 Brapelille local ushered forth a tidal wave of text like Jita at a spambot convention. After much rejoicing and chanting, the crowd went silent so James 315 could wrap up the speech. 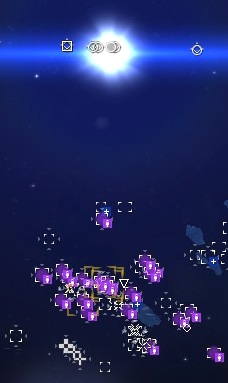 In a poignant moment, the Father of the New Order told everyone to look at Brapelille's star.

And with that, the bumper fleet flooded across highsec. The CSM campaign season officially opened.

Ladies and gentlemen, let the games begin.
Posted by MinerBumping at 04:23