It's a scary time to be a carebear without a permit. The Agents of the New Order have been absolutely demolishing the bot-aspirants all throughout highsec--apparently with no end in sight. Indeed, the possibility of carebears organizing an effective resistance movement seems ever more remote with each passing week. Like this week, from January 27th @ 00:00 EVEtime through February 2nd @ 23:59 EVEtime. 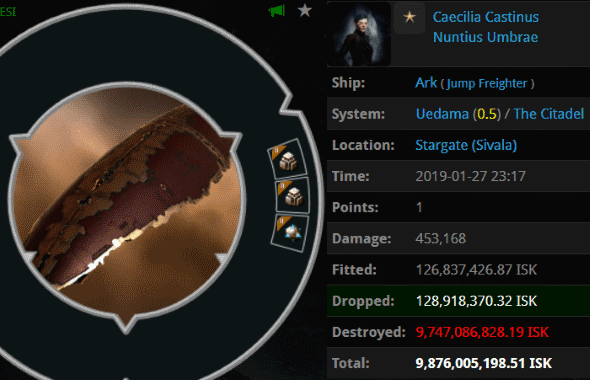 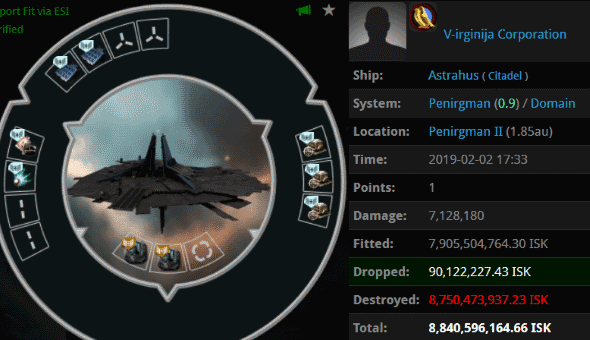 Some good advice if you want to own a structure in highsec: Buy a permit! V-irginija Corporation failed to get permission to anchor its 8.8 billion isk citadel. Despite a friendly warning in the form of a wardec, the corp failed to get a permit. Agents commercial time, comet chaser, Eve Undergr0und, arkon trader, Aaaarrgg, Aaaarrggs Scout Alt, Mr Vrix, Sorgia, zykerx, and Pod-Goo RepoWoman had no choice but to remove the structure themselves. 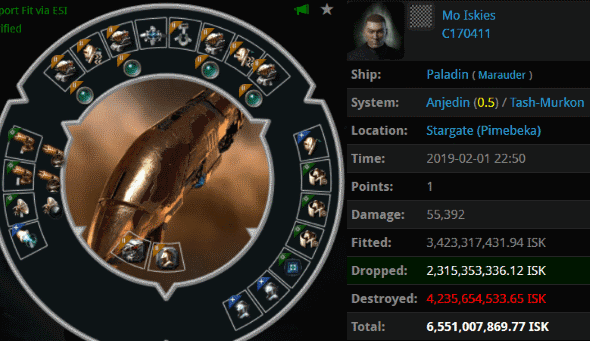 Mo Iskies had fewer iskies after he blew 6.5 billion isk on a Paladin. It had guns, it had tank--but it didn't have a pilot. Agents Nam Plau, Alarik Maleus, JIuc Dark, Xenobia, Votre Dieu, Narl' Amhar, lEclipse, Viktoria19 Lowa05, Stryker Bastanold, Rungerd, Immaculate, Na-Pol- Fedora, Astrid Tyrfing, and Sumail Serine were kind enough to treat the neglected ship to a round of PvP. They won. 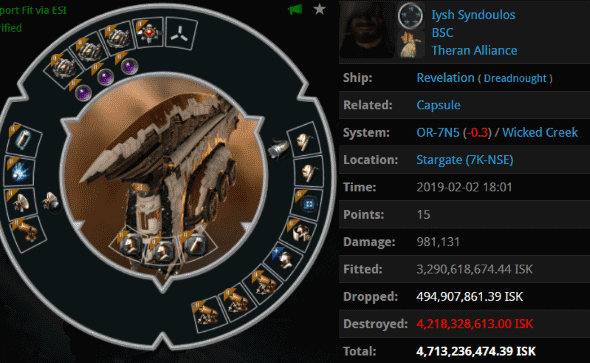 Iysh Syndoulos found himself target practice for the mighty CODE. alliance when his dreadnought came under fire in nullsec. Agents lady labia, Casper24, Intigo, Soldier Forrester, Jeronyx, WaTeR Ubersnol, Blaran Falsnar, Kadesh Priestess, Tiamat Key, and Ygritte Alabel proved to Iysh that the only true revelation in EVE is the Code itself. 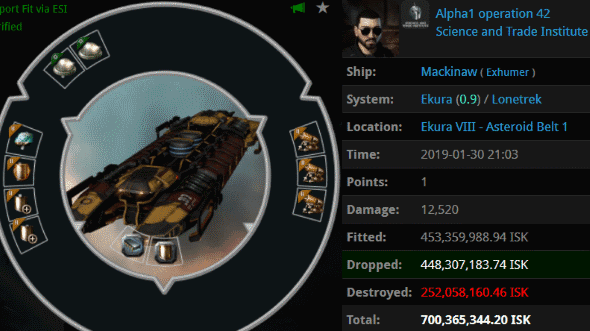 If you want to be ganked, a good way to attract the attention of Catalyst pilots is to equip some ORE Strip Miners. Alpha1 operation 42 learned this the hard way when he drew the notice of Agents Zor Q, Hillbilly-2000, Overmind Niminen, Falllon, Lewak, Minx Mattel, SWAGGZENEGGER, and Kaal Aan. ORE no more. 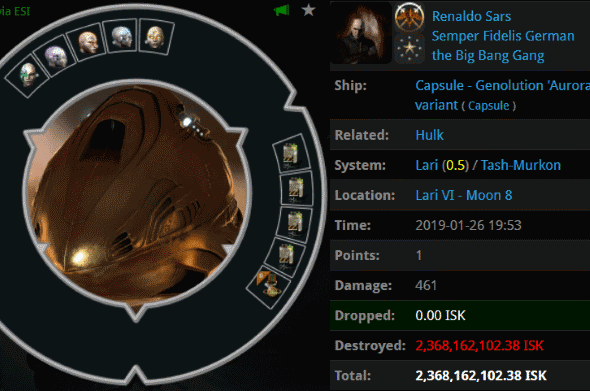 Someone told Renaldo Sars that our Agents don't bother checking for unlicensed miners in the Tash-Murkon region. They lied. Bot-aspirant miners are constantly on the run from the law, so our Agents are quite accustomed to patrolling all regions of highsec. After Renaldo lost his Hulk late last week, Agent Super Perforator snatched his pod. 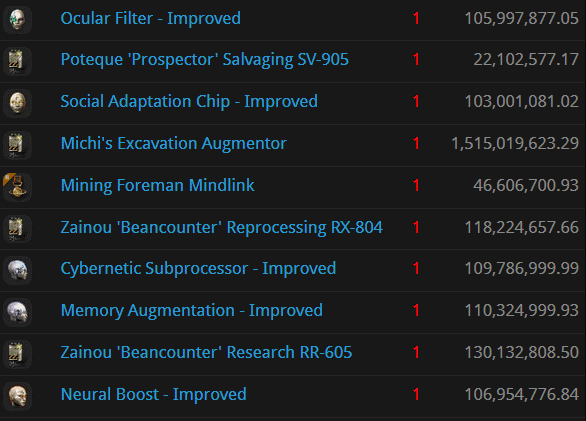 Michi loses another one.
Posted by MinerBumping at 20:03