Tim Galaxi's day started off with a bang. 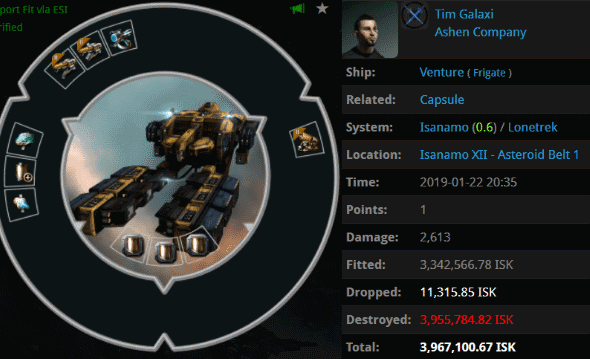 Agent Minx Mattel ganked Tim's Venture because the miner didn't have a permit. Tim lost around 4 million isk, but that's not much money--even for a highsec miner. It could've been a lot worse.

Thing is, miners have a way of making things worse for themselves. Tim managed to bring his loss up to 604 million isk for the day.

A better question might be, "Why didn't you buy a permit before getting yourself blasted?"

What began as a routine post-gank conversation took an interesting turn: Tim planned to circumvent the Code by hiring other carebears to do his mining for him. Usually people just buy ore from Jita, but whatever.

Agent Minx was ready for him. Yes, it's illegal to hire others to commit Code violations. Don't try to be clever, carebears. Buy a permit--it's the cleverest thing you'll ever do.

Luckily for Tim, he happened to be ganked by a permit-seller. Minx is a full-service ganker.

No matter where you look, no matter what direction you turn, all roads lead to the same destination: the Code. When her convo with Tim ended without a permit sale, Minx sent the miner a form EVEmail. You might be surprised how much good you can do with a little copy-pasta.

Tim poured out his heart to the Agent. She sensed that he was one step closer to Code-compliance.

As usual, our Agent talked sense. It worked. Before long, Tim put Minx in communication with the miner's CEO and half-brother, Los Galaxi. 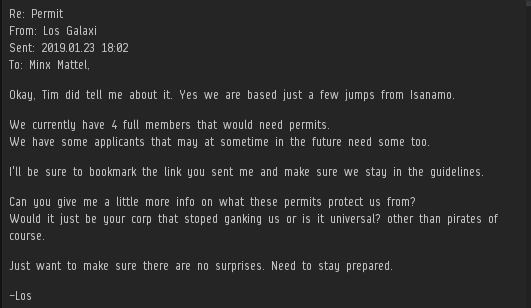 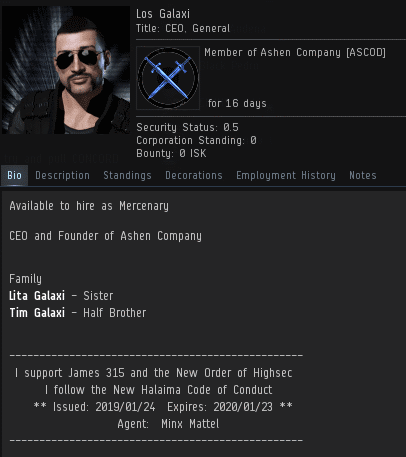 They say that every time a miner gets his permit, an Anti-Ganker sheds a tear. This may be true, but it's difficult to establish causation: Anti-Gankers are always crying and failing daily. There's definitely a correlation, though. 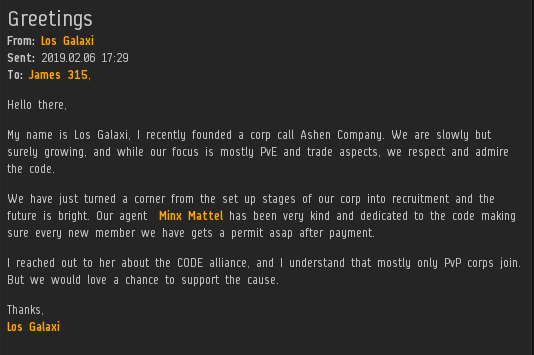 More satisfied customers. Do these look like the victims of griefing, bullying, extortion, harassment, etc.? I thought not!
Posted by MinerBumping at 18:07