Highsec is karma-rich space. When you tell a rebellious carebear to obey the Code, he may laugh at you. But then, in the day of judgment...

...The carebear's mirth turns to sorrow. 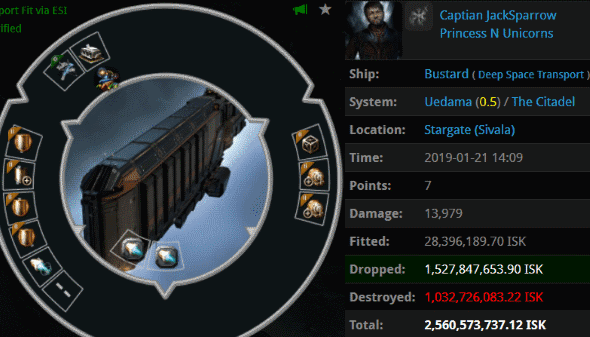 Sick or not, Captian's son was thrown directly under the bus. Carebears, take a wild guess at how many reimbursement requests have been granted on the basis of your family members being to blame for your decision to go AFK.

Captian ranted in local until someone came along who was willing to speak with him. 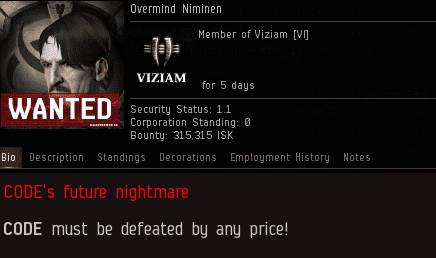 It was Agent Overmind Niminen. Once, he vowed to liberate the miners of highsec by destroying the mighty CODE. alliance. Then he realized that the only way to truly save highsec was to enforce the Code and punish any miners who refused to obey it.

Overmind's kindness was not reciprocated. Captian cursed our Agents for ruining his otherwise perfect day. (Perfect aside from the vomiting child, that is.)

The carebear denied the existence of the Code, but the destruction of his ship was real enough. Carebears, sticking your head in the sand won't save your neck. 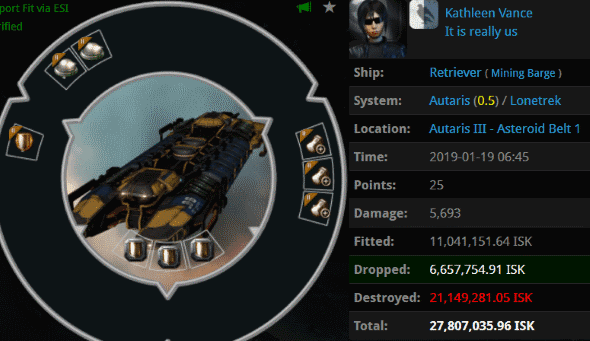 In the course of his Code enforcement duties, Overmind ganked around 200 non-compliants. Some of these bot-aspirants had shockingly bad fits. Not satisfied with an ore bay, Kathleen Vance equipped her Retriever with three cargo expanders!

Kathleen attempted to deflect blame away from herself and onto the person who had ganked her. The strategy worked about as well as her shield tank.

The miner had no warning and no idea how to buy a permit. The Anti-Gankers should be ashamed of themselves. Why don't they do a better job of warning miners about us? 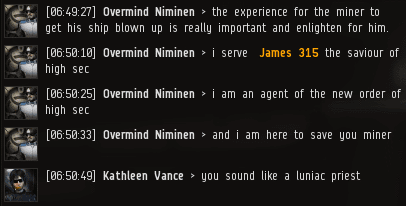 Kathleen was in no mood to listen to our Agent. Her enlightenment would need to wait for another day. Regardless, it wouldn't come from Overmind. 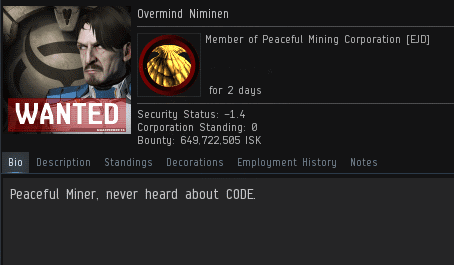 After spending a few months performing hundreds of ganks, Overmind apparently had a sudden change of heart--again. Without warning, he took up the guise of a peaceful miner who had no knowledge of the Code. Would his fellow miners ever be able to trust him after so many ganks? One thing is for certain: If there is any hope for Overmind, he must embrace the Code in a more effective and more permanent way.
Posted by MinerBumping at 18:01