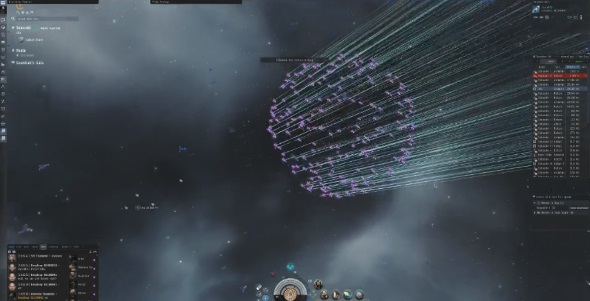 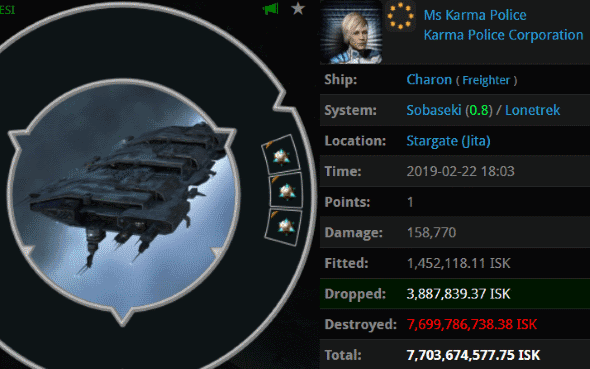 KILLMAIL
As you can see from the Kusion family home movie above, the festivities started off with a bang. Ms Karma Police was caught near the Jita stargate and was given the dubious privilege of having her freighter ganked during the opening ceremony. 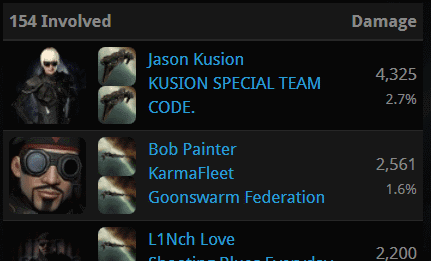 No, I won't name all of the 154 involved on this kill. But I shall note that of all the gankers, Agent Jason Kusion did top damage. 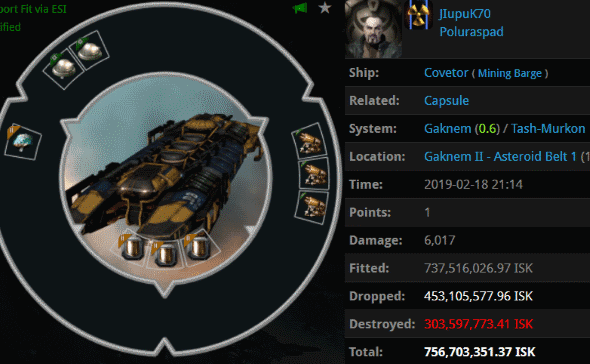 KILLMAIL
Of course, the New Order does not limit its ganking activities to one annual event. No, highsec burns all year round--and you can thank the cleansing fires of the Code for that. JIupuK70 certainly needed to be cleansed. He was (auto-)piloting a 756 million isk Covetor of all things. Agents D34dly D34dly and Slutzilla lit the torch. 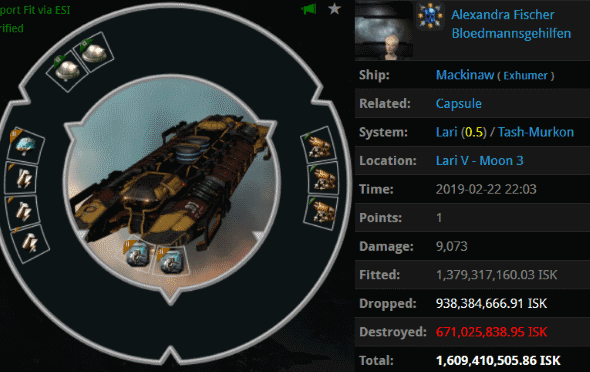 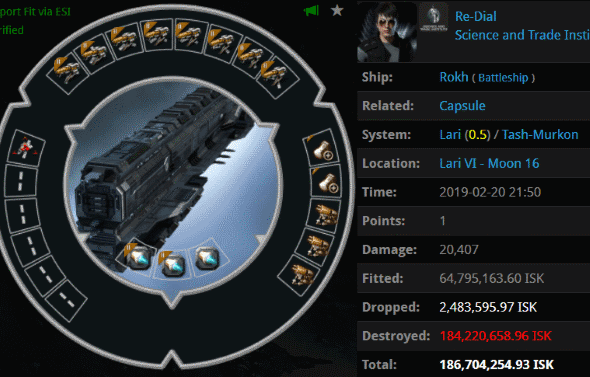 KILLMAIL
Not every miner kill can be so juicy as the two preceding this one; some miners leave only a bitter taste. Re-Dial shocked and disgusted highsec with his "Whuh?"-fit mining Rokh. Notably, all three of these miner kills were scored in the Tash-Murkon region. One wonders if the region is home to evil spirits. Regardless, Agents D34dly D34dly, Davina Mustaine, and Larsulrik Napsterbane scored yet another KotW-worthy kill for the PKing Since Pong alliance. 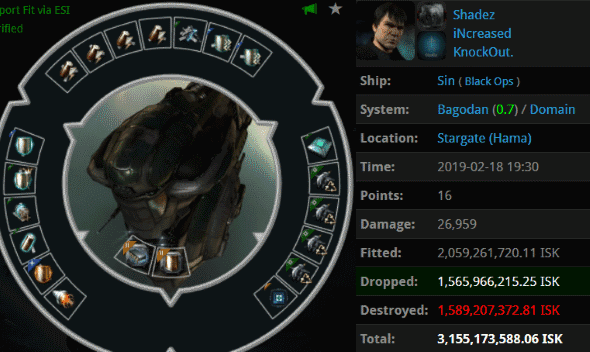 KILLMAIL
Our Agents have been on the lookout for blingy Black Ops ships of late. Shadez lost a 3.15 billion isk Sin to Agents Astrid Tyrfing, Narl' Amhar, Votre Dieu, and Rungerd. I'd make a comment about jump drives, but if jump freighters won't use them, what hope is there for Sins? 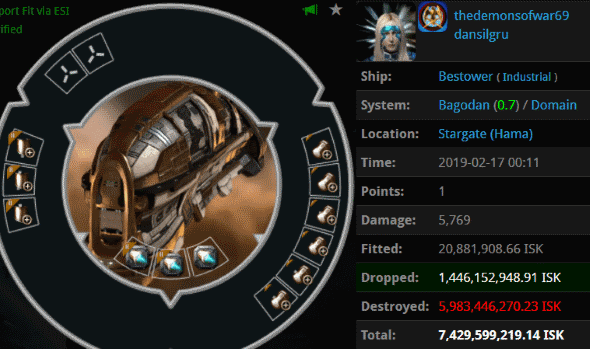 KILLMAIL
How much can one lose in a lowly Bestower? When you're dealing with bot-aspirant carebears, the only limit is that of your imagination--and the carebear's stupidity. thedemonsofwar69 managed to lose 7.4 billion isk when her flimsy industrial ship was fired upon by Agent Narl' Amhar.

The filthy hauler pilot was a filthy miner. Is anyone surprised?
Posted by MinerBumping at 20:04