Most entities in EVE are hell-bent on conquest or killboard stats or the pursuit of money. The New Order is different. We're all about building people up and helping them grow, by giving them the tools and the confidence that they need in order to become productive members of our new highsec. We're not so much building an empire as we are building a society. 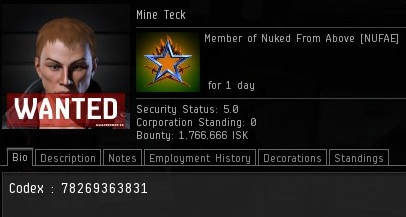 "No miner left behind" is our motto. Meet Mine Teck. He's Danish and occasionally has difficulty communicating with others. He's also a carebear. But none of that is going to stand in our way. 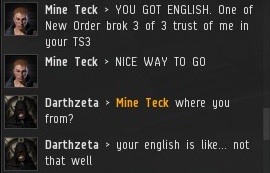 Mine Teck has flirted with joining the resistance, and frequently causes disruptions in Kamio local. 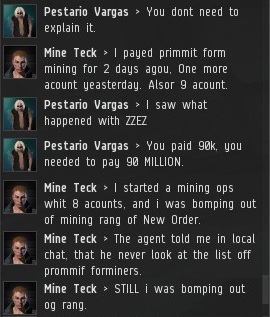 Lately, he's moved out of the rebel camp and onto the fence. He could go either way. Unfortunately, he's been having difficulty following the Code. 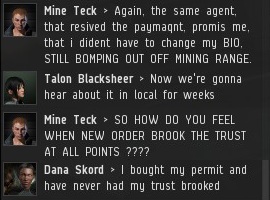 That's where the New Order's loyal Agents come into the picture. Agent Dr Tyler and a few others invited Mine Teck to a TeamSpeak channel where they could figure out what the problem was, and hopefully, to solve it. In the process, our Agents were able to defuse a potentially volatile situation, and helped Mine Teck learn more about the Code. Another win/win for the good guys! A peace conference on TeamSpeak is just another way the New Order performs outreach to the highsec community.

Conferences may be recorded for quality assurance.

Mine Teck learns about the Code (SoundCloud)
Posted by MinerBumping at 03:52