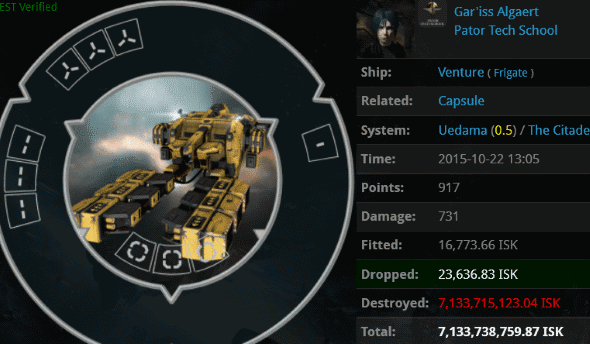 KILLMAIL
The rebels demand to know why the New Order picks on newbies in Ventures. For one thing, CCP reported that Ventures are the most-botted mining ship in EVE. For another thing, Gar'iss Algaert.

Agent Salah ad-Din al-Jawahiri welcomed the Venture pilot to Uedama in the traditional New Order fashion. Gar'iss will have the next six months to figure out what he did wrong. 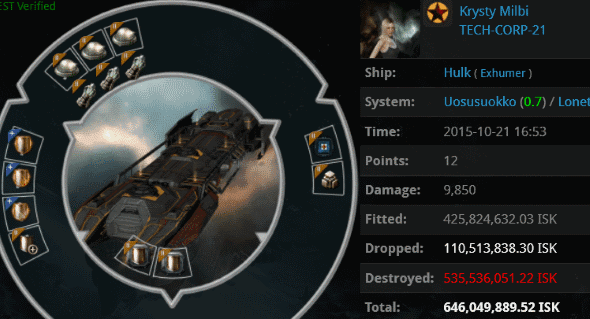 KILLMAIL
Krysty Milbi probably knew that Hulks are notorious for their lack of tank, so she packed as much tank onto the ship as she could. Judging by her blingy shield hardeners, she fully expected an attack by a Catalyst or some other hybrid-wielding vessel. When the attack came, however, it was actually Agent Leeroy Banner in a Legion. You see, Krysty forgot that her corp was in the middle of an active wardec. I'm sure her mining op was urgent, though. 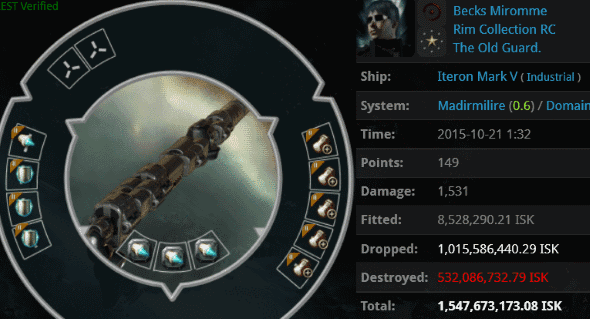 KILLMAIL
Becks Miromme had about a billion and a half isk in datacores that needed moving. How do you transport all that cargo safely in modern highsec? Well, Becks began with a standard octuple-anti-tanked industrial, but that wasn't enough. He added three Medium Shield Booster IIs. It's funny how active tanks are preferred by so many inactive players. Before the bot-aspirant could return to his keyboard, Agent HotShotX Warcastle had already enforced the Code against him. 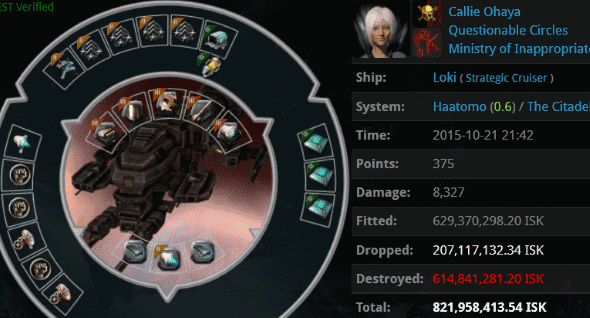 KILLMAIL
I'm old school. I wasn't thrilled when CCP introduced the strategic cruiser class, since it appeared to be the very sort of do-it-all "solopwnmobile" that CCP had always promised it wouldn't create. But when I look at Callie Ohaya's Loki, I have to admit that it doesn't seem that overpowered. Agents Salah ad-Din al-Jawahiri and Winnie Po0h took it down easily. Was this one of those "ships that can't shoot back"? Do probes count? 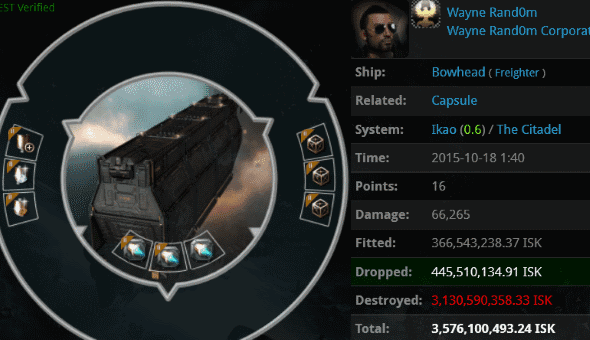 KILLMAIL
In the movie of life, Wayne Rand0m considered himself an extra. But the New Order sees the value in every single player who enters highsec. Our Agents saw his 3.5 billion isk Bowhead slowly lumbering toward the Uedama trade route and wanted to encourage Wayne to make more of himself. The heroic Agents, Jason Kusion, loyalanon, Capt Starfox, Winnie Po0h, John E Normus, PV Rock, Gunther Cucs, Matt Issier, Ilithyia Borgia, Sasha Cohenberg, Mal Warre, and Jayson Kusion, challenged Wayne to greatness with a barrage of antimatter. I don't know if he got the message, though. It was probably the first time anyone had ever believed in him. 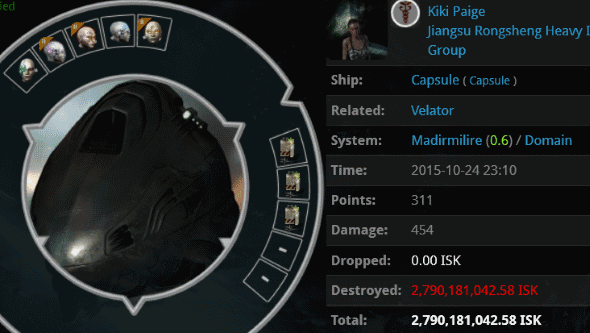 KILLMAIL
Kiki Paige edged out a victory in the contest for Pod of the Week. The prize was the loss of her 2.79 billion isk pod, which was destroyed by Agent Aaaarrgg. The runner-up in this contest was none other than Wayne Rand0m, whose Bowhead loss was followed by the loss of his 2.76 billion isk pod. Congratulations to both participants. As a bonus, they can get their very own New Order mining permits for free*!

*Please include ten million isk for shipping and handling.
Posted by MinerBumping at 20:42