Your POS or Your Honour

On occasion, highsec miners get uppity and start taunting the New Order in local. Apparently they do this because they've heard too many times that we don't shoot ships that can shoot back. It's a myth, but one the carebears take comfort in--as do the nullsec alliances looking to salve their wounded pride when they compare their own killboard stats to CODE.'s own immeasurably more elite killboard stats.

The Support Group had more than a dozen pilots, some of whom owned combat ships. They rebelled against the New Order, encouraging others in the Finid system to mock the Code and refrain from buying permits. Their insolence earned them a wardec from Failkin and his temporary wardec corp, Kouavich Innovations. 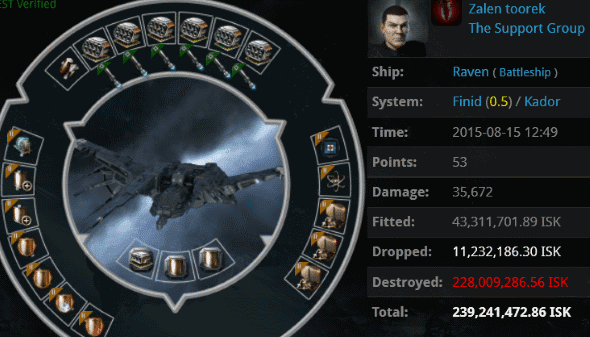 It didn't take long for The Support Group's pilots to suffer. On the first day, a Raven was destroyed. 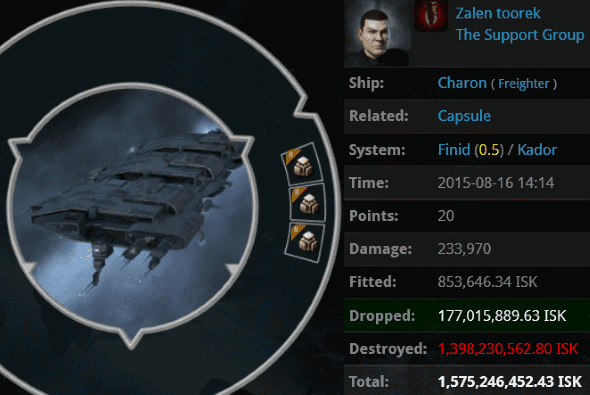 Their non-combat ships didn't fare much better. The Support Group's corp size was in the "sweet spot": Too small to defend and too big to evade the wardec with a quick dissolve/reform. A freighter packed with illegal ore was incinerated on the second day. 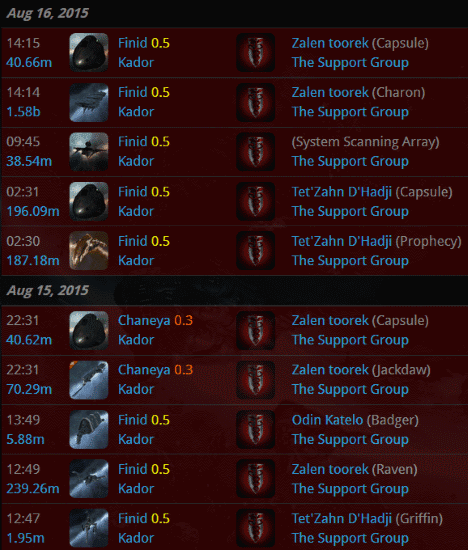 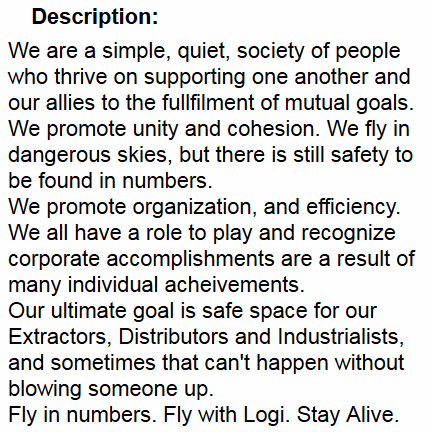 The corp's CEO, Tet'Zahn D'Hadji, made a fateful decision. He began kicking all of the members of his corp. He was getting ready to dissolve the corp. Seen here, EveWho preserved the corp description. Like so many other carebear corps, they proclaimed a willingness to fight--until they actually lost ships. It's almost as if the carebears can only shoot rocks that can't shoot back.

In The Support Group's final hours, our heroes laid siege to its strongholds. Both towers collapsed.

Then came the recriminations. You see, the wardec allies weren't very pleased by Tet'Zahn's decision to have everyone leave the corp. Combat, one of the allies, chastised him in local.

The frustrated wardec ally began placing bounties on the heads of all The Support Group's former members. Astonishingly, Combat felt that the New Order was more honourable than the carebears! That's a new way of thinking for an anti-Code rebel.

The Support Group's CEO defended his wartime leadership in local. His rebellion had been crushed in only three days. Now Finid local reaped the benefits.

As the tears continued, wise observers undoubtedly reflected on the futility of resisting the Code.

Combat wasn't satisfied by Tet'Zahn's explanation. Combat was still sore about how the wardec allies had been left high and dry, and told him so. Tet'Zahn abruptly logged off in a huff. 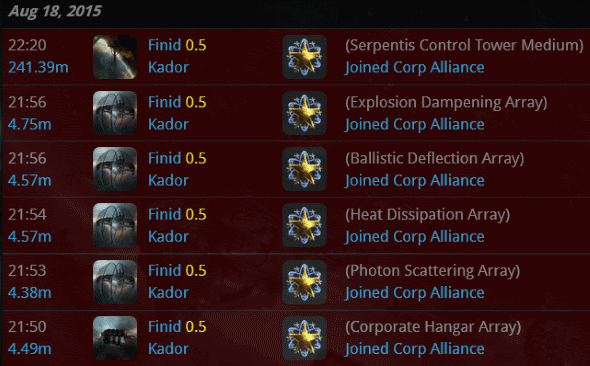 Tet'Zahn logged back in and inquired about the wardec ally's losses.

Tet'Zahn officially dissolved what remained of his corp, ending the wardec. With all the loose ends tied up, the New Order basked in the glory of its great victory in Finid. As for all you carebears out there who have entertained fantasies of rebelling against the Code: There's a lesson to be learned here.
Posted by MinerBumping at 18:18