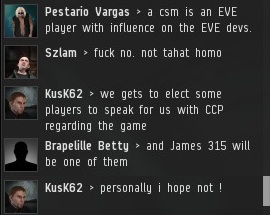 EVE is at a crossroads. There are two very different paths EVE could take. The EVE playerbase, at least in highsec, is divided. 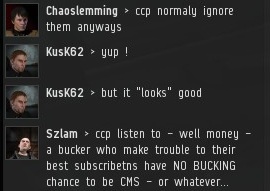 Rebels like Szlam believe the AFK carebears are CCP's "best subscribers". They may not contribute anything to the game, but they do often multibox multiple accounts.

For every carebear in highsec who opposes me, there's someone else who supports my vision of a PvP-oriented, interactive EVE.

Any CSM candidate who claims he can make everyone happy is a fraud. A CSM candidate's job is to present a clear choice to the voters. 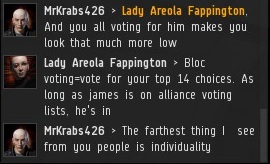 If players passionately support you and others passionately oppose you, you're doing your job, because it's proof that you're communicating your message effectively. You're not just letting people read into your candidacy whatever they want. 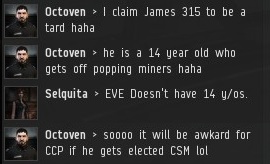 A polarizing candidate, therefore, is an honest one.

If I may say so, my candidacy has been a very polarizing one. 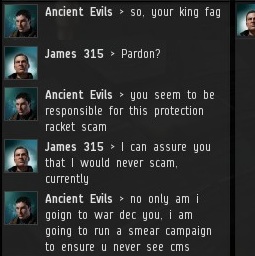 At the end of the day, the presence of a clear division means that the people have the opportunity to make a meaningful choice. Will they make the right choice? Time will tell.
Posted by MinerBumping at 20:18