We all know the drill, so let's get right to it.

Uh oh, not a good way to start off the post. Is it going to be another one of those days? Yeah, it's gonna be another one of those days. 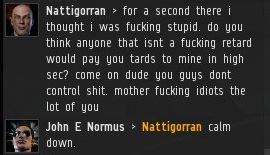 After all these months, I'm still amazed by the emotional reactions that some miners have to an orderly highsec. The New Order doesn't charge anyone anything to mine, aside from the 10 million isk mining fee. So where does the anger come from? Bot-aspirancy. It's a system failure when they encounter something that does not compute. 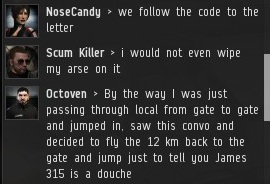 Yesterday I wrote about how polarizing the New Order and I can be: Extremely positive reactions, and extremely negative ones. 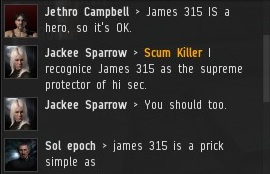 It seems like there isn't much in the way of middle ground. I've noticed a strong correlation between the quality of a person's character, and which side he chooses in this conflict. 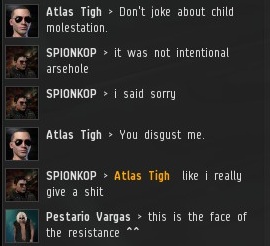 Which side is which? Let's just say it's probably not a good sign if you're on the same side as SPIONKOP. 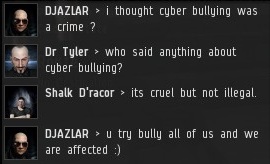 People throw the term "cyber-bullying" around so freely. One of these days I'd like to see an example of someone being called a cyber-bully when they've actually cyber-bullied. 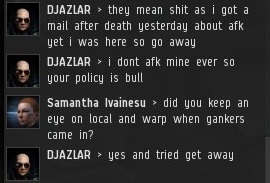 Every miner has an excuse for his Code violations. They put such effort into their rationalizations. If only they could spend some of that energy on active EVE play. 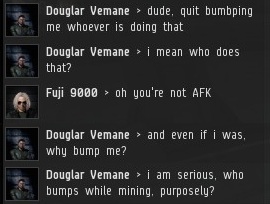 These days, it's exciting to meet someone who hasn't yet heard of the New Order and its Code. What an opportunity! 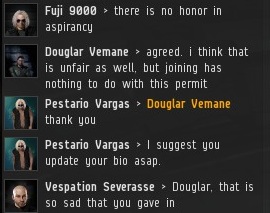 Our Agents were, as always, enthusiastic about getting the miner sorted out. The New Order is in the education business. 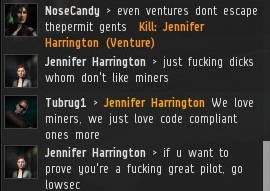 Highsec miners are an interesting breed. Even a highsec ore-sucker who pilots an exploded Venture can maintain a superior attitude. 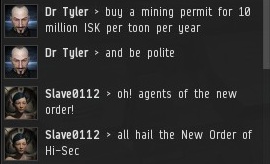 Another sign of progress: The Code is spreading even among Evealopalous spammers.

Highsec is an ecosystem; the New Order can't help but touch the lives of everyone who resides there.
Posted by MinerBumping at 18:22