Every time a miner dies in highsec, it's a learning experience for everyone else. Let's celebrate that quest for knowledge by taking a closer look at the more exotic kills performed by the New Order between March 17th @ 00:00 EVEtime and March 23rd @ 23:59 EVEtime. 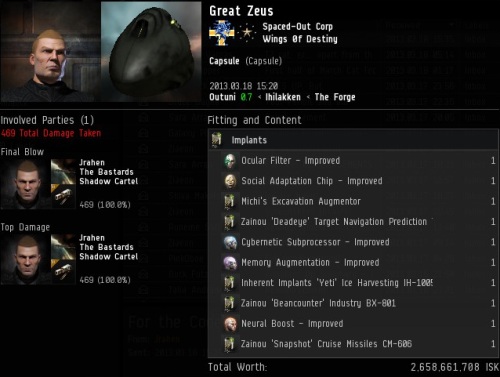 KILLMAIL
Agent Jrahen scored a nice podkill after both he and Ziaeon killed miner Great Zeus's Hulk. Killing ice-mining Hulks is special enough on its own, but there's nothing quite like smushing a Michi's Excavation Augmentor. 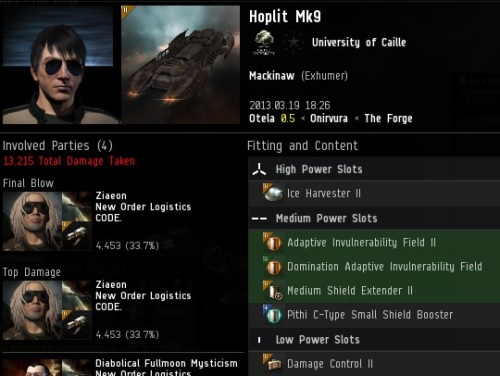 KILLMAIL
Hoplit Mk9's faction-tanked Mackinaw, worth over 400 million isk, was rightly antimattered into oblivion by Ziaeon, Diabolical Fullmoon Mysticism, Sara Agel, and Amyclas Lacedaemon. If you want to put a little more isk into your exhumer, why not spare 10 million extra for a permit, and enjoy mining legally? 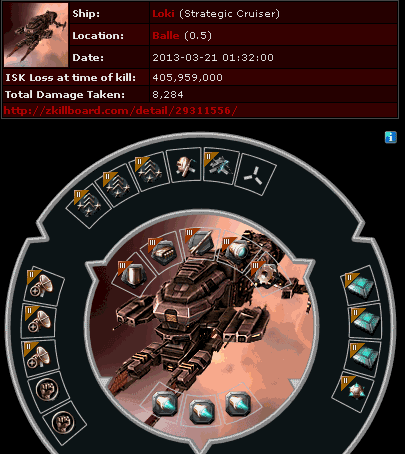 KILLMAIL
Here's a weird one: Defkaleion lost a Loki to a suicide gank by Agent Buck Futz, who brought out a Brutix for the occasion. Though a Loki is not a mining vessel, Agents have wide discretion when it comes to stamping out bot-aspirancy. Buck Futz felt there was probable cause in this instance. 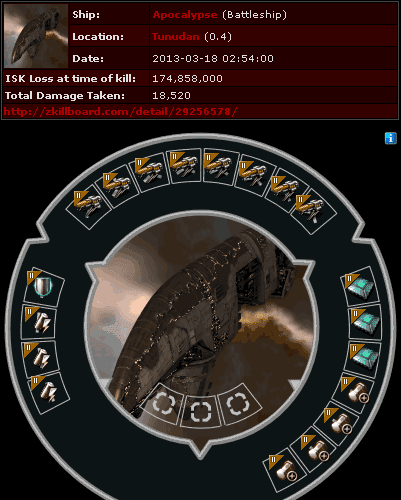 KILLMAIL
What's this? A mining Apocalypse was killed by Agents Jackee Sparrow, 290xanaots, NoseCandy, Capt Starfox, Lenda Shinhwa, Nardieu Narideu, and Kaire Koschuken. The attack occurred in a lowsec system! There was good reason for this rare excursion. The offender, Bazsothefathamster, originally lost a Covetor in highsec to Jackee Sparrow. Bazsothefathamster was unrepetant and rude, and pursuit was authorized to the border zone. He later lost a mining Omen, among other things, in the same lowsec system. 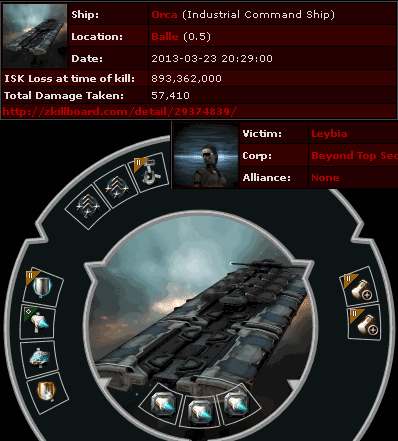 KILLMAIL
What's a week without an Orca kill? Leybia picked the wrong time to mine in an anti-tanked Orca, as Agents testing out some terror weapons were on the prowl. The Orca was popped by Buck Futz and Droopsack's Taloses, John E Normus's Brutix, Catalysts flown by Dante Lobos, Boarat Saagdiyev, Sara Angel, laassaalos Kiblos, and Fawn Tailor, and Lenda Shinhwa in a Velator. With the extra firepower afforded by the larger ships, the gang also killed two Mackinaws piloted by the Orca's alts.

Buck Futz logged local chat, where Savuth, one of the Mackinaw alts, tried to warn his fellow miners.


Savuth > Look out!! Assholes killing miners!
Savuth > RAping with like 10 to 15 ships
Savuth > losers
laassaalos Kiblos > which belt?
Savuth > does it matter!! They are coming for everyone!

It looks like the "terror weapons" lived up to their name. Though I appreciate the sentiment, Savuth is incorrect. The New Order is only after the miners who fail to comply with the Code.


Savuth > I'd pack it up if I were you. Lost orca and macks
Aerwyn Sun > untanked orca with CODE in system is not very smart...
Aerwyn Sun > sorry...
ChowYunPhatt > they killed my orca too so I paid them the 10mil and now they protect me while I mine. its worth it.
Savuth > They can go fuck a duck for all I care!
Savuth > I ain't giving them SHIT!
ChowYunPhatt > yeah thats what i said until my orca popped lol
Savuth > Hey, Do you like being ass raped too?? On second thought. Maybe you do
laassaalos Kiblos > my ass is doing just fine
laassaalos Kiblos > hows yours?
Savuth > pretty f'ing sore that's for sure

I know that a lot of you miners out there are avid readers of MinerBumping. Don't be the next Savuth!
Posted by MinerBumping at 19:18