The Next Frontier of Space Lawyering 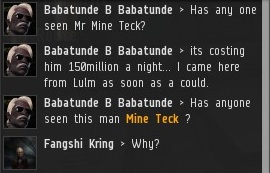 In Kamio system, a mysterious traveler sought out an angry miner. 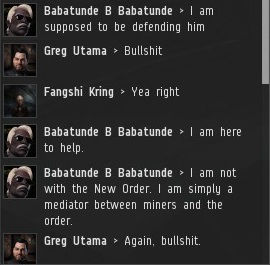 Before the New Order, most miners (assuming they weren't AFK) tended to be a trusting lot. They welcomed newcomers. Now, the rebels are bitter and xenophobic. 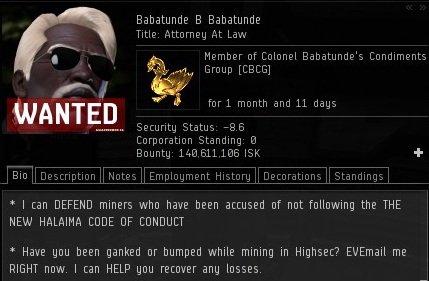 Babatunde B Babatunde, attorney at law, space lawyer extraordinaire and scourge of the New Order! How many Code violators have been able to escape justice because they lawyered up and abused some technicality? 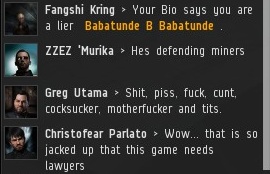 Christofear Parlato was shocked, but this is only the tip of the iceberg. Space lawyers have been out in force, ever since the dawn of the New Order. 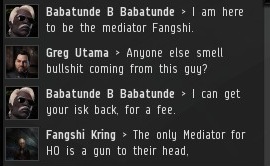 Babatunde is far more enterprising than most. The typical space lawyer defends himself, or defends others in the system for free. Something tells me Babatunde never does anything without getting paid. 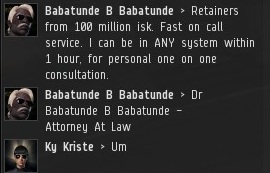