It was the eve of the March 1st rebel apocalypse. The carebears and rebel sympathizers of highsec exchanged excited whispers. 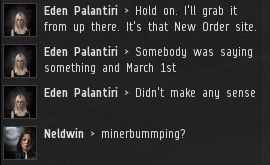 No one knew exactly what the resistance was planning to unleash... 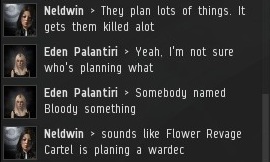 With no official leaders of the resistance around, everyone could only wait with baited breath and anticipation. 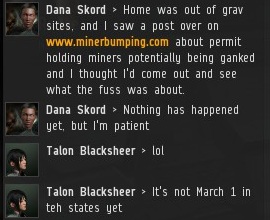 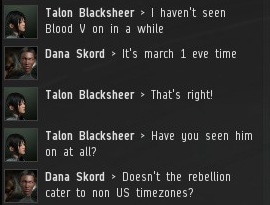 Nothing had happened yet, but as with any apocalypse, there were time zones to consider. Which was the official one? 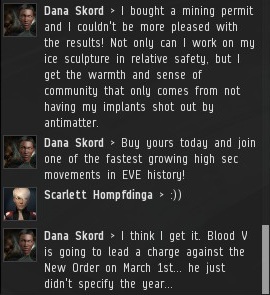 As March 1st went on with nothing out of the ordinary occurring, people began to doubt. 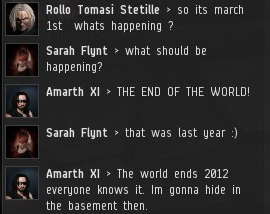 Light mockery broke some of the tension. Perhaps the New Order wasn't under threat? 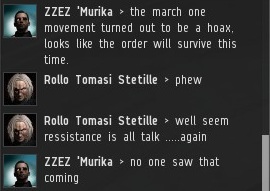 By the second of March, the cloud had lifted entirely. The New Order managed to survive the March 1st doomsday, partly because the rebels didn't actually do anything on March 1st. 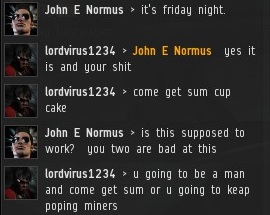 Things returned to normal, and blood valentine's threats were soon a distant memory. Once again, highsec was at peace. This is cause for celebration. And yet, I fear our fight...