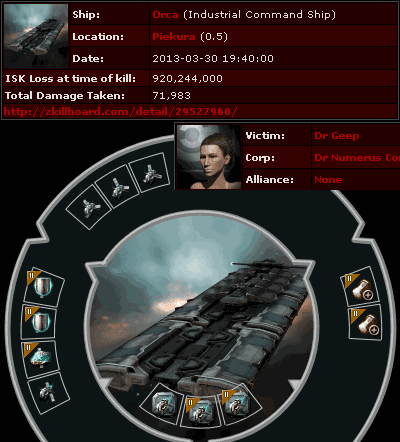 KILLMAIL
We begin with Dr Geep's Orca. This is a special Orca. On first glance, those high-slots appear empty, but take a closer look: They're filled with drone augmentors. There's also a drone mod in the mids, and you can see the rig slots are filled with mining drone enhancers. The rigs added something extra to the price tag, but at least Dr Geep didn't go overboard and buy three tech II versions; why spend 207 million on mining drone rigs when you can get away with only spending 158 million?

Yes, Dr Geep was flying an authentic mining Orca. The cargo bay (enhanced by anti-tanking cargo expanders), corporate hangar, and ore hold were filled with rocks. Such an Orca is an abomination. Luckily, Capt Starfox, Diabolical Fullmoon Mysticism, Janet Bobo, Wescro2, Agrona Martin, Thunder Rushing, Sara Angel, and Dante Lobos were on hand to rid the world of it. 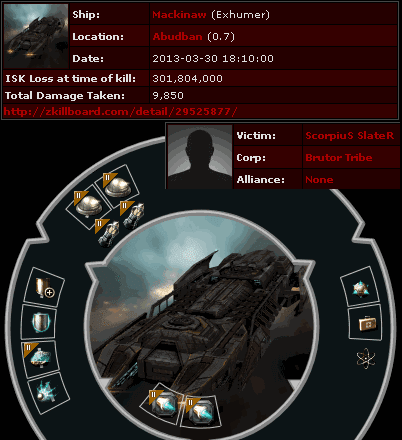 KILLMAIL
Another interesting fit, courtesy of Mackinaw pilot ScorpiuS SlateR. His mack's price went from the traditional 200 million up to 300 million, thanks to the two tech II cargo rigs. Why didn't he put cargo expanders in the lows instead? First, because Mackinaws rely on their ore bay, rather than cargo. Second, because he needed to fit a damage control, inertia stab, and power diagnostic system. Obviously. And is that a webifier I see? Agents Galaxy Pig and Galaxy Chicken did what was necessary. 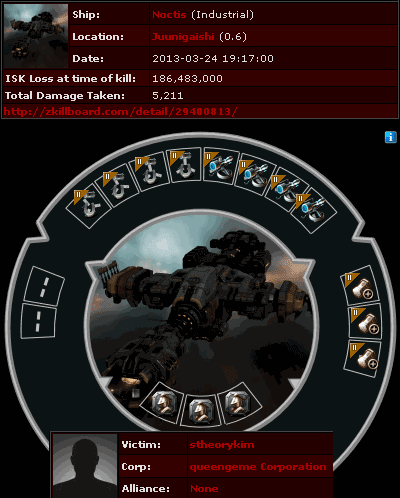 KILLMAIL
stheorykim's dead Noctis spices up this week's post. Fawn Tailor killed the Noctis, which was carrying around 100 million isk in modules and loot on top of the 85 million isk ship price. Fawn popped the pod, worth an additional 120 million. Adding insult to injury, the day before, Fawn had killed the same pilot, who was flying the same ship with the same fit in the same system. All told, about half a billion isk was lost. If you're going to salvage stuff, better safe than sorry--get a permit. 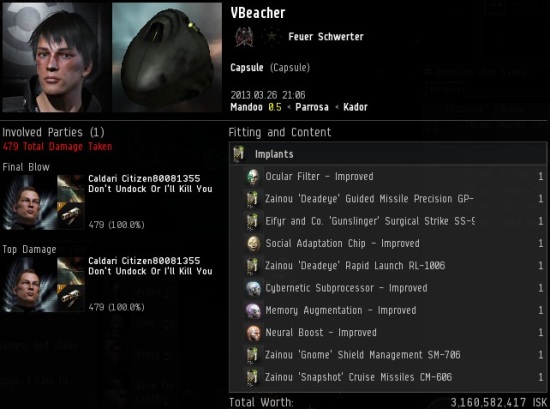 This week's pod was lost by Hulk pilot VBeacher, who had over 3 billion isk worth of implants. Caldari Citizen80081355 did the deed. He hasn't uploaded his API to eve-kill yet, but I was on hand to take a screencap. VBeacher's Hulk was killed by Caldari with the assistance of jipjipjip beepbop. Highsec miner pods are like a box of chocolates...
Posted by MinerBumping at 18:29