Today we celebrate some notable kills inflicted during the week of June 9th @ 00:00 EVEtime through June 15th @ 23:59 EVEtime. 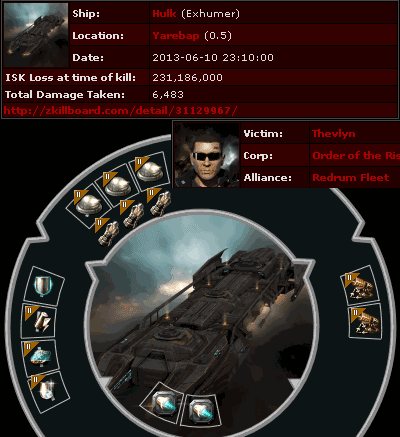 We start with Thevlyn's Hulk. Nothing too special there. That is, until you realize that Anthela Feh and Nysk lost their Hulks, and all three of them lost their pods, all in the same attack. Yes, it was a triple-Hulk-triple-pod kill, performed by just a trio of Agents: John E Normus and Fawn Tailor killed the Hulks; Ailish Liu got all the pods. Now that's efficiency.

All of you rebels in the "shoot at something that shoots back" camp, I challenge you to produce an example of such fine PvP talent. You won't find it among those who orbit their anchor and mash "F1", or among those who blob targets jumping into a gatecamp, or among those who "solo" with the support of scout alts, logi alts, Ewar alts, booster alts, etc. Anyone can see that the New Order is the focal point of elite PvP in the EVE galaxy. 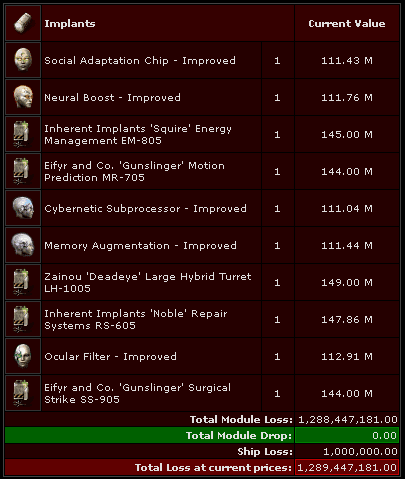 Ouch! Keinjo Afuran lost 1.2 billion isk when he was podded by Agent Spine Ripper. Was it deserved? I would say so: Keinjo lost his Retriever when Spine Ripper killed it, 16 minutes earlier. The bot-aspirant pod was waiting to die.

Is laziness of that sort becoming a trend? Agent xxBLACK SKULLxx 929 reported an even more egregious example this week. After Black killed Alex Meidison's Retriever, Alex put a 10 million isk bounty on him. But Alex's pod was still sitting there after the aggression timer expired, and Black killed it, too. Alex responded by placing another 20 million isk bounty. 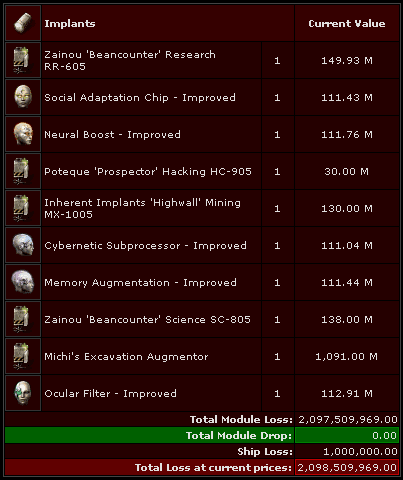 It was certainly a competitive week in the pod-killing department. rafino lost over 2 billion isk worth of implants when Agent Fawn Tailor popped his pod, immediately after destroying rafino's Hulk. If the merchants at Jita 4-4 had any concern for their customers, they would bundle Michi's Excavation Augmentors with complementary mining permits. 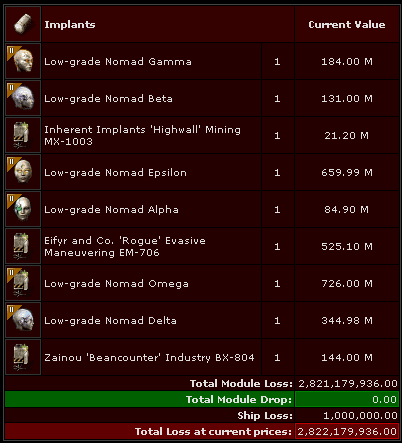 Like I said, it was a competitive week for pod-killing. ZveZdik lost 2.8 billion isk worth of implants when he was podded by Agent Maiki Dresin's arty Thrasher in New Caldari. That's a 1.0 security system, which just goes to show you that no system is safe in highsec for those who travel unblessed by the Code. ZveZdik was autopiloting in his pod, but Maiki had a feeling there was a possibility of unlicensed mining in ZveZdik's future. Sure enough, you can see a mining implant among the contraband. Let this be a lesson to all you rebels out there: If you intend to mine in my highsec without obeying the Code, you had better do it in a spare jump clone.
Posted by MinerBumping at 19:52