Saviour's Choice: The Top 15 MinerBumping Posts of Year One, Part 3

In celebration of the first anniversary of the New Order, we've been counting down the Top 15 MinerBumping posts. Click here for #15-#11 and here for #10-#6. 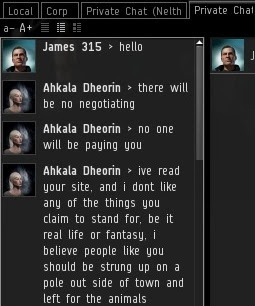 My first job as a diplomat didn't go very well. My mission was to help Ahkala Dheorin make peace with Arctic Dungeon corp, which was prosecuting a wardec against her friends in the name of the Code. Though I wasn't able to negotiate the terms of her surrender that day, Ahkala taught me an important lesson: Even people I've never met can direct a surprising amount of venom against me, simply because they encountered Agents who did work in my name. The story had a happy ending though, because Arctic Dungeon's fine work forced their surrender. 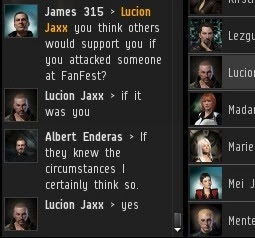 The peace-loving, tolerant, EULA-compliant carebears of highsec just want to be left alone. They like to mine because it's relaxing. At least, that's what they claim. In reality, the carebears are the group of EVE players most prone to hostility, blind rage, and threats of out-of-game violence. No wonder they seek relaxation--they're sorely in need of it. Lucion Jaxx became the first of many carebears to share his TOS-breaking fantasies in local. 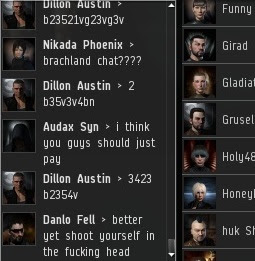 Though the miners of highsec are often dismissed as oblivious AFK'ers who have no concept of anything outside of the chunk of rock they're shooting at, they occasionally experience a "eureka" moment. When the New Order first got to work saving highsec, carebears quickly grasped the implications of having a bunch of players suddenly attacking their bot-aspirant lifestyle. They weren't happy. In this post, miners reacted to the sight of a small group of bumpers working together. They realized bumping would become a trend, and they pitched a bit of a fit about it. 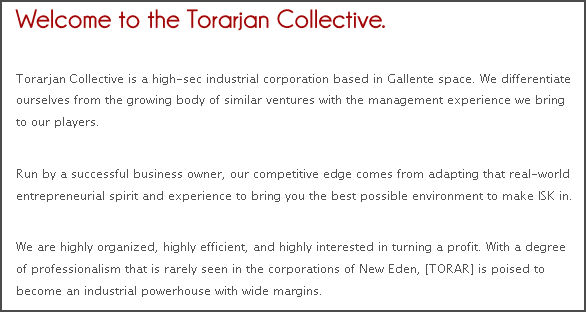 It was brief, but New Order vets have fond memories of our war against the Torarjan Collective corporation. The New Order is never better than when it is standing up for the little guy in a fight against an oppressive organization that hurts new players. Professor Billions appealed to me for help when he was kicked out of his corp for putting a pledge of loyalty to me in his bio. I got in touch with the CEO of the corp, but he was dismissive. In this post, I called the New Order to action and declared a crusade against the corp, encouraging all Agents to defend the rights of men and women to follow the Code. Torarjan Collective's CEO vowed never to surrender or shed carebear tears. You know how this story ended: They shed carebear tears and then surrendered to us. Torarjan Collective disbanded and its CEO abandoned his dreams of building a giant mining corp in highsec.

And now, a drumroll if you please... 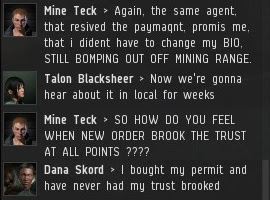 Surprised? I didn't think so. The #1 post earned its spot on the countdown not so much for the tears in the post itself--which is there to provide background information--but because of the SoundCloud recording of Mine Teck that was contained therein. It became an instant classic. If you haven't listened to it yet, now you know how to spend your next 18 minutes. Mine Teck, a Danish ice miner, joined Fawn Tailor and several other Agents in a TeamSpeak channel to discuss Mine Teck's problem with the New Order. Like a good film that stands the test of time, several memorable quotes originated from that recording. If you're ever in need of a smile, listen to the recording and you'll be beaming in no time.

And that's what it's really all about, isn't it? The New Order brings joy and smiles to every good person in highsec. Here's to the New Order, and may every year be filled with as much jubilation as this one!
Posted by MinerBumping at 19:08