Opening a Can of Wormholes

The New Order has its share of enemies. No one ought to consider himself an enemy of the Order, but there's no accounting for taste. Some enemies are new; some are old. Among the rebels who know the New Order's history, the name Arctic Dungeon sends a chill down their spine. 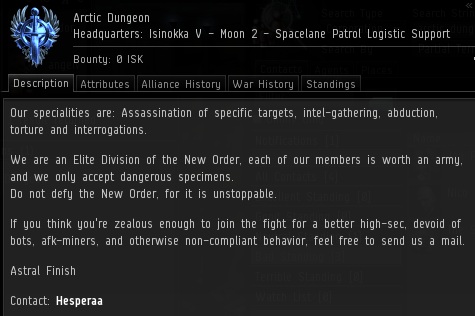 Hesperaa and her corp have been allies of the New Order since the beginning. They are known for their enjoyment of wardecs, but not for their mercy.

Hesperaa informed me that Neltharak Idrissil, one of the first New Order Agents, had placed a spy within an alliance of carebears known as Another Space. The carebears set up shop within a wormhole. No big deal, right? The New Order governs highsec, not wormsec. But Neltharak is an old hand at the intel game, and he quickly realized that something wasn't right. He suspected that Another Space alliance might have ties to highsec criminals, and that they might try to use the wormhole as a safe haven from which to launch future acts of bot-aspirancy.

Armed with his suspicions and his authority to root out evil wherever it may be, Neltharak contacted comrades in Arctic Dungeon, Hesperaa and VolkenCDiskenth, along with Agent John XIII. Together, they discovered a small fleet of Another Space battlecruisers, which were in a wormhole attacking an offline POS--an act not altogether dissimilar to AFK mining. 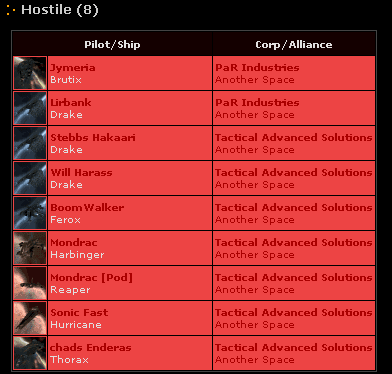 Though outnumbered, Agents of the New Order fear nothing. The Agents attacked using a Loki, Proteus, Pilgrim, and Jaguar. The rebels were taken completely by surprise, and were wiped out. Our heroes suffered no losses. Being men and women of honour, the New Order Agents offered to accept a surrender from Another Space, should they remit a suitable payment. The carebears refused.

Shortly after the wardec went live, VolkenCDiskenth destroyed a hostile Retriever, which was mining without a license in highsec. Neltharak's instincts had not failed him; the Another Space alliance was indeed harboring Code violators. This is why we grant Agents of the New Order such wide discretion. 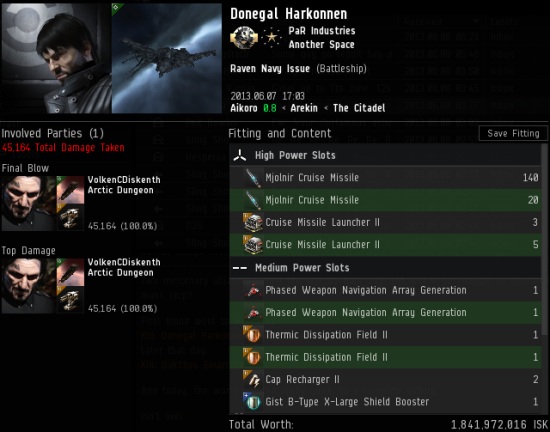 The next day, VolkenCDiskenth was on a highsec patrol and discovered Donegal Harkonnen wandering around aimlessly in a 1.8 billion isk Raven Navy Issue. Despite having ample opportunity to repent, Donegal made the choice to persist in carebearing. Outraged, VokenCDiskenth charged into battle with a Hurricane Fleet Issue and slew the beast.

The world is complicated. It is painted in shades of gray. But the New Order brings clarity. Everything in highsec is either black or white: You're either one of the good guys or one of the bad guys. The New Order makes no distinction between the Code violators and those who harbor them. Another Space thought they could get away with it. They were wrong.
Posted by MinerBumping at 19:40