The Secret Origins of the New Order

Most people who have played EVE within the last year have heard of the New Order. We don't hide what we're about, and we tend to make a splash wherever we go. Yet the origins of the New Order are not so well known. On occasion, I have alluded to what occurred in the days immediately preceding the now-famous June 24th declaration. As we continue this week's celebration of the first anniversary of the New Order, I present to you a special treat. For the first time, I will reveal the GM petition responses that led to the creation of our beloved Order.

UPDATE: After making this post, I was contacted by our friendly neighborhood GMs, who requested that the screenshots of the petition responses not be published here. Because I love and respect CCP--especially the GMs--I have deleted these screenshots. I have also officially petitioned for authorization to use the screenshots. Should my petition be granted, I will restore them.

In the week prior to the creation of the New Order, I purchased a Stabber Fleet Issue and went looking for some miners to bump. I traveled to Halaima, an ice field system near Jita. I told the miners that I would not tolerate botting, and I proved it by bumping the miners whom I suspected of being bots. After a couple days, I received a warning for harassment. I filed a petition in which I requested an explanation for how my good deeds could be so unjustly categorized. This is what I received.

GM Banana gave me a lengthy explanation of the rules. As it turned out, bumping gets a more complicated treatment under the EULA than just about anything else. According to his interpretation, bumping in combat was considered okay, but miner bumping was not.

Banana quoted me a provision of the EULA that you might still see space lawyers citing from time to time. Personally, I was unimpressed. What does bumping have to do with dumping cargo containers? And how can someone interfere with the ability of a bot-aspirant to enjoy the game? The whole reason they do what they do is to make money while not playing the game, because they don't enjoy it.

Though Banana was aware of the fact that I was accusing miners of being bots, he wasn't convinced that my suspicions had any merit. My bumping targets were chosen according to my finely-honed detective skills, but this was dismissed as griefing "random players". I was a loose cannon. At the time, it was common knowledge that CCP wasn't doing enough to combat the botter problem, precisely because they were incapable of distinguishing between human miners and bots. I stepped into the gap and was being punished for it. Ominously, Banana informed me that I was a marked man, a known miner bumper. I had to watch my back.

Of course my efforts seemed random to the CCP folk who couldn't detect bots. For someone who doesn't understand what DNA or fingerprints are, it would seem that the police randomly arrest people. Significantly, this was also the first evidence that my actions were generating a lot of petitions from the whiny carebears. I knew I was making an impact. The source was unimpeachable--it was coming directly from a member of the GM staff! If you want to get some idea of how many petitions we've caused over the last year, take note: This was before the New Order even began. It wasn't even day one yet.

GM Banana concluded by telling me that the rules were foggy. Because they were judged on a case-by-case basis, there was no way for me to anticipate whether or not I would get in trouble for bumping miners again. I wouldn't know I had ended up on the wrong side of the EULA until after I was banned. Worse, I couldn't avoid punishment by limited myself to a few bumpers per miner: Even short periods of bumping could be judged illegal.

The rules were clear as mud, but the result was clear as crystal: If I continued my career of bumping miners, I would probably be banned from playing EVE. The EULA was just too blurry on the issue, and it was too easy for a GM to come by on a case-by-case basis and determine that I was performing "random griefing", even if I only bumped miners for a short time. I was marked as a known bumper, so my actions would be subject to heavier scrutiny. I already knew that even my few days of bumping had resulted in enough petitions to make the GMs take notice. Besides, I had already received a warning, so I wouldn't have an excuse. So that was it, then. No more bumping. 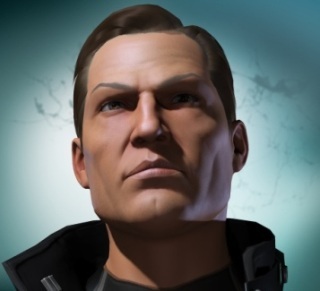 And yet... The true visionary is one who sees opportunity where others do not. I read GM Banana's message again, this time--dare I say it?--through the eyes of a Saviour of Highsec.

Did you see it, dear reader? Among the examples of an acceptable use of bumping, Banana suggested that a fleet might bump miners away for competitive reasons, to protect their asteroids or ice blocks. (At the time, all ice blocks were infinite, so I don't know why someone would do this, but hey, it's EVE.) I thought about this idea of Banana's. Then it occurred to me that it might be possible to create a "business" in which miners pay for the privilege of mining in my system. Of course, it would go far beyond that, because someone would need to pay me money and follow a Code of conduct. But when I did bump miners, it wouldn't be at random. Not at all.

I pitched the idea to GM Banana and asked whether he could tell me if I would fall on the right side of the EULA.

Banana reacted positively to my idea. However, since there was no precedent, he was careful to say that he could not give me any guarantee that I would be allowed to do this. There was still risk involved. It might be permitted, or I might be banned. But you all know me--I'm a big believer in having risk in highsec.

I decided to take his "most likely" as a "yes". From that point forward, I always claimed that I had been given a green light by the GMs, and that the New Order was acting entirely within the rules. This was completely true; the Saviour of Highsec tells no lies. It's just that the GM staff wouldn't conclusively determine that I was telling the truth until several months later, when they issued an official ruling on the matter. By then, countless Agents had bumped countless Code-violating miners. You can't fault me for being ahead of my time.

I certainly did turn a profit on my business. Disregarding the isk sent to me in donations or for the purchase of shares, I have made billions of isk by selling hundreds of mining permits. My expenses were minimal. The Stabber Fleet Issue that I purchased in June 2012 has never needed ammo, nor has it needed to be replaced, for it is Invincible. As for highsec, it would never be the same again.
Posted by MinerBumping at 19:38