The New Order is motivated by many things. Near the top of the list: generosity. If we were only concerned with maximizing profits, we would require everyone in highsec to buy many different kinds of permits. Instead, we only require the purchase of a single, infinitely versatile permit--and at a cost of only 10 million isk per year. On that note, it's worth considering the fact that bot-aspirancy is a disease that also takes many forms. The New Order is committed to combating all of them. For examples, consider these kills from the week of February 15th @ 00:00 EVEtime through February 21st @ 23:59 EVEtime. 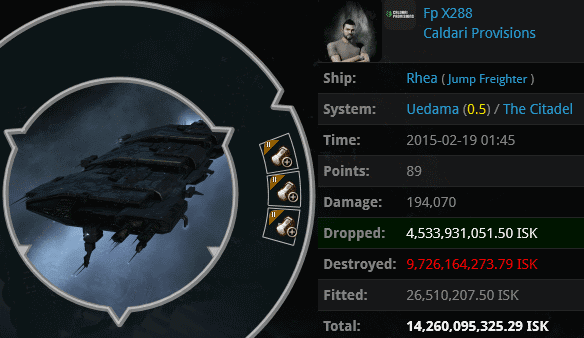 It was a bad week for bot-aspirant haulers: At least 34 freighters and jump freighters were killed by the New Order. It's pretty obvious that Fp X288 was a bot-aspirant from the moment he chose (or had a computer randomly generate) his character name. Armed only with the assumption that highsec is 100% safe, he put everything he owned into an anti-tanked jump freighter and threw himself into Uedama. He lost over 14 billion isk. How's that 10 million isk permit looking now? 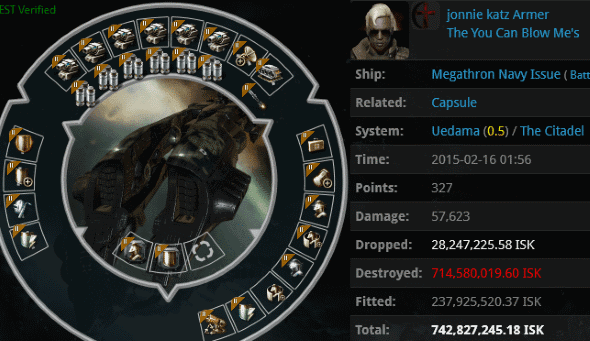 Oof. jonnie katz Armer didn't understand that there's a difference between versatility and chaos. His faction battleship fit can only be described by the latter term. And yes, that's a hull repairer in the mids. He went for a shield/armor/hull tank and succeeded at protecting none of them. He should've tried a permit tank. Agents Sasha Cohenberg, Braggs Seyllin, Grumps McGee, Jasion Kusion, Dio Marte, Mildron Klinker, Jimmy Papotte, Nooblet McNoob, Matt18001, Matou83, Allan Vyvorant, Rakeris, Samsa, and SrKotova brought this monster to its proper end. 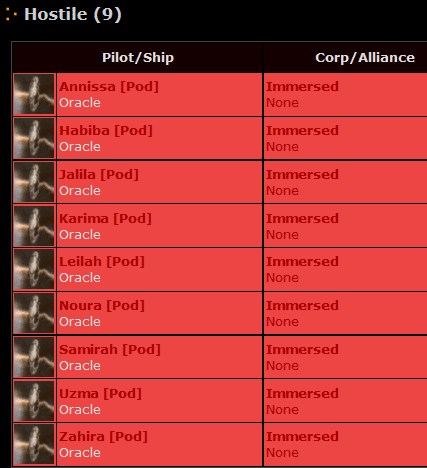 Is it possible to be a PvP'er and a bot-aspirant at the same time? You wouldn't think so, but Immersed corporation's 9 Oracles were spotted attacking a POS while completely AFK. An AFK PvP fleet! I appreciate a good highsec POS bashing as much as anyone, but the assumption that one's fleet would be invulnerable to counterattack while AFK? That's bot-aspirancy. Agents Anti-Ganker and hellyeaz systematically ganked all nine Oracles and all nine of their pods! 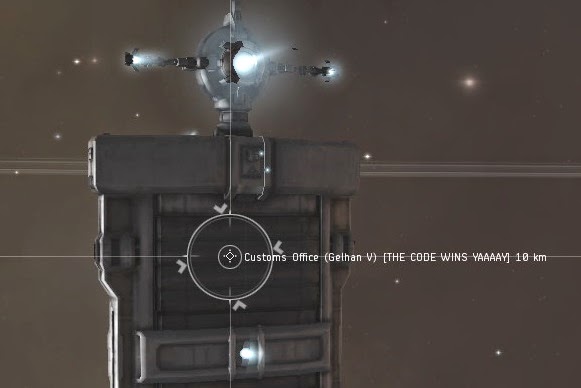 Law Offices of Philly D Lawyer corp was given fair warning when Agent Rollotamasi told them to get compliant with the Code before they started setting up POCOs in New Order territory. According to our Agent,

"Did Philadelphia lawyer recognize the error of his ways and fall under the warm embrace of CODE? Unfortunately no. Instead he hires Failed Diplomacy to fight me off over 44 days of glorious destruction. Failed Corp and Fluffeh Bunneh Murder Squad join the war over time pitting 70+ toons versus one CODE agent...CODE victory was certain at this point of course.

"Of course my aggressors did not realize their loss was at hand. Instead they busied themselves with wonderment... Why would I continue to buy and pit my ships against overwhelming odds? Isn't it all a waste of time and isk? Won't I run out of isk eventually?"

The New Order won the day. Forsaken Asylum forces teamed up with Agent Rollotamasi--flying under the banner of the THE CODE ALWAYS WINS corporation--and took down the POCOs. Proper POCOs were put up in their place. 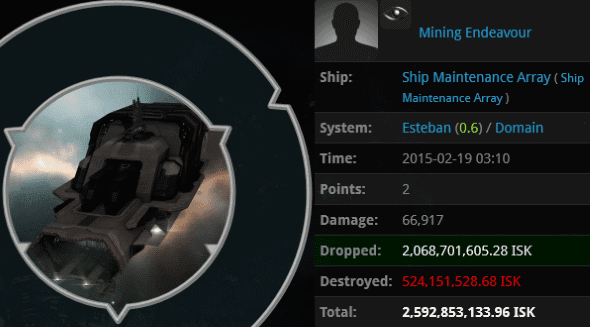 Mining Endeavour corporation was another group this week that learned the cost of failure to pay its dues to the authority of highsec. Its assets went unprotected, since the miners couldn't be bothered. They assumed all their stuff was 100% safe in highsec, regardless of whether there was an active POS shield or not. The New Order cared more about Mining Endeavour's equipment than they did. Agents Mildron Klinker and Zane Arnolles made good use of the hyperdunking technique to tear down the miners' structures. In one SMA, over 2 billion isk of ships and equipment were confiscated. Just two Agents with a bunch of hyperdunk-ready Catalysts were able to inflict over 4 billion isk of damage. Naturally, the carebears were AFK when it all went down. 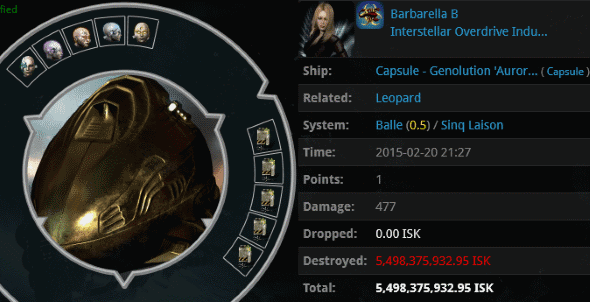 Barbarella B bought into the conventional wisdom that highsec travel is perfectly safe, even if AFK. She boarded a Leopard and went on autopilot. Agent Haleuth taught her a surprising lesson about the dangers of traversing New Order territory without a decent respect for the Code.