The Strange Case of Dr. Compliant and Mr. Bot-Aspirant, Part 1

Mining permits are a hot-ticket item these days. Highsec is swarming with New Order Agents on the constant lookout for Code violations. Who wouldn't want to buy safety for their mining equipment--especially at such low, low prices? 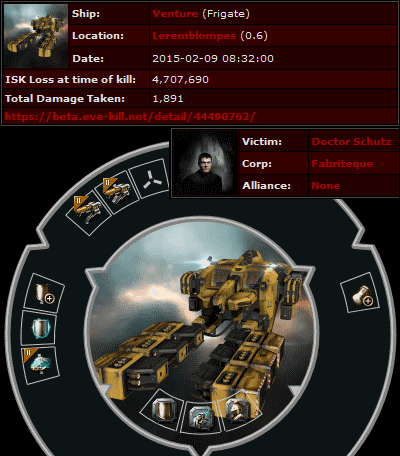 A fellow named Doctor Schutz was mining away in the Leremblompes system with a fail-fit Venture. Agent Mildron Klinker is a pillar of the Leremblompes community, so he took it upon himself to put a stop the dastardly deed.

Our Agents see everything. In fact, Mildron had already been keeping a close watch on Doctor Schutz. Two days earlier, the good Doctor purchased a Covetor--from none other than Mildron Klinker. So after the Venture was destroyed, Mildron knew there was still an unlicensed Covetor unaccounted for. He swore he'd find it. The Code is an acquired taste. Some miners become interested in the Code after they lose one mining ship. Other miners need multiple lessons. Having lost two mining vessels to the same Agent, Doctor Schutz was ready to talk.

It's like I always say: If you want to strike up a conversation with a silent carebear, suicide ganks are a great ice-breaker.

Unable to deny the importance of a mining permit, Doctor Schutz sent in the 10 million isk he owed. 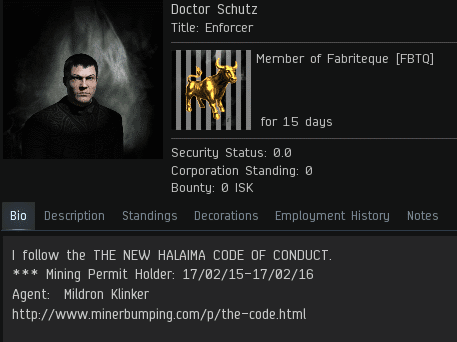 At last, the miner was on the winning team. Mildron couldn't have been happier for him.

In no time at all, the newly compliant miner was reaping the benefits of New Order citizenship.

The Doctor's alt repaid Mildron's kindness by purchasing a mining permit. Excellent! Nevertheless, the Code isn't some scam that extorts 10 million isk from the miners; it demands so much more. To ensure that Doctor Schutz was fully committed to his new path, Mildron decided to make a surprise visit to Leremblompes.

The visit was supposed to be a fun little reunion, but it turned into a nightmare. Everything was as Mildron feared: Doctor Schutz and his alt were both mining AFK. As the minutes ticked by, Mildron hoped against hope that Doctor Schutz would respond in local. But he didn't. 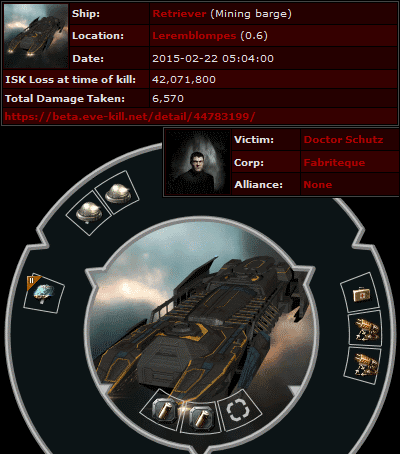 Nearly 10 minutes after he was greeted in local, the silent pilot of a fail-fit Retriever was ganked.

Doctor Schutz finally returned to his keyboard, explaining away his absence by saying he'd been in corp chat. Then he sent Mildron a dreadful EVEmail. Was this an aberration, or a sign of things to come?

It was like Doctor Schutz was a completely different person. All traces of the permit owner Mildron once knew were gone. The spirit of compliance no longer flickered in the Doctor's eyes. In its place: Bot-aspirancy.

To be continued...
Posted by MinerBumping at 19:49