So much destruction. So many carebears losing everything they've got because they won't obey the law of the land. We know it's economically irrational for a freighter pilot not to pay the 10 million isk fee each year. The kills highlighted from this past week, January 25th @ 00:00 EVEtime through January 31st @ 23:59 EVEtime, are about something more than isk, though. They're about respect. I predict that 2015 will become known as the year of respect--the year more and more highsec residents began to really respect the New Order and what it does for the community. 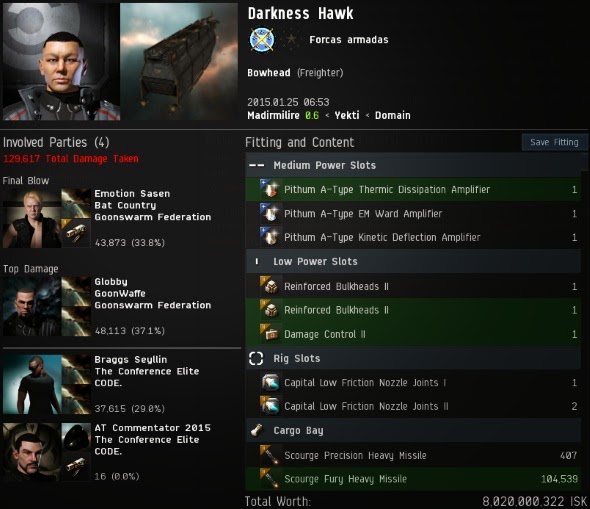 How did they do it? We've discussed "hyperdunking" before. It's when a ganker with a ship-carrying alt repeatedly boards new ganking ships ejected next to his target. Unlike the famous "boomerang" technique, no warping is used; every gank ship is destroyed by CONCORD. Is this technique valid or an exploit? According to CCP's EVE-O announcement, it's totally valid. No rules are broken.

Of course, there were the usual tears, shed for the "simple", impoverished 8 billion isk Bowhead pilots. This, in spite of the fact that only the most absolutely bot-aspirant player can be hyperdunked in this manner (a lucky warp or a single escort ship can put a stop to it). Though hyperdunking is not a common tactic, and although it affects only a small, bot-like percentage of EVE players, the carebears must protest even the slightest element of risk in highsec.

There's nothing special about this POS module and others lost by Smegs Transfer Corp. Or so it seems. From the amount of damage inflicted by Agent Mildron Klinker's gank Catalyst, we can conclude that Mildron has re-purposed the hyperdunking technique to attack stationary equipment... 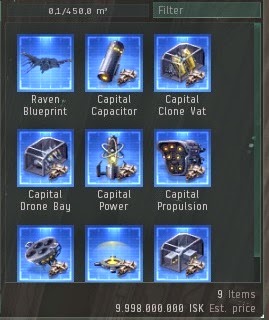 ...Which, has it turns out, may hide billions and billions of isk worth of blueprints. Fair warning: Everyone who wants to own property in highsec must pay their respects to the ruling authority of highsec. Or, you know, you can lose all your stuff. Instead of paying 10 million isk, someone in Smegs Transfer Corp ended up contributing 10 billion isk.

Speaking of respect, some random Cerberus pilot in local questioned the PvP prowess of our Agents. 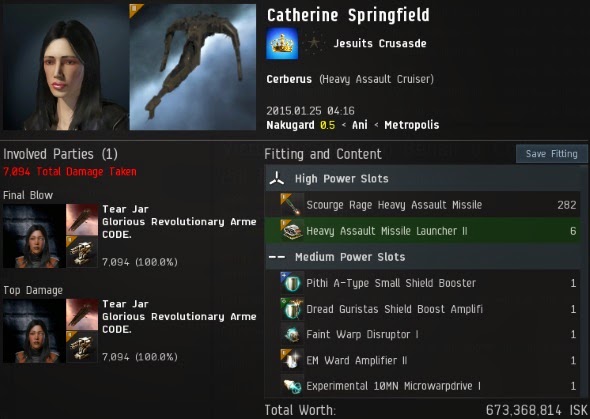 It was a costly mistake. Catherine Springfield's duel offer was accepted by Agent Tear Jar, who quickly destroyed Catherine's 673 million isk Cerberus. What was that about the New Order not shooting ships who can shoot back? More bad advice from the Anti-Ganking crowd, I suppose.

Agent Alana Charen-Teng was treated with disrespect by an Orca pilot who didn't know his place. What he didn't realize is that his corp had recently been infiltrated by two awoxers. 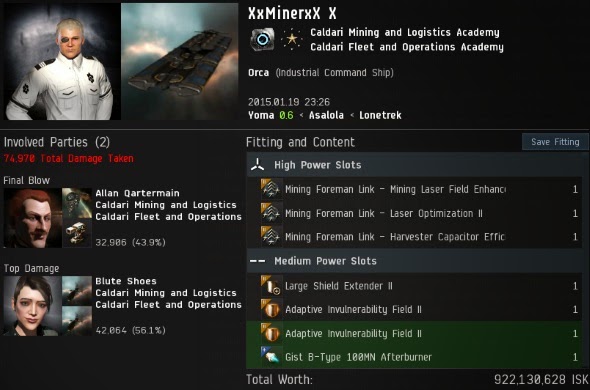 Said awoxers were loyal to the New Order, and they promptly taught XxMinerxX X a lesson in respect. Agents Blute Shoes and Allan Qartermain destroyed the billion isk Orca in a jiffy. Karma can be efficient sometimes.

...As it was for another Orca pilot, Joyof Mine. She was incredibly hostile (not to mention paranoid) to one of our Agents in local. Words of disrespect are not quickly forgotten by the New Order. 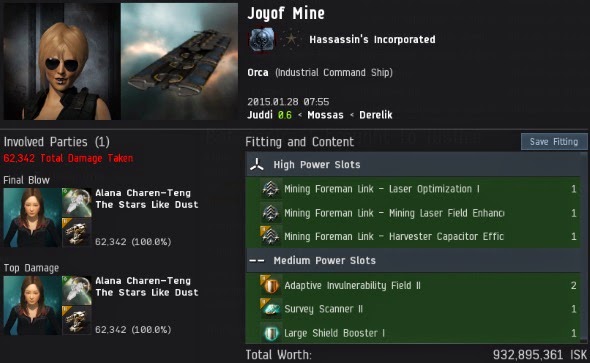 Joyof Mine's corp was wardecced and the Orca destroyed by none other than Agent Alana Charen-Teng, who paid it forward. In time, the destruction of the rude will raise the level of discourse all across highsec. 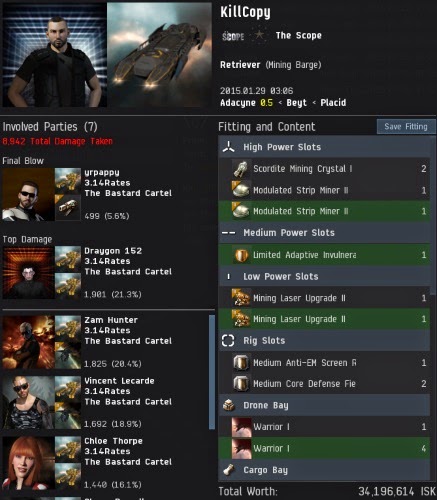 Members of the 3.14Rates corp told me that they wanted to challenge the "poor, defenseless miners" meme used by the carebear apologists. Agents Draygon 152, Zam Hunter, Vincent Lecarde, Chloe Thorpe, Chase Burrell, and yrpappy showed how even Ventures are perfectly capable of shooting back--and even enforcing the Code upon other mining ships. KillCopy's Retriever was involuntarily drafted into this demonstration. 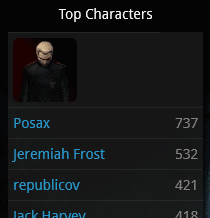 Do you know Agent Posax? He's a man on the move. He managed to score over 2,700 kills in a single month. That was over 700 in a week. According to zKillboard.com, Posax racked up more kills than any other individual pilot in the entire EVE galaxy. Along with Agent loyalanon, zKillboard's #1 ranked PvP'er in EVE, the New Order is comprised of some truly elite PvP'ers. The numbers don't lie! 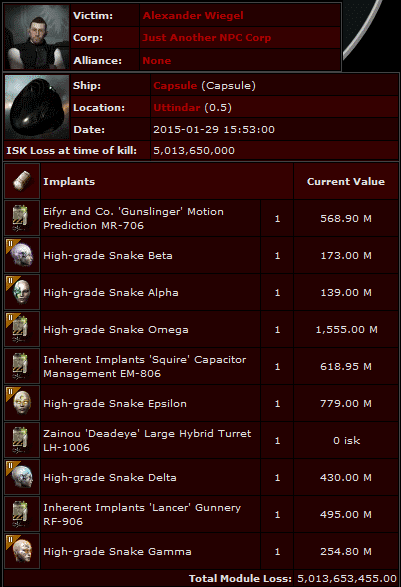 ...Nor do Posax's smartbombs, which unerringly vaporize those who would disobey the Code. Alexander Wiegel's shuttle and pod were worth over 5.4 billion isk if you add in the cost of the 'Deadeye' implant not valued here.

The New Order is swiftly advancing on all fronts. We are reshaping highsec. Thousands of players are being brought into line with the Code. No wonder we're gaining such respect--we've earned it!
Posted by MinerBumping at 23:13