Uh-oh, you know what that means! It's time for yet another edition of the Highsec Miner Grab Bag! We begin with hugh mungus Orti, who's just a bad seed. How can we tell? He was ganked while piloting a mining Moa. What a psycho. 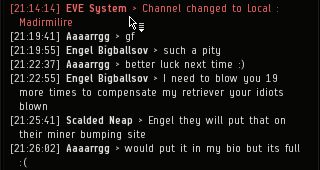 I'm not sure what Engel Bigballsov was driving at, but it doesn't sound like he's a Gallant miner. 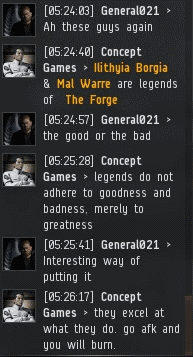 The fame and acclaim of the New Order continues to take root in highsec. We make all of CCP's hard work on this game worthwhile.

DED SOLOO apparently wrote his tearmail using a Russian-to-English translator. Our Agent told the miner to calm down, and the result was extraordinary:

"You lost the primacy that banana" is the kind of statement that makes a miner instantly memorable. Between bananas and strawberries, it's obvious what the carebears' favorite food group is. (Salt does not belong to a proper food group.) 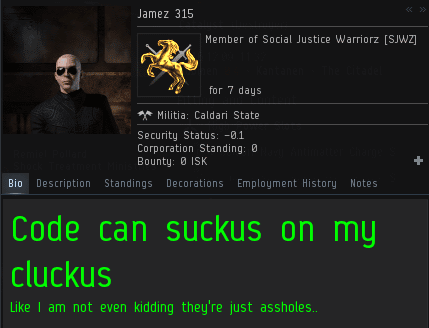 Of all the impostors running about lately, Jamez 315 is among the least convincing. 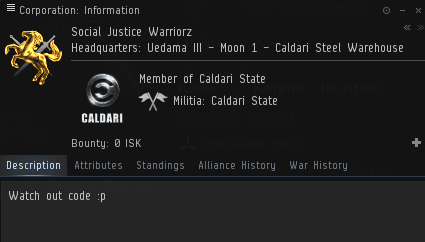 We remain on our guard.

According to Meltonius, only the immature play EVE for the spaceship combat. The grownups sit around all day mining AFK.

Typical miner. They disrupt highsec and then demand to be left alone.

littleshit Sotken informed me that it's time to do away with the Code. Well, it was nice while it lasted...

Good news, the Code's back on!

Agent Mildron Klinker was astonished when he opened his wallet and saw that someone had given him 11.9 billion isk. What could this mean? After thinking about it for a while, Mildron finally realized what had happened. In retrospect, it was obvious. 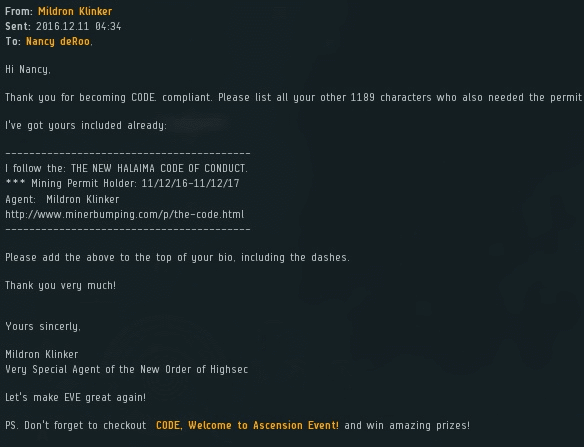 Our Agents aren't just warriors--they're the most professional and efficient administrators highsec could ever hope for.
Posted by MinerBumping at 19:10