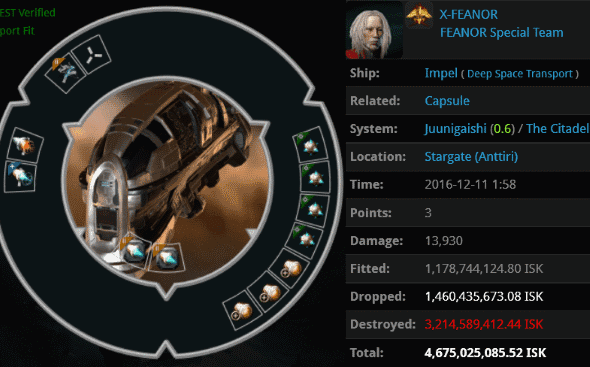 KILLMAIL
Yes, the FEANOR Special Team's ace pilot, X-FEANOR, has made his triumphal return to the Kills of the Week. He was discovered AFK on a stargate, completely oblivious to the fact that he was in New Order territory. His 4.6 billion isk Impel was attacked by Agents Winnie Po0h, Joel Kusion, Jake Kusion, Justin Kusion, Jayson Kusion, Jackson Kusion, Jason Kusion, Jeremiah Kusion, Joseph Kusion, Johnathan Kusion, and Jayden Kusion.

Like New Order stock in reverse, X-FEANOR crept slowly toward the 200 billion isk loss mark. You might wonder why X-FEANOR would risk so much. Well, nearly all of his losses are absurdly expensive. In a MinerBumping scoop last year, X-FEANOR's alt was interviewed by Agent Aaaarrgg. X-FEANOR candidly explained his thinking:

True to decadent form, X-FEANOR wasn't satisfied by losing merely 4.7 billion isk. No problem, because he was podded. X-FEANOR lost a pod worth eleven billion isk, topping even his previous outrageous pod losses. The lucky Agents to get on this legendary killmail were KoHfeTHbIu TpoLLb and Winnie Po0h, just returned from an undeserved 30-day ban. 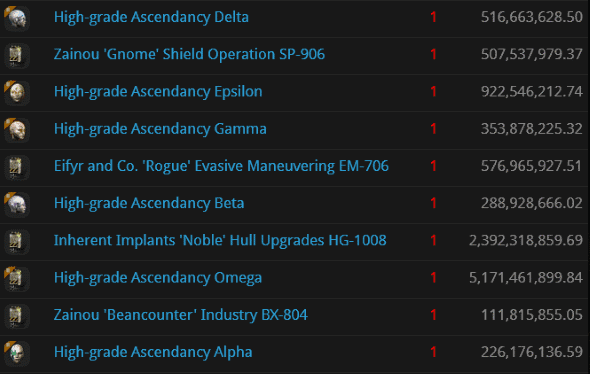 This is what an 11 billion isk pod looks like. For some reason, X-FEANOR felt it was necessary to spend 11 billion on implants for a character that does nothing but haul. I strongly suspect he is a Goofus. 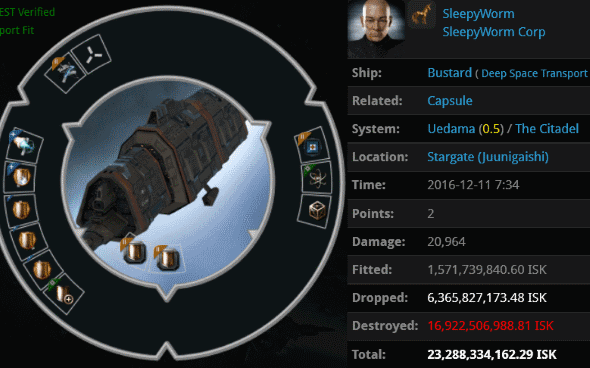 Speaking of the Kusions, they had also been given an unnecessary 30-day holiday, and must've been famished. They found a place of honour on yet another high-value kill; you know a killmail is going to be good when it has lots of zKillboard comments on it. 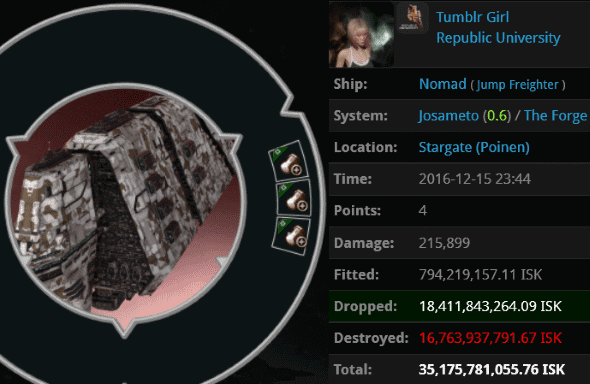 I'm sure she had a good reason for being AFK. But our Agents had an even better reason for ganking her: The Code. 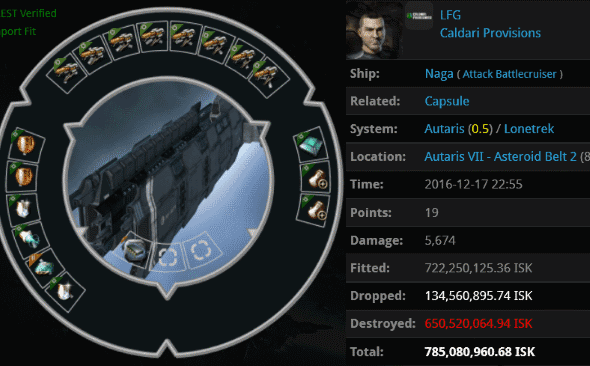 KILLMAIL
Only during a week like this could someone commit a crime as foul as LFG's and have it overshadowed. He disgraced himself with a mining Naga, which was equipped with a pair of ORE cargo expanders. Luckily, he was stopped by Agents shootyou longtyme and Leeroooy before he could do further damage.


Now, we all know that the CODE always wins. Always! But not every suicide gank can be successful. Here's an example of one that failed: 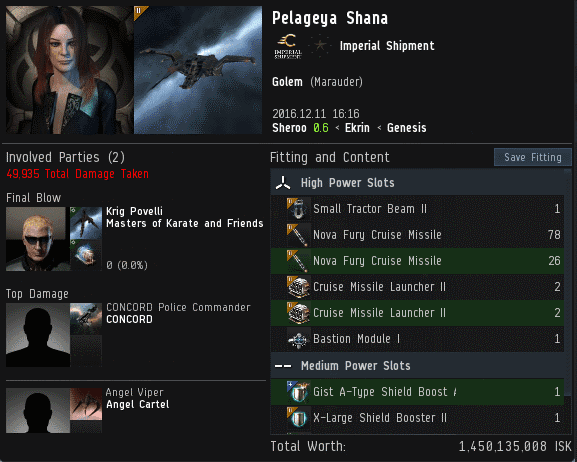 Pelageya Shana attempted to use her Golem to suicide gank Agent Krig Povelli, who was flying a mere frigate. Pelageya's gank failed and CONCORD escorted her ship to its fiery doom. She lost 1.4 billion isk. The carebears say ganking is risk-free. Tell that to Pelageya! And then give her a copy of the Code to read.
Posted by MinerBumping at 22:43