It's been a rough four years for the Anti-Gankers. Having utterly failed in their mission to stop the New Order from ganking Code violators, the few remaining AG'ers have changed tactics: Instead of trying to stop ganks, they're attempting to imagine victories into existence via the practice of spamming fake news on Reddit. Just one example: "The High-Sec Militia wins a major victory in Uedama against CODE!" 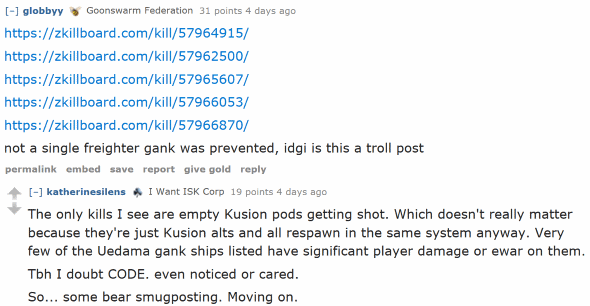 The Anti-Gankers soon wore out their welcome, even on Reddit. You see, all the fake news in the world can't save a single carebear. Only the Code can do that. Now let's find out what really went on in Uedama and elsewhere during the week of December 4th @ 00:00 EVEtime through December 10th @ 23:59 EVEtime. 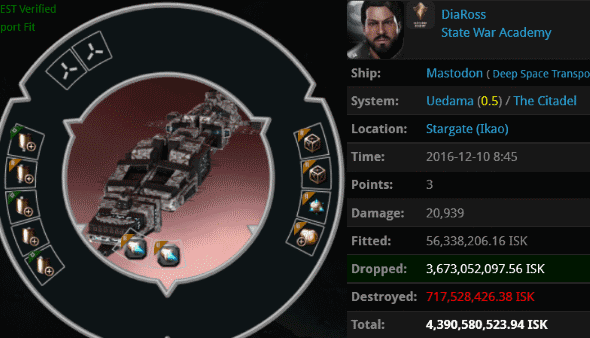 Is this actual cargo--or some kind of elaborate distress call? Either way, the Kusions responded. 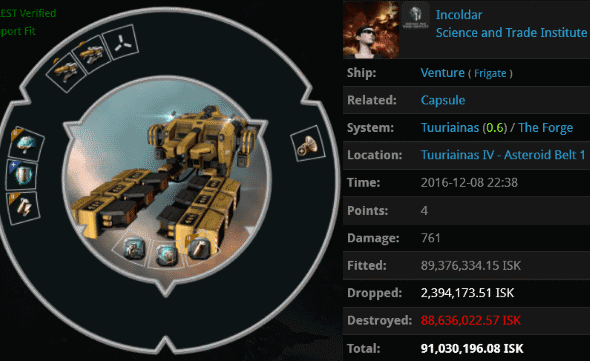 KILLMAIL
Why do those bullies in the New Order pick on defenseless newbros in Ventures who don't have any isk--whoops! Incoldar was brought to justice by Agent Lawrence Lawton. Shame on Incoldar for attempting to use newbros as human shields. 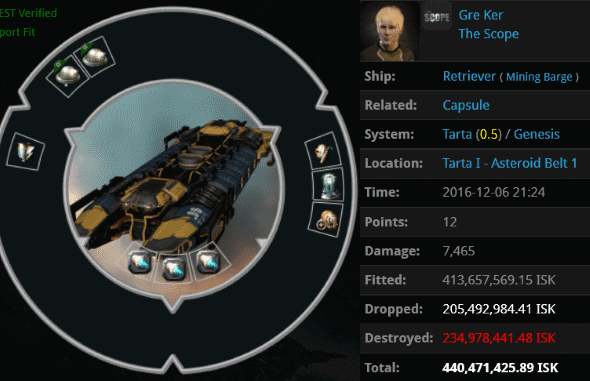 KILLMAIL
Sigh. Just when you think you've seen the worst that a Retriever pilot has to offer, someone like Gre Ker comes along and raises the stakes. His monstrous fail-fit was worth 440 million isk. Agents Never Gonna SeeGrandKids and Fate and Destiny did their duty by eliminating another pair of ORE Strip Miners from highsec. 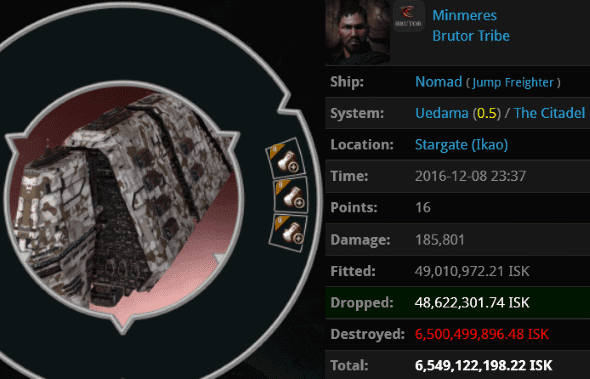 KILLMAIL
Despite countless nerfs to the ganking of jump freighters, Minmeres' Nomad was ambushed and annihilated by Agents Jason Kusion, Jayson Kusion, Winnie Po0h, Jake Kusion, Joel Kusion, Justin Kusion, KoHfeTHbIu TpoLLb, Jayden Kusion, Jackson Kusion, Johnathan Kusion, Joseph Kusion, Jeremiah Kusion, and Joshua Kusion. The death of any illegal jump freighter is a good enough reason to celebrate, but even more impressive is that the gank was done with only 13 gankers. The Nomad, of course, had plenty of jump drive fuel, but you know how that goes. 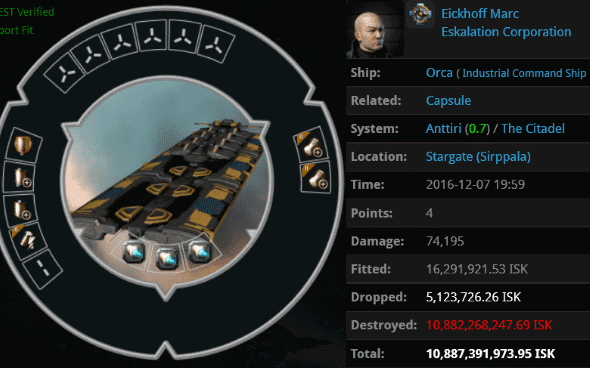 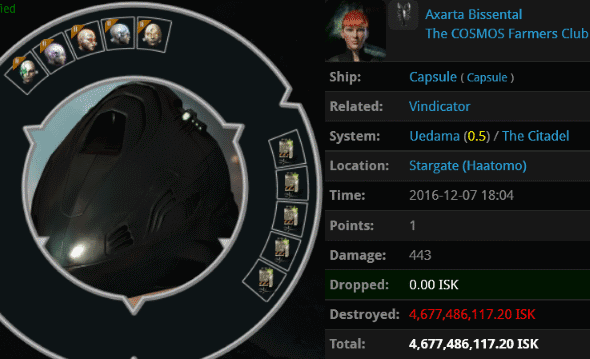 KILLMAIL
I guess the Anti-Gankers must've missed this one. Axarta Bissental was podded by Agent KoHfeTHbIu TpoLLb after losing her 2.3 billion isk Vindicator. As a result, Axarta's 4.6 billion isk implants were destroyed. 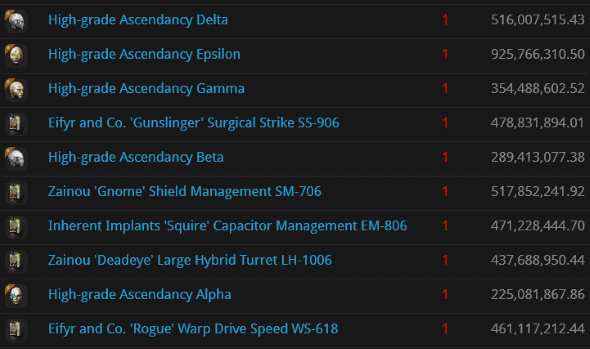 For those of you who don't know Agent KoHfeTHbIu, I can tell you he loves to drink the blood of decadent carebear pods. As delicious as this kill was, KoHfeTHbIu's thirst was not satisfied this week. He craved more.

Next week: The return of X-FEANOR!
Posted by MinerBumping at 21:58