Highsec's Only True Defense Against Bots 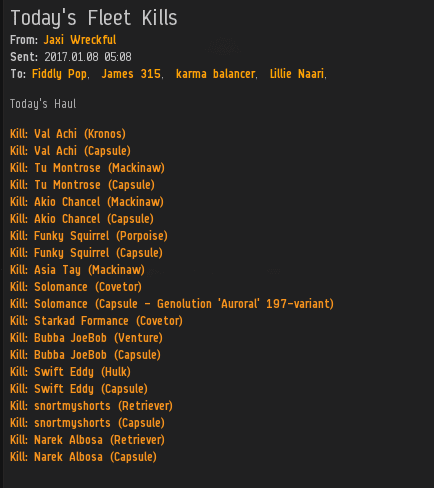 Agents of the New Order of Highsec are powerful on their own, but when they assemble fleets--watch out! 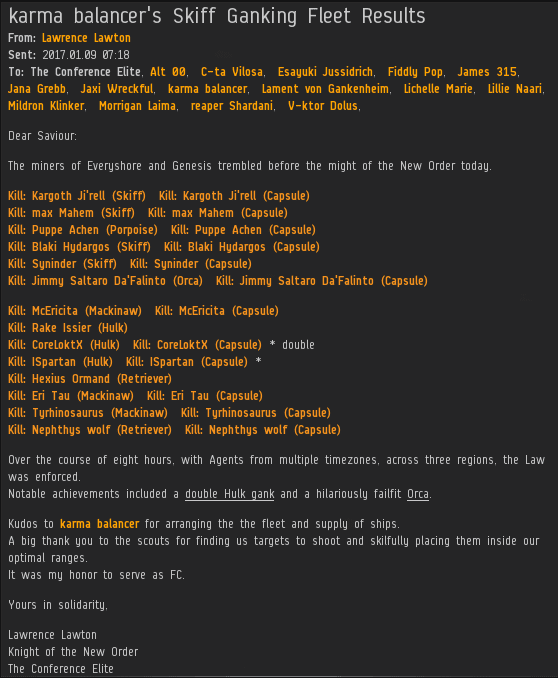 And our fleets have been busy. One day after another, they form up and send a storm of firepower against their enemies. 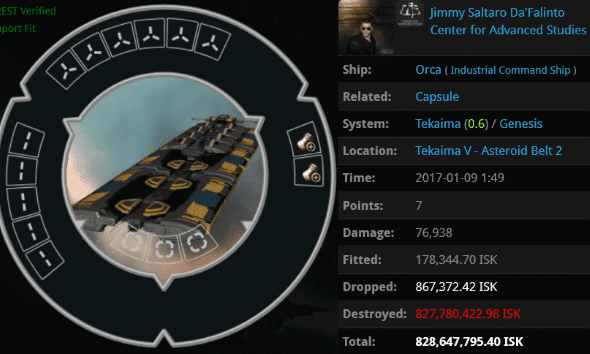 They weren't joking about that Orca being fail-fit. 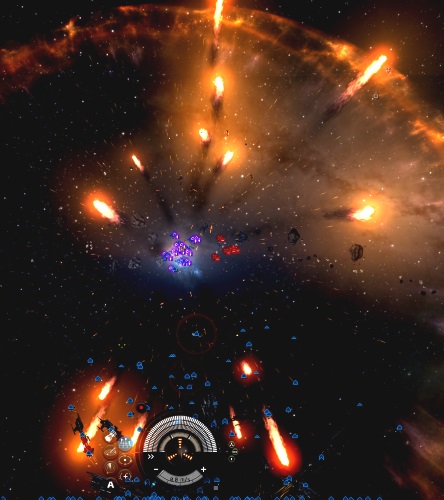 I think that Orca looks much better as an explosion, don't you? Click here for the full-size version of the photo taken by Agent Alt 00. 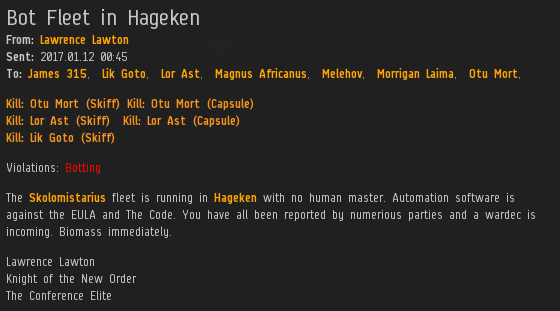 On yet another fleet operation, our heroes went to the Hageken system, where bots were known to be active. Our Agents are so effective and so omnipresent that even bots are forced to use Skiffs these days.

The carebears say, "Let CCP deal with the bots." They fail to understand what the Reverend Doctor Martin Luther King, Junior referred to as "the fierce urgency of now". Besides, CCP doesn't do anything about bot-aspirants, so why trust them to handle bots?


Sergio Von Coarstein > no one will risk thei ships here
Allexia Juno > how do i report?
Allexia Juno > OMG ALOT OF PPL JUST WARP IN AT THE BELT
Allexia Juno > RED PEOPLE
Lawrence Lawton > Let's see if the bots respond.

While the Hageken locals were groaning about the bots, salvation appeared in the form of red flashies.

Hageken came alive. The New Order had come to the rescue!


Lawrence Lawton > Kill: Otu Mort (Skiff)
Magnus Africanus > epic work
Allexia Juno > that was FUCKING AWESOME
Allexia Juno > OMG THAT WAS so the best thing i have ever seen
Disal Tsero > that was great
Ganku Desu > we'll be back
Morrigan Laima > we can kill one every 15 minutes.

You know something? Many highsec miners have never seen anything fun happen in EVE. It's sad, but true. Luckily, these days they have hope--in the form of the Code.

After three of their Skiffs were destroyed, the bot fleet was forced to retreat. The people of Hageken will never forget what they saw: Unmistakable proof that our Agents are the good guys, the heroes of highsec.
Posted by MinerBumping at 18:29