Highsec is a special place in the EVE galaxy. Its unique qualities--chief among them its Code--absolutely must be respected. I think most people understand this. As for those who don't, a terrible fate awaits them. But don't take my word for it--just look at these kills from the week of January 15th @ 00:00 EVEtime through January 21st @ 23:59 EVEtime. 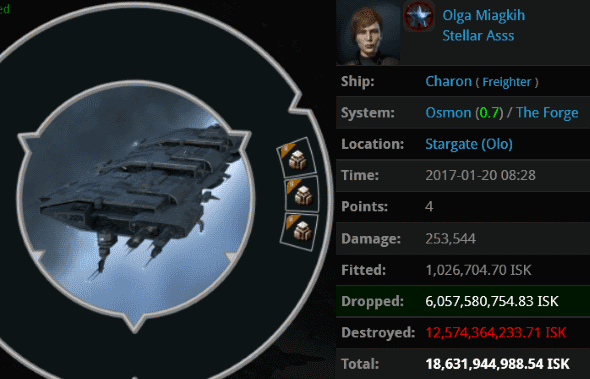 KILLMAIL
Olga Miagkih was torn. She was too lazy to divide her cargo, but she knew it was unsafe to pack 18.6 billion into a single ship. So Olga triple-bulkheaded her freighter, seeking refuge in the multiple EHP buffs that CCP has given her kind over the years.

Truth be told, it was a perfectly miserable week for Code-violating freighter pilots and their "friends" in Anti-Ganking. Enraged by the carnage they saw, they tried to console themselves with the thought that at least the Kusion family was nowhere to be seen. 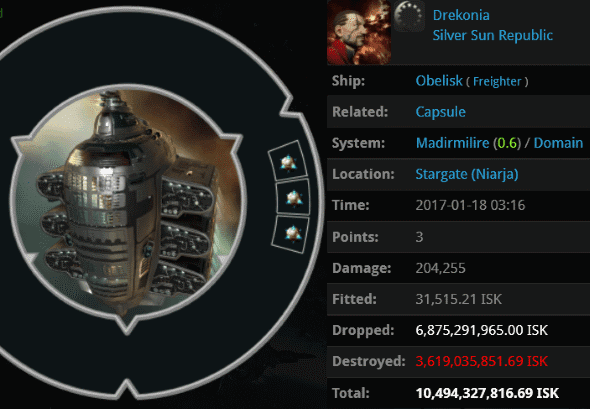 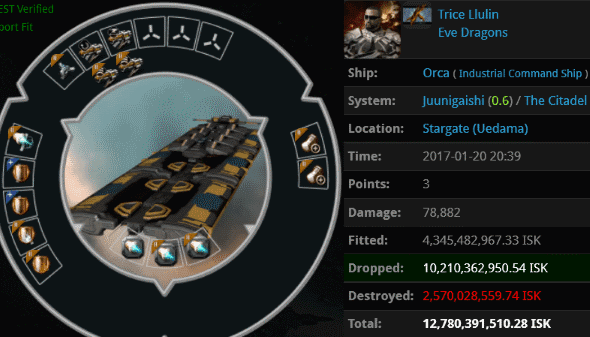 KILLMAIL
Speaking of EHP buffs, Trice Llulin's Orca was nothing less than a celebration of its pilot's arrogance. It, too, fell prey to a massive gank fleet; Uedama and Niarja were both theaters of death and destruction this week. 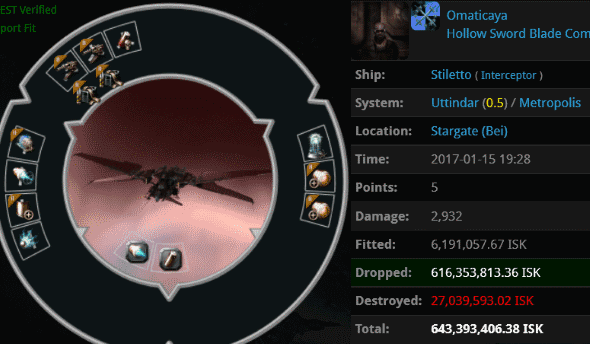 KILLMAIL
Omaticaya, suitably frightened by the sight of so many freighter wrecks, decided to use a speedier, slicker courier ship. Then he activated its autopilot and went AFK. Agents Le caneloni sauvage and kellya were on hand to deliver a surgical strike.

Skills belong in an EVE character's head, not his cargohold. 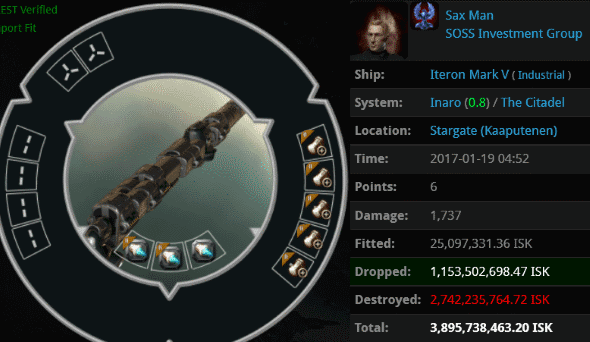 KILLMAIL
There's more than one way to lose 3.8 billion isk in highsec, and Sax Man chose one of the worst. He was only interested in using fitting slots that allowed him to reduce his ship's hitpoints. Trimmed down to a svelte 1,737 hitpoints, the Iteron Mark V was now ready for its date with Agents Votre Dieu and Narl' Amhar. 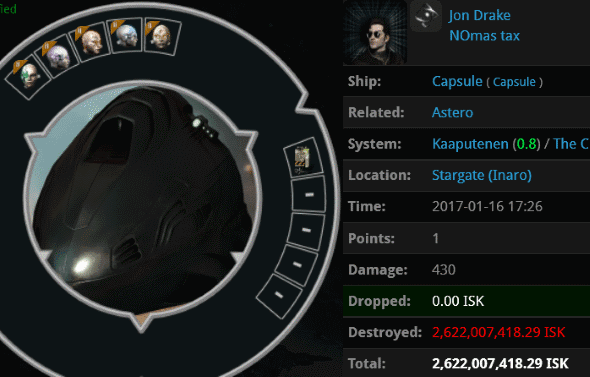 KILLMAIL
Jon Drake was deceived by the carebear fantasy that you'll never lose your pod as long as you stay in highsec. Agent Pod-Goo RepoWoman showed him the truth: A pod's safety is entirely dependent upon one's obedience to the Code.

When it came to Code-compliance, Jon Drake fell short. In the end, his implants were good for nothing but producing a 2.6 billion isk killmail.
Posted by MinerBumping at 21:29