There was a miner in the Otela system who did nothing but sleep. And then, one day... someone woke him up. 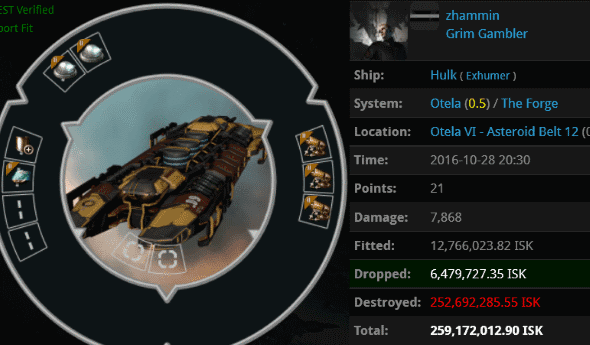 zhammin wouldn't respond in local, so Agent Super Perforator sent him a message by way of the Antimatter Express. This time, the message was received.

zhammin was suddenly very interested in having a conversation with our Agent.

Based on the miner's behavior, Super Perforator was able to deduce that he hadn't kept up with MinerBumping. I wonder what was so important that zhammin couldn't spend a few moments each day reading the blog?

zhammin chose to adopt a hostile attitude. He even threatened to take some sort of revenge against our Agent. Apparently it never occurred to him that he'd be better able to achieve his goals if he cooperated with the New Order.

The miner repeatedly attempted to get Super Perforator to go to nullsec. It was as if there was something in highsec that he didn't want our Agent to see...

Super Perforator kept zhammin talking. If the miner had any secrets, he would eventually let something slip.

Major miner hypocrisy: Ganking miners is too easy, but AFK mining in highsec is challenging enough to be worthy of respect.

I will now tell the reader to expect that zhammin will frequently refer to corporations as "crops". Trust me, this will make it a lot easier to read the rest of this series.

More invitations for Super Perforator to visit low/null. Maybe zhammin works for some tourism department out there? He wouldn't stop talking about it.

zhammin laughed off his 200 million isk loss (which he rounded down from 259 million). It was such a small kill. Why, in nullsec you could kill that much by camping a gate for a day or going on a 4-hour roam.

But then the EVEmails started.