Return of the Mad King, Part 4

Previously, on MinerBumping... Once upon a time, a man named Fin Udan had free rein over EVE-O. He insulted ISD and CCP, and he spread profanity and conspiracy theories at will. He seemed immune from the rules, until eventually he was cast out into the darkness. Then, one day, he returned. Posting under the name Rogue Halo, Fin renewed his crusade against the New Order IPO thread in Market Discussions. 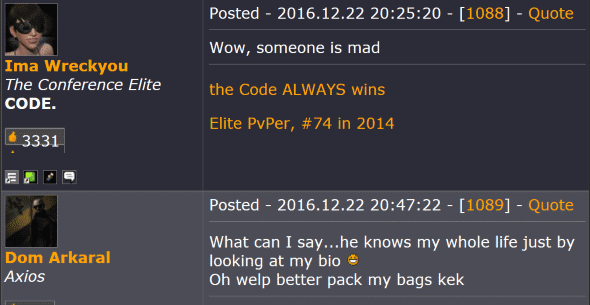 Fin's triumphant return had soured quickly. He was making no more progress winning over the community than he had all those months ago.

Now the forum warrior found himself getting bogged down with his various personal vendettas. Then Fin switched gears. It was time to focus on his true goal: The elimination of the New Order IPO thread. 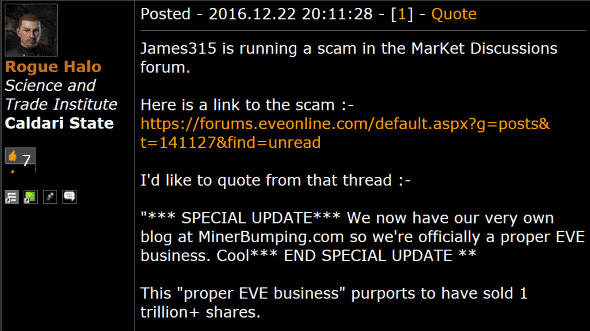 ...And to do that, he would need to go back to the EVE General Discussion subforum, a place where hopefully he would find a more receptive audience. Fin posted a new thread, "A scam in plain sight", in which he informed everyone of all of the crimes being committed in another subforum. 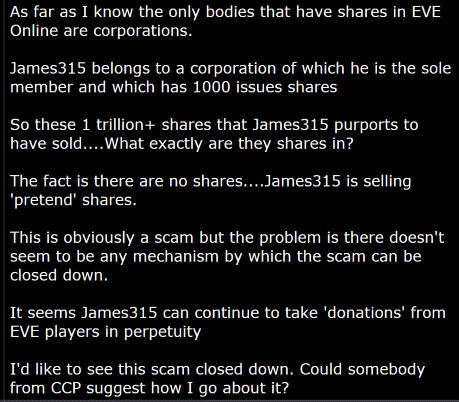 While the Market Discussions subforum seemed to be owned lock, stock, and barrel by the New Order, maybe there was still a shred of decency left in EVE General Discussion. And if not, maybe CCP would show up to tell Fin how he could get the New Order thread locked.

But then, at the very moment Fin's victory seemed to be at hand... 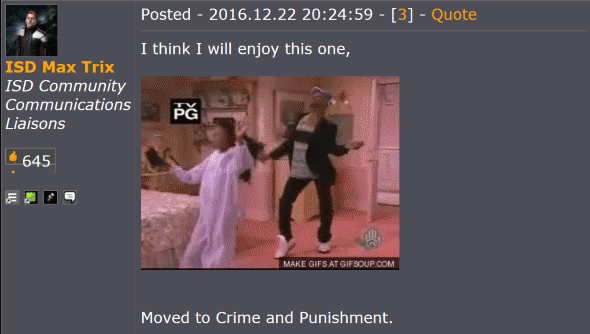 Disaster! ISD Max Trix had been alerted to an active thread in EVE General Discussion. He moved swiftly to transfer the thread to the Crime & Punishment subforum. 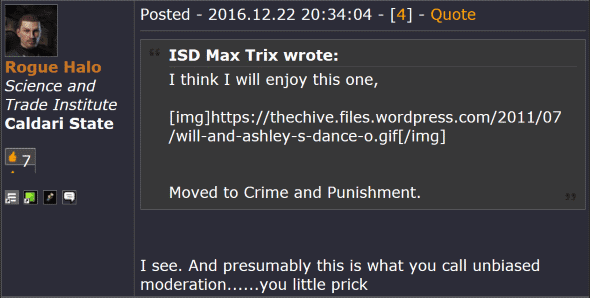 Fin disagreed with the decision to move the thread.

Fin learned to his disgust that the Crime & Punishment subforum was an even more pro-Code venue than Market Discussions. 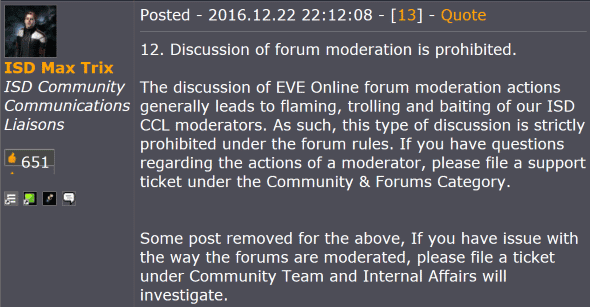 ISD Max Trix removed Fin's complaint posts from the thread. However, he did not take any action against Fin. According to the forum rules, abusing members of the ISD is grounds for an immediate permaban from EVE-O; people have certainly been banned for far less. So far, Fin's posting privileges remained intact. Was... was it all happening again? 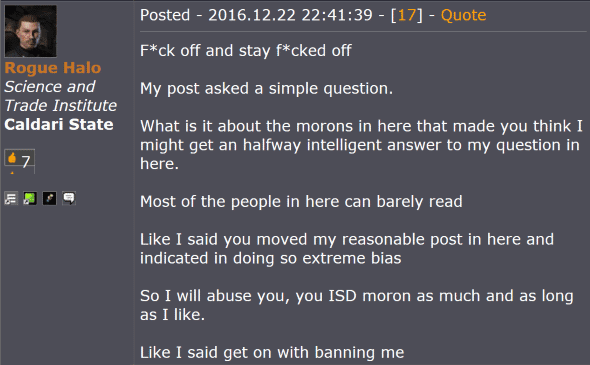 Fin didn't believe in polite ambiguities and gray areas. Whatever he sought, he went after it directly. Now it was time for the moment of truth. Fin wanted to know if his EVE-O invincibility had been restored. If it had, he would use his powers to bring down the New Order IPO thread. And if not, he'd rather be banned again. It was all or nothing. Fin challenged the ISD and pushed all his chips into the center of the table. 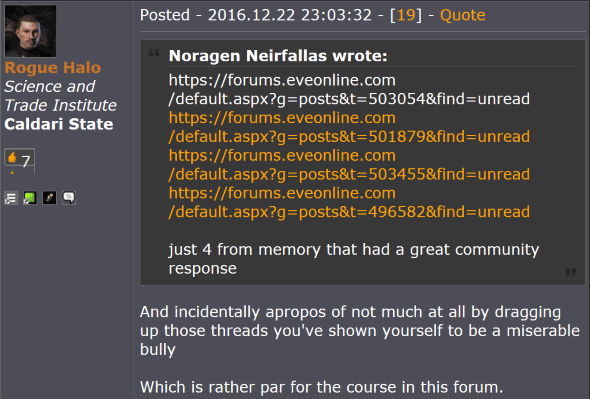 Twenty minutes later, Fin still wasn't banned. But maybe that was just because the ISD hadn't read his post yet. He occupied himself by skirmishing with posters in the Crime & Punishment forum.

Then Fin noticed that ISD Max Trix had indeed seen his challenge. The ISD member was quietly deleting Fin's posts. But Fin himself was still free to post anything he liked. Apparently nothing he could say would get him banned. Fin Udan had his powers back. And that meant one thing...

To be continued...
Posted by MinerBumping at 17:51