The bad news is, "CCP Falcone" probably won't be able to help you. The good news is, your message will appear on today's edition of the Highsec Miner Grab Bag!

Sigh. Another petition for CCP Falcone to review. 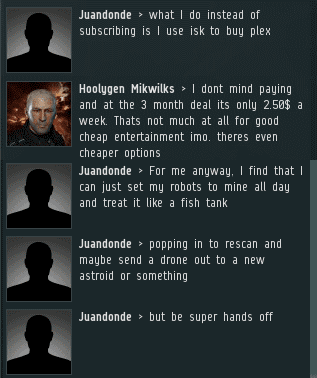 The bot-aspirant miners of highsec would see EVE reduced to a fish tank. They are disgusting.

Freeze Shihari was reminded of the 1990s in Russia when his illegal ice-mining operation was shut down... 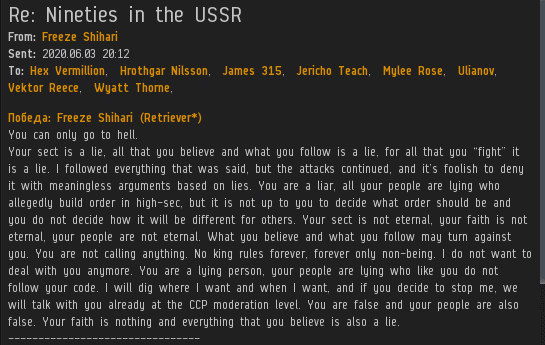 Ah. Now that's more like the 1990s Russia that I remember.

Some carebears wonder why we pod people. We do it for the Code. The deer, coffins, and scarecrows are just a bonus.

I won't be surprised to find a politely worded reimbursement request in my inbox later this month. 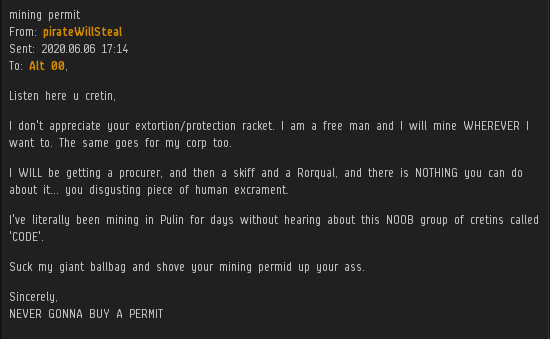 Miner, you may acquire those mining ships, but they had better stay docked up. You know what will happen.

"But nobody ever warned me that I might be ganked in highsec!" These miners are too AFK to notice when other whiny miners warn them in local.

But you did get to watch a show.

"Why would I obey you, if you can kill me?" These Goofuses don't even understand how government works.

This is the truth: The players we want to return to EVE are those who come back because of MinerBumping. Highsec is not a lounge for watching Netflix; it is an arena for elite PvP.
Posted by MinerBumping at 18:02