Previously, on MinerBumping... aiva naali aka FighterJets GuitarSolo 1000Years took his eye off the ball: Instead of focusing on his mission to help the Imperium conquer nullsec, aiva got bogged down in a bizarre debate about gender dynamics. 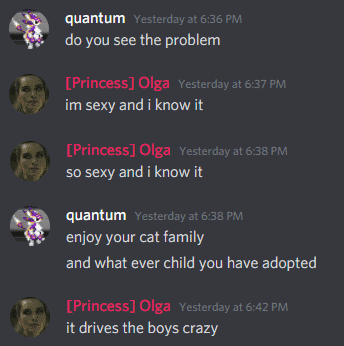 More than an hour later, Aiko Danuja still didn't see eye to eye with aiva. As a result, aiva grew frustrated and annoyed with his council member. 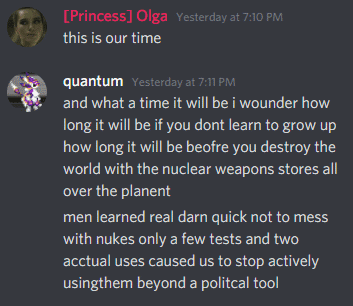 In a last-ditch attempt to make Aiko see reason, aiva threatened that the world would end if she didn't agree with him. 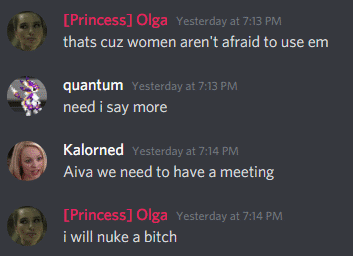 aiva was confident that he'd won the debate, but there were more important matters to deal with. 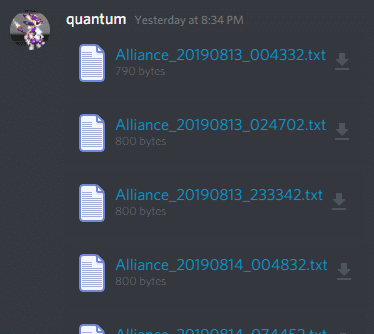 aiva gave his council an update on his most prized secret project of all. He had described it before, but now he presented the council with a bunch of random alliance chat logs from 2019. 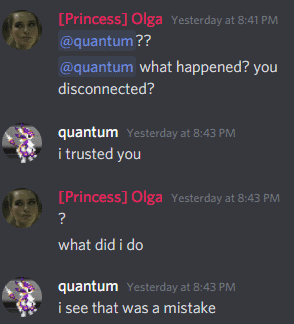 That's when it all fell apart. 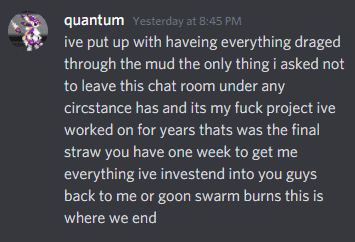 For months, aiva had endured the unendurable. He'd been mocked and humiliated and forced to pretend that he was a highsec miner instead of the Imperium's mastermind. Now they'd gone too far. He demanded the return of the billions--tens of billions--that he'd invested in his titan fund. 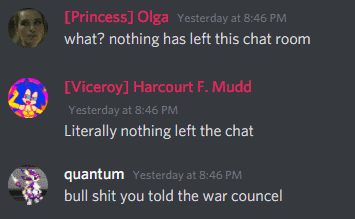 For the first time, something truly precious to aiva had been leaked. He could no longer take for granted the absolute privacy of the Discord channel.

And what was the secret project that had gotten aiva to turn against his council and threaten to burn down the Imperium? 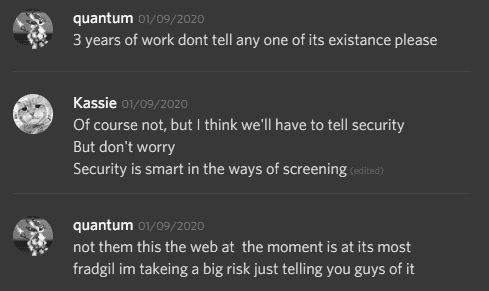 It was his plan for a "nullsec internet", which he'd first spoken of a few months before. Someone in the council had told an Imperium bureaucrat about it. His dreams shattered, aiva couldn't continue as before. It was over. 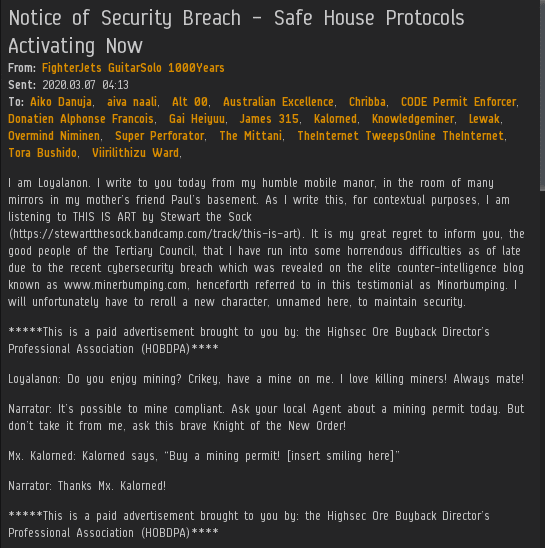 aiva's council leapt into action. They gave aiva a coded message and instructed him to send it out via EVEmail to a set of key Imperium officials. 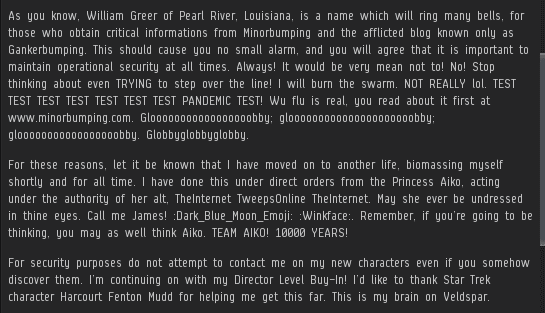 The message was so well encrypted that its full meaning could not be cracked even by aiva's supercomputer of a brain. 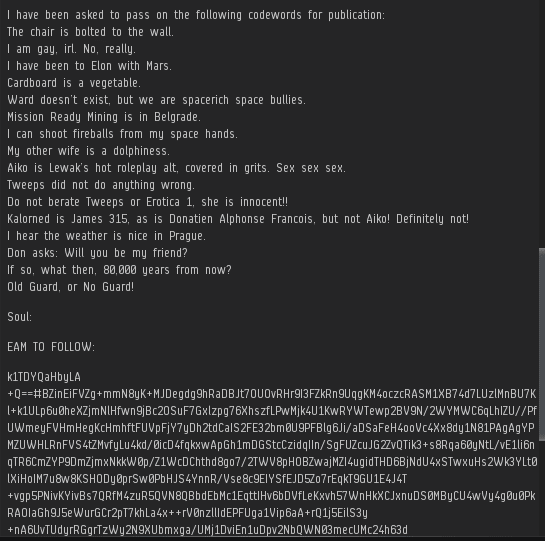 Nevertheless, aiva was convinced that the contents of this message would be understood by those who received it. 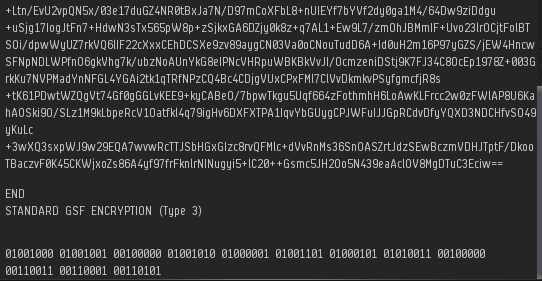 A question remained, however: Could aiva still trust his council? Was this the end of aiva's career as chief strategist of the Imperium--and the end of his weekly payments?