Previously, on MinerBumping... VictorStark Stark raged against Agent Aiko Danuja in local chat. VictorStark was apparently angry about losing all of his assets. But would he ever calm down? 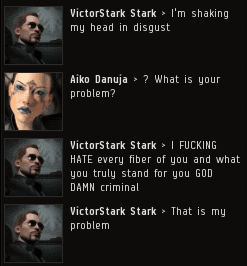 VictorStark tracked Aiko down and berated her in local. On occasion, he used his newly impoverished main character for the purpose. But he mostly preferred to speak through his alt, Lilliana Lestrange. (Also newly impoverished.) 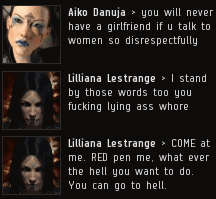 VictorStark felt free to say whatever he wanted to Aiko; he had nothing left to lose. 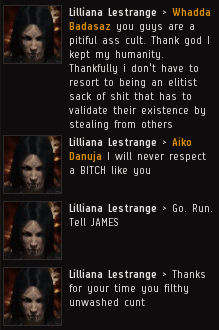 Unlike VictorStark, Aiko had friends and allies. Whenever he spotted individuals associated with Aiko, VictorStark raged against them, too. 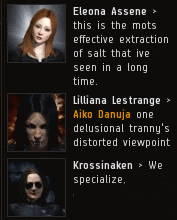 One potential downside to using local chat as a forum: Random passersby witnessed the spectacle. They didn't side with VictorStark--though they were curious as to the source of his anger. 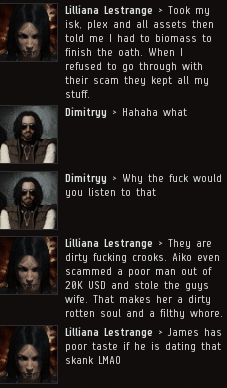 VictorStark had become obsessed with Aiko, the Agent to whom he'd assigned most of the blame for the loss of his assets. He read everything he could about her, including some particularly wild rumors about her exploits. (Apparently you can lose your spouse in a Bonus Room. But if you win, you become a bigamist.) 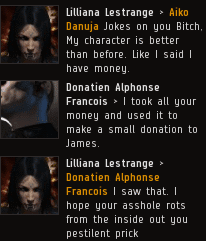 Though he was clearly upset with the Agents, VictorStark didn't want people to view him as a victim. He claimed to have upgraded his character with lots of PLEX and skill injectors.

As time went on, the Agents began to doubt VictorStark's willingness to calm down and obey the Code. He truly seemed to despise them.

VictorStark believed pretty much everything he'd heard about Aiko. However, he doubted whether she was literally a princess. Then again, many sources spoke of Aiko's royal blood. VictorStark had to wonder. 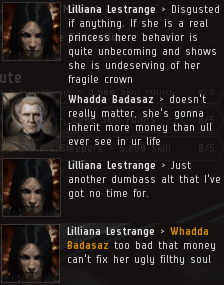 Actually, maybe Aiko really was a princess. That would be just like the cruel, unfair world that VictorStark lived in--a world where an honest guy couldn't trash-talk an alliance and then immediately join and become a leader of it. 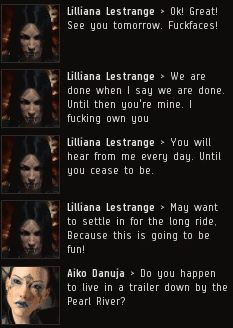 Most miners calm down after a few hours of crying in local. But VictorStark vowed to keep up the fight. This time, the miner's tears would continue until systemic change was accomplished. 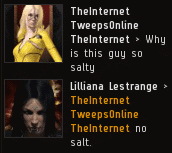 And he didn't need to calm down. He was calm, thank you very much. 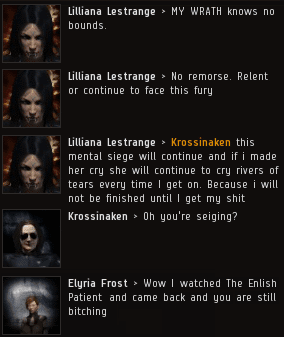 VictorStark felt he was making progress. He was harvesting tears from Aiko! 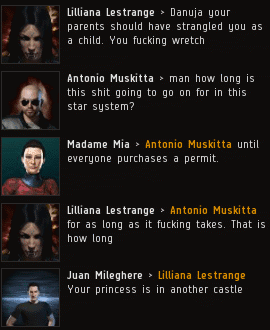 The siege would continue.